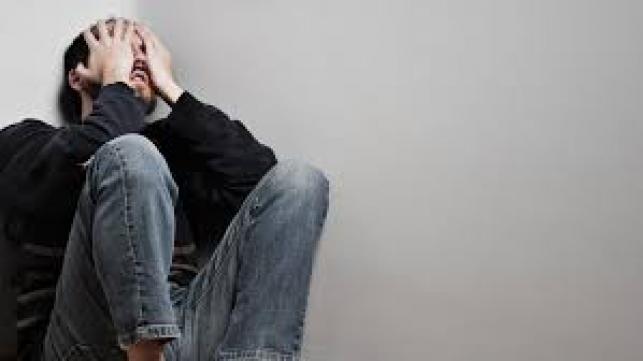 NEW DATA has revealed that there has been over 50,000 mental health-related ambulance call outs in the last five years across Scotland.

Figures obtained under a Freedom of Information request by the Scottish Liberal Democrats found that there were 54,548 ambulance call outs related to mental health issues since 2012-13.

The Scottish Liberal Democrat’s health spokesperson, Alex Cole-Hamilton, criticised what he claimed was a “passive approach” to mental health from the SNP, despite the Scottish Government announcing a new mental health strategy in March that committed the government to investing more than £300m into mental health over the next five years.

Cole-Hamilton said: “The work that our emergency services do is incredible however these new figures demonstrate the scale of the challenge they face. While there will, of course, be people for whom an ambulance is the most appropriate service, for others a call out will be a testament to the failure of other services to intervene and provide the treatment they need earlier.

“While there will, of course, be people for whom an ambulance is the most appropriate service, for others a call out will be a testament to the failure of other services to intervene and provide the treatment they need earlier.” Alex Cole-Hamilton

“We have heard the SNP’s warm words on mental health time after time but are yet to see the action they promise. Their new mental health strategy, a blueprint for next 10 years, was 15 months late and derided for its lack of ambition. Children are waiting almost two years for treatment, and it was recently revealed someone waited 1,200 days to be discharged from a mental health unit. New staff have been promised, but there is still no detail on when who or where they will be.

“This passive approach will not deliver the step change in mental health we desperately need. Scottish Liberal Democrats want to end the underfunding of mental health, establish new units for children and provide more professionals at more locations capable of delivering treatments and therapies.”

However, Minister for Mental Health Maureen Watt said: “We are working to increase access to psychological therapies for everyone and improve responses for people who are in distress or crisis through our new Distress Brief Interventions programme. The Scottish Ambulance Service is a key partner in this development.”

“We are working with health board partners to support the safe and effective delivery of mental health services across Scotland.” The Scottish Ambulance Service spokesperson

This is on top of an additional £150m that was announced last year for improvement and innovation in mental health.

A Scottish Ambulance Service spokesperson said: “We are continuing to work closely with mental health services to ensure we provide the highest possible level of care for vulnerable patients, including those who are experiencing a mental health crisis.

“The Service is represented at the Mental Health Scottish Patient Safety Programme, and we are working with health board partners to support the safe and effective delivery of mental health services across Scotland.”

Mental health training is part of the Vocational Qualification programme that ambulance staff go through to make sure that they have an understanding of mental health when treating and transporting patients.