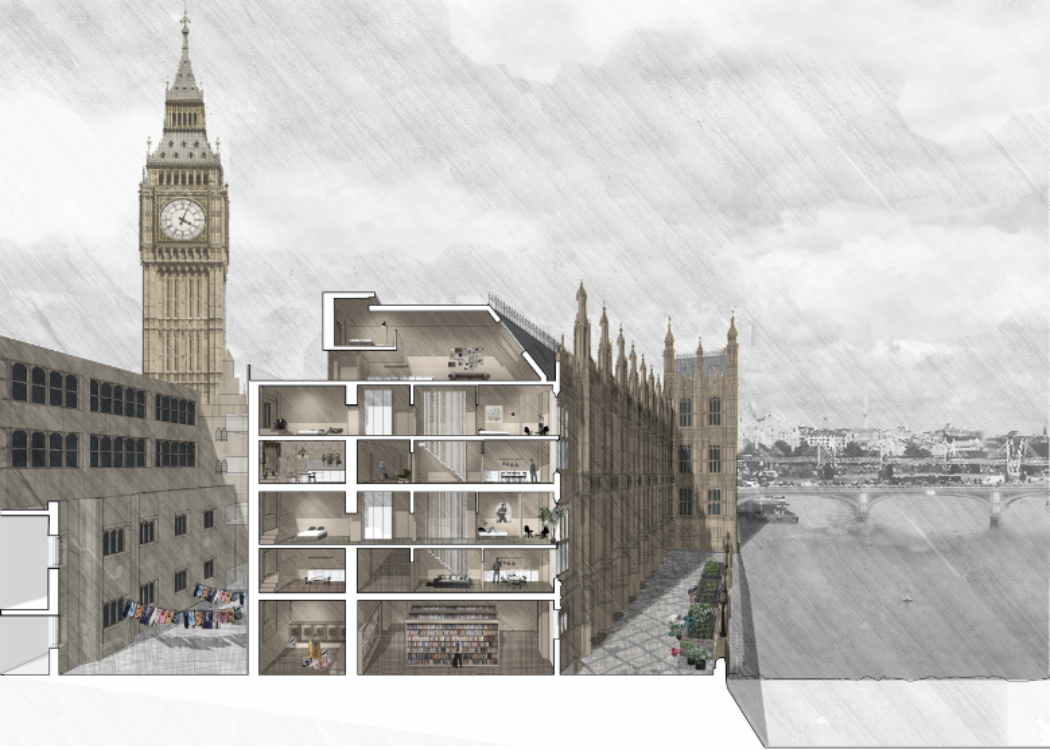 Parliament could be transformed into affordable homes, with a swimming pool where the debates chamber is currently located

GENERATION Rent, a campaign group for more affordable private-rented homes, has supported the proposal of an architect to turn the Palaces of Westminster into affordable flats and moving the parliament to Hull, helping the drastic affordable housing shortage in London and boosting the economy of the North of England in one go.

The proposal, by Generation Rent supporter Jay Morton, who specialises in social and affordable architecture, would see the palaces of Westminster transformed into three-bed maisonettes and for families as well as additional one and two bed flats.

Swimming pools would be put in where the parliamentary debating chamber is currently located, and the numerous Westminster courtyards would provide garden space.

The campaign group said that moving the parliament to Hull would create 5,000 new jobs in the North of England, and the cheaper prices of rent for MPs would cut the parliamentary rent bill by a third, over PS3m.

“The average one-bed home in London costs PS1,148 to rent per month. Hull has the cheapest rent in England of PS325 per month for a one-bed home – and an economy that could be revived with an injection of public spending in the form of a parliament,” Generation Rent said.

Generation Rent does not believe its idea will ever come to fruition, but hopes that the proposal “gives MPs a sense of humility and some urgency to ending the housing crisis”.

“Renters are being crushed by high rents, poor conditions and almost no security of tenure,” Generation Rent added. “With their generous rent allowances from the taxpayer, MPs are cocooned from the housing crisis so they’re largely indifferent to the plight of renters. One way our politicians could bear their share of austerity is if we relocated parliament to the least expensive part of the country.”

The speaker of the house, John Bercow MP, has said that the parliament may have to be “abandoned” if extensive repair work is not enacted.

Bercow said that a PS3bn bill for repairs is a “realistic scenario”.