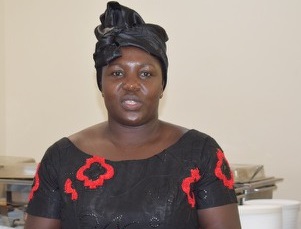 Sheppard: “My constituent Comfort is just the latest person to fall foul of the incompetence and callousness which seems to be widespread in the Home Office.”

A WOMAN in Dungavel detention centre has been given temporary reprieve from deportation to Ghana after the intervention of her MP, who says the Home Office reversal is just the latest case of “incompetence and callousness” in its detention and removal system for those seeking citizenship in the UK.

Comfort Otiwaa Dwamena has been in the UK since 2005 and lives in Edinburgh.

After various attempts to secure leave to remain and work permits, Dwamena submitted a visa application in September 2017, but only found out it was rejected with no right to appeal earlier this month when she was taken to Dungavel Detention Centre and told she would be deported to Ghana.

ANALYSIS: How many controversies must occur before Dungavel is finally closed?

Tommy Sheppard, SNP MP for Edinburgh East, told CommonSpace that after make appeals to the Home Office, they put a “temporary block on her removal while her case is looked into”, and blamed “incompetence and callousness” by the UK Government for the situation

Sheppard said: “My constituent Comfort is just the latest person to fall foul of the incompetence and callousness which seems to be widespread in the Home Office. Comfort was never informed of the refusal of her last visa application and this obviously denied her the opportunity to appeal, provide further submissions or make a fresh application. The first Comfort knew of the refusal was when she was taken to Dungavel and told she would be put on a plane to Ghana.

“Comfort’s case is symptomatic of a key UK Government department which is under-staffed and starved of funding. The morale of staff is reportedly poor and they are provided with insufficient training. All this combined with Theresa May’s flagship ‘hostile environment’ policy leads to an institutional culture where refuse and remove is the default position. It’s no wonder that injustices like this are all too common.

“As soon as I learned of Comfort’s case, I immediately raised it with the Home Office and my office followed up again today. They have agreed to my request to put a temporary block on her removal while her case is looked into. I will do everything within my power to see that Comfort can return to her home in Edinburgh where she has lived happily for many years with her partner.”

Dwamena had been living in Edinburgh with her partner Kwame; they have two children together. Kwame arrived in the UK two years before Dwamena in 2003 and had been a nurse, before having his work permit rescinded in 2007. The couple had been trying to secure leave to remain since 2010 before submitting separate Visa applications last year. Kwame’s section 120 application decision is still pending.

Asked if he thought they had been treated fairly by the Home Office, Kwame told CommonSpace:

“No is an understatement. The government has destroyed our family lives because we have never been able to live with our two daughters; one of whom was born in Scotland in 2007, but was sent home [to Ghana] due to extreme hardship upon losing my job as overseas nurse in the NHS.”

Lord Callaway, the Lord President, found in a January 2017 court verdict that the meaning of the 2007 letter on whether they should be forced to leave was “obscure” and said their situation should “be regularised one way or another”. Kwame claims this verdict has not been acted upon by Home Office lawyers.

CommonSpace contacted the Home Office for comment on Dwamena’s situation and Sheppard’s claims of Home Office incompetence and callousness in its handling of it. A Home Office spokesperson responded by saying: “We do not routinely comment on individual cases”.