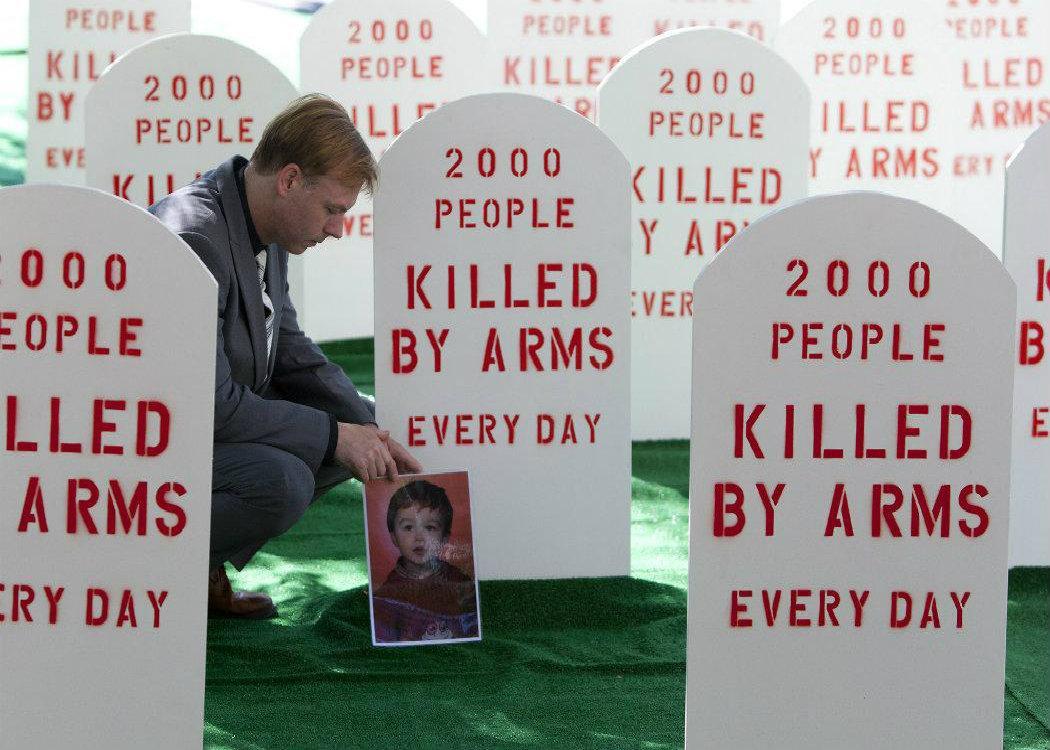 POLITICIANS from across party divides united at Westminster yesterday to confront the UK’s record of arming abusive and warmongering regimes across North Africa and the Middle East.

The debate on the UK’s multi-billion pound trade in weapons faced criticism for selling weapons to countries that use child soldiers, for supplying Israel’s occupation of Palestine, for supplying weapons used in alleged war crimes in Yemen, and for propping up the Saudi Arabian dictatorship.

The Defence and Security Equipment International arms fair welcomed at least seven countries who oppress their population through torture, executions and a lack of open election or freedom of speech.

Labour MP Ann Clwyd, who called the event, said: “It is time for change — fundamental change. The UK Government need to change their policies and practices, and end their military sales to despotic regimes. That change would prove popular, because 70 per cent of UK adults who were recently polled agreed that the UK Government should not promote the sale of British military equipment to foreign Governments who have a poor record on human rights.”

The ongoing humanitarian catastrophe in Yemen – where 20m people require emergency aid in the midst of a war and blockade by Saudi Arabia – is the latest case where UK supplied arms are involved in reports of indiscriminate attacks on civilians.

Paul Flynn, MP for Newport West, said: “At least 4,000 people have been killed in the past few months. Last week, on Newsnight, we saw a water-bottling plant that was bombed, with the workers turned into carbon. All that was left of them was their burned bodies, and we had a hand in doing that.

“The extraordinary thing is that the government are behaving in two different ways: they are providing humanitarian aid, which we do very well–the government should be congratulated on their record of maintaining the 0.7 per cent aid budget — but, on the other hand, they are feeding the war machine that is causing death and creating refugees.”

Recent reports by The Independent found that the UK sells arms to 19 of the 23 countries in the world that use child soldiers or commit grave violations against children.

“It is crucial to support humanitarian efforts and ensure that arms are not sold directly or indirectly to countries or regimes that deploy child soldiers,” Cameron added.

The Campaign Against the Arms Trade – which supports a transition towards a pro-peace economy – has also advocated arms embargoes on countries involved in human rights abusing, including the case of Israel’s bombings of Gaza.

MP for Cardiff Cental, Jo Stevens, spoke out in favour of the campaign: “The Israeli assault on Gaza in July and August 2014, in which 2,205 Palestinians were killed, including 521 children, is only the most recent example of the Israeli government’s indiscriminate acts of violence against the Palestinian people, but the United Kingdom continues to treat Israel’s defiance of international law as, at best, an inconvenient detail to be worked around when making decisions on arms trade control.”

However, the largest recipient of UK arms exports is the Gulf dictatorship of Saudi Arabia.

Margaret Ferrier SNP MP for Rutherglen and Hamilton West highlighted the ongoing case of 17 year old political activist Ali Mohammed al-Nimr, who is set to be crucified for his political campaigning.

Ferrier said: “Ali is but one of countless examples of Saudis falling foul of the ruthlessly relentless regime. While human life holds little or no value to the Saudi establishment, our own government seemingly place a high value on the arms business.

“Saudi is one of the largest arms export markets, worth billions of pounds to our Exchequer: blood money that the UK Government are happy to take. We supply weapons and ammunition. We deliver military aircraft and we help to train Saudi personnel. We even co-operate with the military action. Saudi is leading the coalition that is bombing Yemen, killing and maiming many civilians as well as destroying their homes. This is being done, with the apparent blessing of the UK, using arms purchased from us.”

Ellwood argued that selling arms presents an opportunity to be “frank” and build relationships with abuses regimes.

In the case of Bahrain, he said: “Bahrain is a great example of where that allows us to be frank and up front about human rights concerns. I will write to [Tania Mathias MP] with the detail on how our experts are working with the Bahraini government to improve human rights. That is welcome, and we can do it and be frank with them because we have built up that relationship.”

For the past week CAAT campaigners have attempted to block the DSEI arms fair in East London.

Dr Tania Mathias, the Conservative MP for Twickenham, commented in the debate: “As Amnesty has reported, shockingly, companies at the 2013 arms fair were selling cluster bombs and equipment for torture. I am not reassured that this year’s arms fair will not involve the sale of cluster bombs, torture equipment, depleted uranium, phosphorous or other items that I do not believe to be ethical, which no Londoner would wish to have sold in this area.”