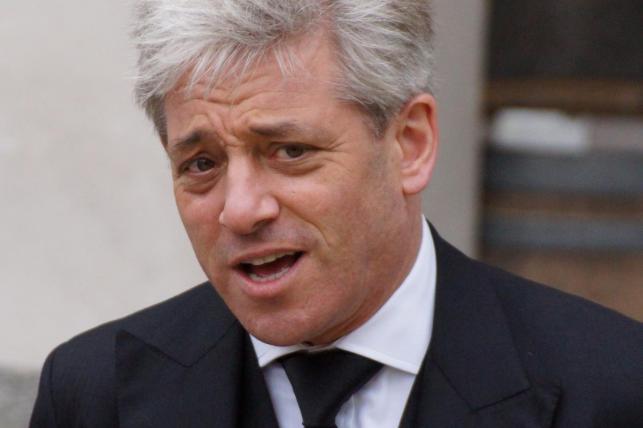 Tory MPs to lodge no confidence motion against Speaker John Bercow, as pressure for a formal investigation mounts

FOLLOWING allegations of bullying against Speaker of the House John Bercow which came to light in a BBC Newsnight report last week, Tory MP Andrew Bridgen – a longstanding critic of Bercow – has said he will lodge an early day motion of no confidence in the speaker on Monday.

The Newsnight report, which alleged that the Buckinghamshire MP had bullied a former member of staff in 2010 -11 and that she had been signed off sick as a result, has been roundly denied by Bercow.

Bridgen is gathering signatures in support of his motion of no confidence in the Speaker. He said: “The only way to deal with a bully is to stand up to him or her. It is why I am now calling here and now for John Bercow to stand down as speaker.”

Bridgen said Bercow’s bullying tendencies were “obvious to anyone who watches his performances in the chair”, and criticised the Speaker’s manner of “lashing out at elected MPs as if they were schoolchildren in need of the benefit of his chastisement”.

James Duddridge, another Tory MP who has criticised Bercow in the past has suggested that the Speaker should be referred to the House of Commons’ standards committee. Duddridge has also pointed out on Twitter that Bercow pledged to serve as Speaker for only nine years, a period which is due to end in June of this year.

Duddridge said: “He is clinging on by his fingers. I think we could do with a proper Speaker that sees the role as managing the House of Commons and defending backbenchers, rather than promoting themselves.”

Green Party leader Caroline Lucas has said she is requesting an urgent question on an investigation into the matter, and for Westminster’s new independent complaints system to be extended to include members such as Bercow who are employed directly by the parliament.

Given that Bercow would ordinarily decide whether to allow such a question to be asked, Lucas told the Observer: “I think at the very least he should withdraw from that decision and that the three deputy speakers might judge on that. There might also be a case for stepping back temporarily if an investigation is carried out.”

It is understood that a number of Labour MPs are also seeking an urgent question on the matter, while others, including Harriet Harman, Chris Bryant and deputy speaker Sir Lindsay Hoyle are reportedly hopeful of replacing the speaker.

Newsnight also made allegations of bullying by Conservative MP Mark Pritchard and Labour MP Paul Farrelly, and suggested that there was a “culture of fear” at Westminster – an accusation refuted by the House of Commons.

A spokesperson said the characterisation was a “grotesque exaggeration” and that new complaints procedures and training had been introduced since the incidents alleged in the report.