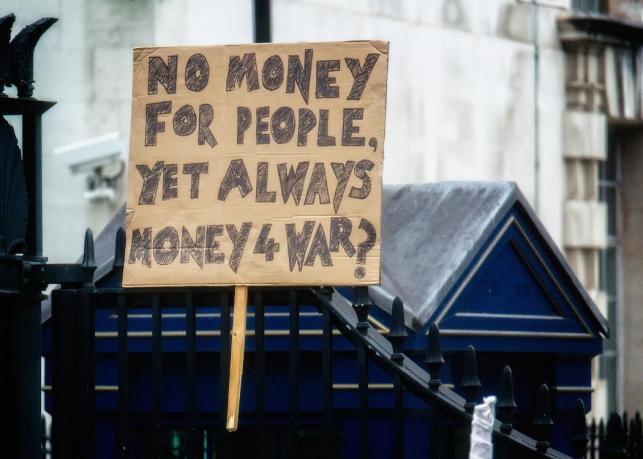 SNP call for urgent clarification of bombing strategy in Syria

POLITICIANS from across the opposition benches of the House of Commons have cautioned the Tory minority government over any rush to expanding the conflict in Syria.

An early day motion signed by Clive Lewis (Labour), Scottish Liberal Democrat Jo Swinson, the Green Party of England and Wales’ Caroline Lucas, Jonathan Edwards from Plaid Cymru, and SNP MP Stewart McDonald called for a vote in parliament to be called if any attempt was made to extend UK bombing or military operations beyond what was previously defined by parliament in December 2015.

The warning – significant given the Tory’s weakened position – follows recent moves by US forces to intensify pressure on Syrian forces loyal to regime leader Bashar al-Assad, including a strike on a Syrian airforce jet.

Commenting, military minister Michael Fallon said that the UK “will fully support any US action” – risking dragging the UK even deeper into the prolonged and bloody civil-conflict.

The UK has struggled to find a united response to the Syrian conflict. Former Prime Minister David Cameron was previously forced into a climbdown when failing to secure a parliamentary majority for a bombing campaign against the Syrian Government in 2013.

Cameron returned to parliament in late 2015 with a new proposal to expand bombing operation against Daesh (Islamic State), operating across Syria-Iraq. The new strategy, despite contradicting previous proposals to overthrow Assad, began directing strikes against the same enemies of the Assad government.

However, it was also premised upon claims of an 70,000 strong ‘moderate’ combination of ground forces – which was dismissed as a ‘phantom army’ by critics.

Stewart McDonald MP, the SNP’s military spokesperson, added: “The comments from the Defence Secretary to back any and every US military action in Syria follow on from similar remarks from the Foreign Secretary, and shows complete contempt for this parliament and democratic processes.

“Such consistent rhetoric seems to have become commonplace for UK government ministers – suggesting taking military action without a mandate. It would be unacceptable for the UK government to turn rhetoric to action and bypass parliament in order to once again fall blindly in line to the Trump tune. Michael Fallon’s interview is another step in the worrying direction the UK government is taking in changing the nature of the conflict in Syria to please the Trump administration – without any case being made, without any strategy and without any approval.”

Investigative group Air Wars have found that at least 4,118 civilians have been killed in the over one thousand day Western-led bombing campaign across Iraq and Syria.