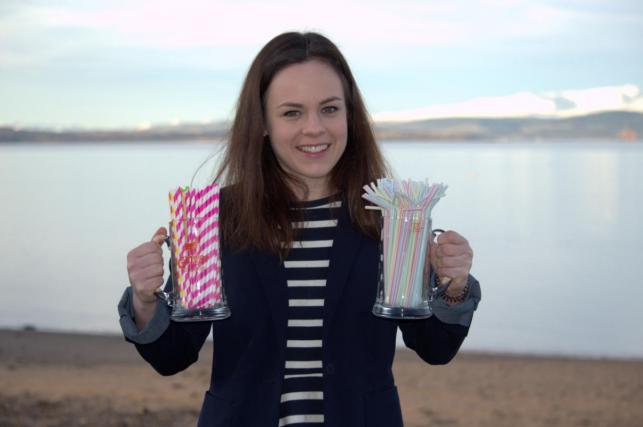 Kate Forbes, an advocate for the Last Straw campaign, said: “No change should put greater burdens on people with disabilities”

SNP MSP KATE FORBES has offered reassurances to disabled representation activists that the proposed Scottish ban on plastic straws advocated by the Last Straw campaign should have “no adverse impact on people with disabilities”.

The Final Straw campaign, which aims for a “plastic straw free Scotland”, has already been endorsed by the Marine Conservation Society Scotland, the World Wildlife Federation (WWF) Scotland, ScotRail Alliance, CalMac, several Scottish councils and by the Scottish Parliament, which announced earlier this year that its plastic straws would be replaced with paper alternatives.

One in Five, which campaigns to increase political participation amongst people with disabilities in Scotland, wrote to Forbes, MSP for Skye, Lochaber and Badenoch, stating: “We believe that organisations are racing ahead to source alternative straws in response to understandable environmental concerns but in doing so have not fully considered the needs of some disabled people.

“As you may be aware, most paper and plant-based alternatives are not flexible or suitable for drinks over 40C, therefore increasing the risk of choking. Metal straws can be dangerous for people with neurological conditions such as Parkinson’s whereas reusable plastic straws present hygiene concerns to people with specific health concerns.”

“Businesses are understandably responding to environmental concerns but in reacting so quickly the needs of their disabled customers risks becoming an afterthought.” One in Five founder Jamie Szymkowiak

On release of the letter, One in Five’s Pam Duncan-Glancy commented: “Protecting the environment is essential if we are to create the world we want for future generations. Action to do this is necessary. However, as with all policy decisions, we must consider the impact of them on different groups, including disabled people.

We welcome Roseanna Cunningham’s decision to appoint a disability adviser to the government’s expert panel and believe that this will go some way to ensuring the actions taken do not disproportionately affect disabled people.”

Completely agree that no change should put greater burdens on people with disabilities or those who need to use straws. My response below pic.twitter.com/9ZtzmIjAl3

One in Five founder Jamie Szymkowiak added: “Businesses are understandably responding to environmental concerns but in reacting so quickly the needs of their disabled customers risks becoming an afterthought. We ask that businesses consider the needs of disabled people before ditching plastic straws completely.”

Forbes, who sits on the Scottish Parliament’s environment, climate change and land reform committee, responded today (15 February) with a public letter posted on her Twitter account. Forbes wrote: “I recognise that there are some people who need to use a straw and indeed I have a family member with a disability and therefore I understand your concerns on a first-hand basis.

Forbes reiterated her recognition of the concerns expressed by One in Five, previously expressed in a Scottish Parliament debate on the issue in early February, saying: “In every call I have made to ditch plastic straws, and as recently as last week in the Scottish Parliament chamber, I have always made clear that alternatives must be readily and easily available. In my meetings with businesses, we have always discussed what alternatives they will provide to customers who need a straw to drink.

“No change should put greater burdens on people with disabilities or those who need to use straws.”

According to One in Five, of the ten organisations that have reportedly committed to phasing out plastic straws contacted by One in Five, not one of them could confirm whether or not their alternative straw was suitable, and four of the companies have now committed to keeping some plastic straws for those with disabilities until a suitable replacement can be found.

In her letter, Forbes wrote that she would be happy to discuss the matter further with representatives of One in Five.