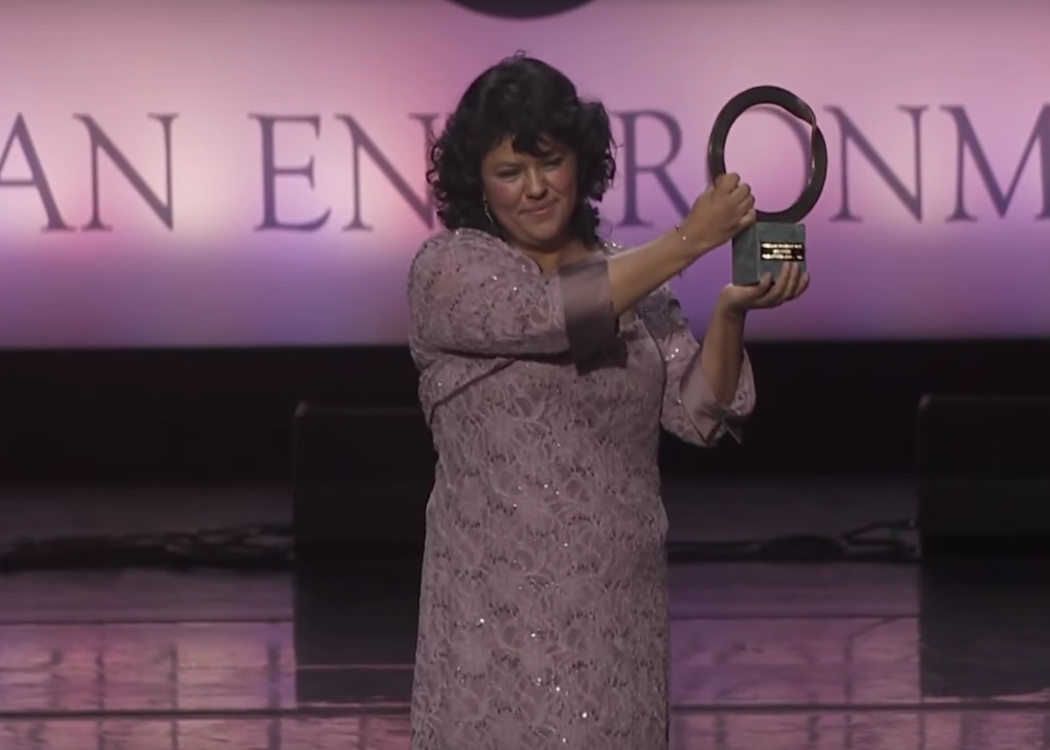 THE MURDER on 2 March of Berta Caceres, a Honduran land rights leader and indigineous activist, has sparked outrage, with campaigners calling for an investigation into her death.

Caceres, 45, was a leading environmental and land rights campaigner in her native Honduras, and had continued with her work despite receiving death threats from the army, police and landowners. She was shot four times in the head by gunmen in her home on 2 March.

“Berta’s murder illustrates how Scotland is not the only country where tensions over land rights are rising.” Megan MacInnes

50 international organisations have since issued a statement calling for an international investigation into Caceres’ death and for protection for her family and colleagues.

One of the signatories is Global Witness, an NGO which researches links between environmental exploitation and human rights abuses. Last year it issued a report which showed that at least 109 land and environmental activists were killed in Honduras betewen 2010 and 2015.

Megan MacInness, Land Advisor with Global Witness who has given previously given evidence to the Scottish Parliament on its land reform bill , told CommonSpace: “Berta’s murder illustrates how Scotland is not the only country where tensions over land rights are rising. She is the most recent victim in a growing trend of high-profile land activists around the world who are facing death, violence and intimidation.

“This hidden crisis is escaping public attention because of inadequate monitoring and the remote locations where many activists live. But urgent action is needed to protect those in the firing line, and bring perpetrators to justice.”

In 2015 Caceres won the Goldman Environmental Prize for her work with the Lenca people opposing a dam project in Rio Blanco, Honduras. She was the co-founder, in 1993, of the National Council of Popular and Indigenous Orgnizations of Honduras (COPINH), which has faced increasing repression since the military coup in 2009.

The grassroots campaign to stop the massive Agua Zarca dam project was eventually successful, but the activists defending their homes and environment were met with threats and violence.

Accepting the award, Caceres said: “We must shake our conscience free of the rapacious capitalism, racism, and patriarchy that will only assure our own self-destruction.”

Thousands of people gathered at Caceres’ home on Sunday [6 March] and carried her coffin on a 10km march, chanting “The struggle goes on and on” and “Berta Caceres is present, today and forever”, The Guardian reported .