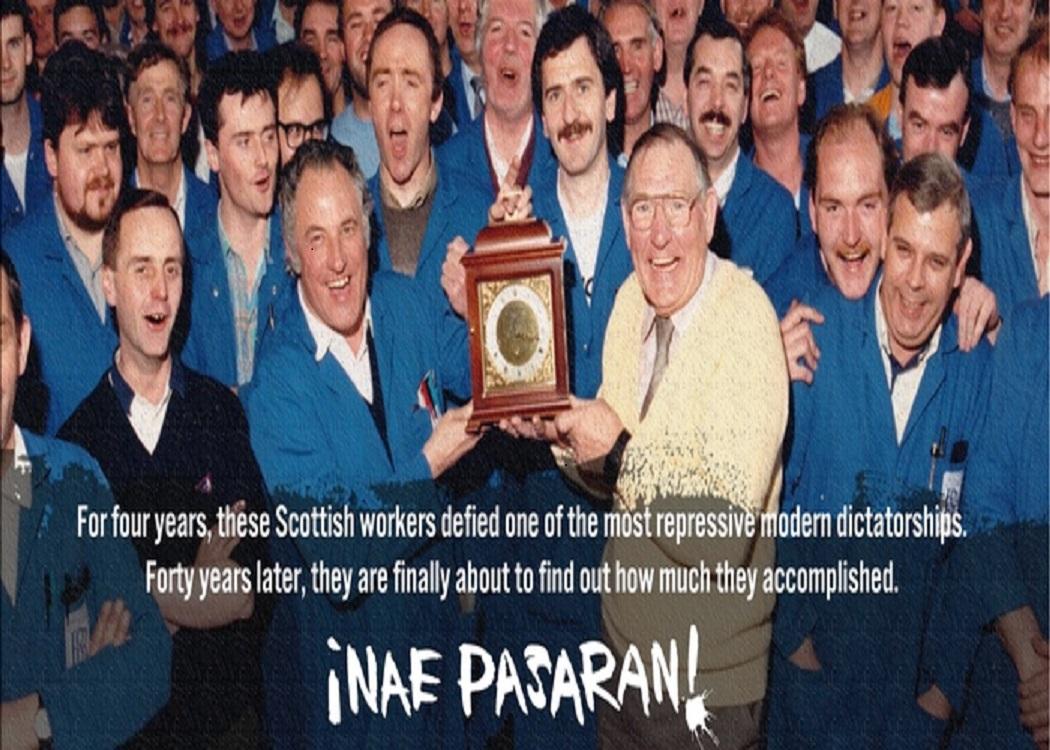 THE makers of a film documentary uncovering the story of East Kilbride engineers who refused to work on or release the engines of planes that General Pinochet used in the 1973 Chilean coup are looking for funding to complete the project using an online crowdfunder.

The feature film, ‘Nae Pasaran’, combines a journalistic documentation with animation to re-live the experience of the workers, who risked their livelihoods to take the solidarity action and are now remembered in Chilean folklore for their part in an inspiring tale of resistance.

The three East Kilbride workers who led the solidarity action at the Rolls-Royce factory had been told and have always believed that the engines were returned to service in Pinochet’s dictatorship after mysteriously disappearing after four years of being kept under lock and key by the workers at the factory.

The documentary will show a startling revelation to the three workers about what really happened to the engines, which had been used by the fighter jets in the 11 September 1973 attack on the Presidential Palace in Santiago, before being sent to the factory in East-Kilbride for repairs.

The film-maker, Felipe Bustos Sierra, is Belgian/Chilean, now based in Scotland. Sierra has already produced a successful short documentary of the story but wants to expand it into a full-length feature film. They are trying to raise PS50,000 to kick-start the film animation production and travel to conduct interviews and filming.

“It’s been a long project to research and our characters and their story have been an incredible buoy throughout, a true barometer to keep us going in the right direction,” Sierra stated.

“This could be the best story we ever get to tell. It’s that good, that rich and that relatable. If you can’t help financially, tell others about the ‘Scots who stopped Pinochet’s engines’. Tell them what we’re doing and get them to this page.”

General Pinochet led the Chilean army in overthrowing the socialist President Salvador Allende, dismantling the civilian government and establishing a military dictatorship. The coup led to worldwide protests, including against the tacit support of the United States government and the CIA in supporting Pinochet’s actions.

You can find out more, watch the promotion video and donate to the project by visiting naepasaran.com.