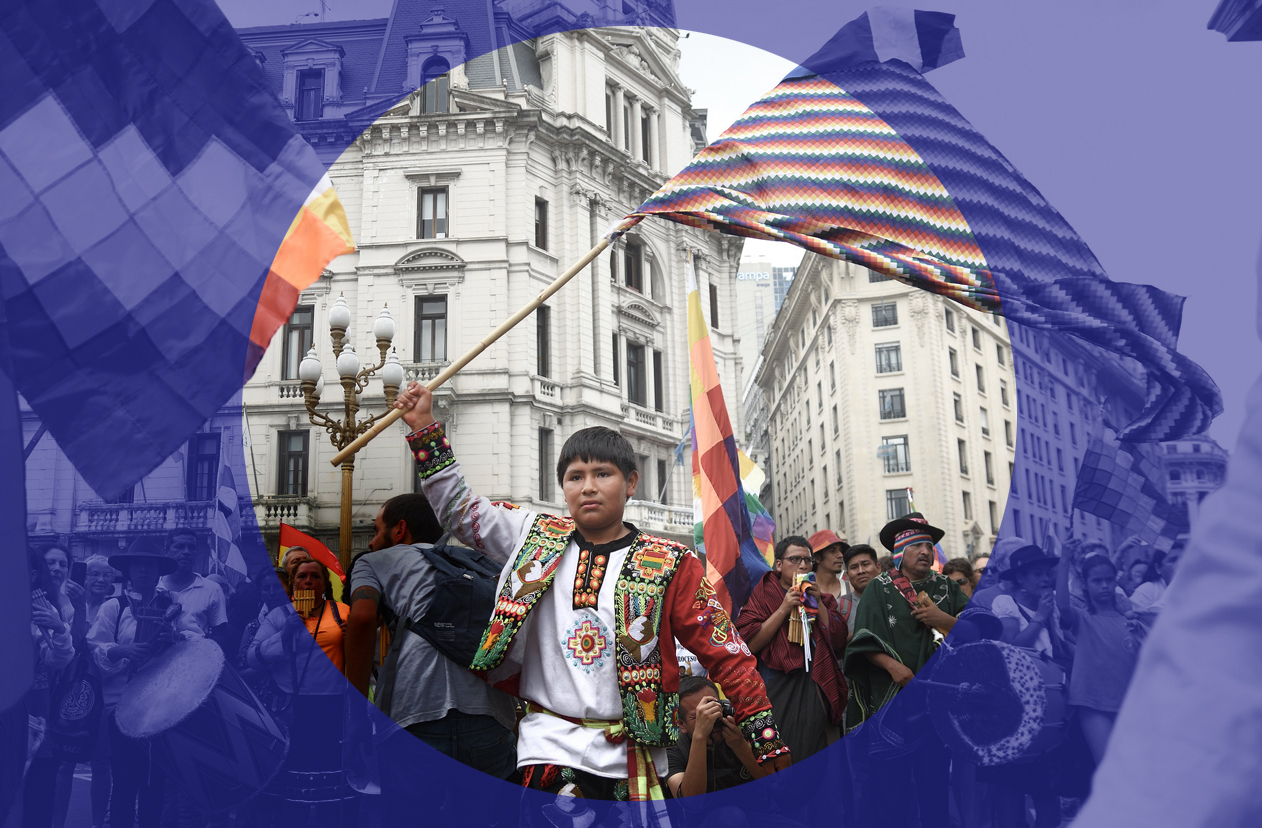 Brazilian journalist and activist Nathália Urban looks at the sensational Bolivian election, where the left appears set to return to power less than one year after being deposed in a coup

After suffering a coup d’état that cost more than 33 lives, left thousands of people injured, and forced important political figures like President Evo Morales to go into exile to survive, official exit polls say that the Movement for Socialism (MAS) will return to power, in a way previously unheard of in Latin America, through democratic elections!

Not only that, the period leading up to the elections was particularly complicated for the Bolivian diaspora, which was forced in the midst of a pandemic to mobilise internationally to be able to have the right to vote. Speaking of mobilisation, it is important to mention that the Bolivian coup leaders did not want to hold elections. They were forced by popular demand, with massive protests and risk of a civil war. Any analysis which starts with yesterday’s election and forgets that yesterday only happened because there was a massive mobilisation is incomplete. And this is a great lesson not only for Latin America, but for all countries that are fighting for democratic changes, that popular mobilisation is essential and that it works!

The almost-certain victory in the first round of Luís Arce and Davi Choquehuanca was greater than the conservative sectors could have imagined. Their efforts to minimise the will of the people, even if it is once more by force, will not be a simple task, a large part of the population has shown that their failed country project will not be put into practice without struggle and popular resistance. The conservatives are disunited; their greediness is bigger than their actual ability to rule.

The former Ecuadorian President Rafael Corrêa says often that Latin America is going through a tragic political moment, that countries are again victims of “Operation Condor number 2”, but it is good to remember that after the original Operation Condor, Latin American resistance shone, fought, died and bled for its freedom and triumphed (even for a few years) with the Pink Tide, but despite everything that has happened and still occurs the people are still hungry for a fight for a better future.

The Foro de São Paulo recently organised a special event celebrating the 50th anniversary of the victory of Salvador Allende, in the event the former Brazilian president Dilma Rousseff said something that, in my opinion, summarises the situation in Bolivia and in the rest of the hemisphere: “Dreams do not die, they collect for a while to soon be dreamed again”.

Bolivia and the Movement for Socialism are giving the progressives the gift of being able to dream for a better future again.