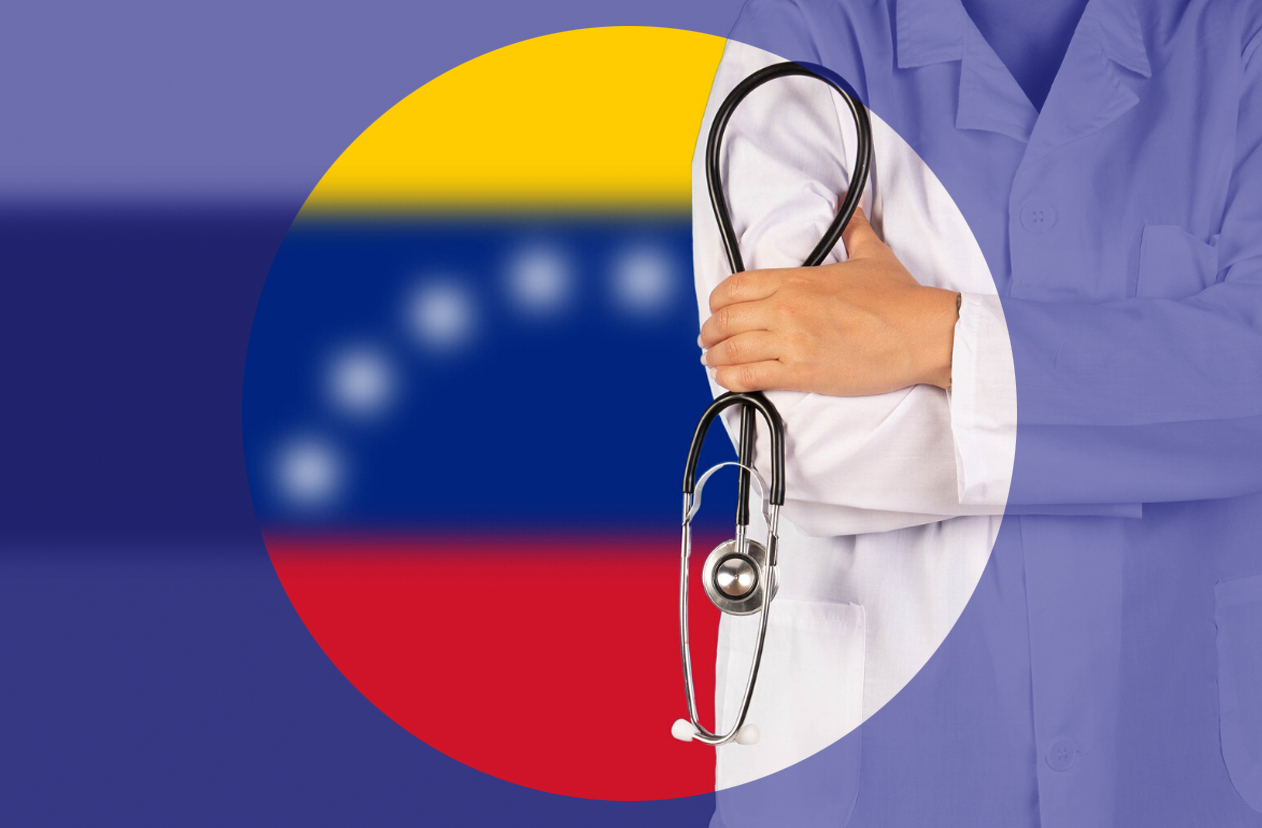 “International solidarity is still something extremely important among the revolutionary governments in Latin America, and not just because it is an act of aid or charity, but also of survival.”

Brazilian journalist and activist Nathália Urban explores the Latin American response to the Coronavirus pandemic, and what lessons the West can draw from it

IN THE MIDST of this storm of uncertainty, fear and death we are experiencing due to the Covid-19 pandemic, few moments have touched the world as much as the arrival of the Cuban delegation of doctors in Italy. Many who may not know the country’s history in depth may have been surprised by this act of medical relief, and even asked why Cuba did this.

To explain: international solidarity is still something extremely important among the revolutionary governments in Latin America, and not just because it is an act of aid or charity, but also of survival.

Due to the sanctions imposed by the United States and other international authorities, small socialist countries in Latin America have learned the importance of sharing the little they have with other nations.

Obviously, the Covid-19 pandemic has broadened the West’s view on the competence of Cuban medical professionals. Cuba has one of the lowest rates of Coronavirus contagion on the continent, thanks to its preventive and humanized medicine project; Cuba’s medical system was carefully planned by Ernesto – better known as ‘Che’ – Guevara, who began his career as a trained doctor.

Despite the world turning its back on the island, Cuba, whenever given the opportunity, has a policy of reaching out in solidarity. The Cuban Ministry of Foreign Affairs stressed that the global crisis calls for cooperative actions between nations, saying: “These are times of solidarity, of understanding health as a human right, of strengthening international cooperation to face our common challenges, values ​​that are inherent to the humanistic practice of the Revolution and our people”.

In Latin America, Cuba and Venezuela are the only countries that suffer from a commercial and economic blockade by the United States. In the Venezuelan case, there are the 145 unilateral measures initiated in 2015, when President Barack Obama considered Venezuela as an unusual threat to the security of the United States. As expected, the situation has worsened exponentially in the Trump administration.

Despite all the financial difficulties faced by both, the countries are at the forefront in the policies of containment of Covid-19; this is because unlike other countries in the region and across the world, the central axis of these governments is the human being, and not attempting to please corporations. Consequently, there is a frequent concern in trying to satisfy the basic needs of the population.

Shortly after the first cases were identified in Venezuela, President Nicolás Maduro announced a series of social protection measures. Among these decisions was the announcement that the state will assume the payment of salaries for the workers of small and medium businesses in the private sector for the next six months, while informal workers, who represent almost 40 per cent of employees in the country, will be eligible for new special bonuses. Maduro has further announced the suspension of rental payments until September 2020, and decreed immobility of employment, preventing layoffs until December 31 of this year.

Despite Venezuela being an oil-rich state, the country suffers financially because of the sanctions imposed upon it. For this reason, the Ministry of Foreign Affairs of Venezuela sent a letter to the IMF (International Monetary Fund), asking for funds to finance the “detection and reaction system” as part of its efforts to fight the Coronavirus. In the statement, Maduro also wrote that his government is taking “different preventive measures and following exhaustive control protocols to protect the Venezuelan people.” Measures like this need funding, which is why the government is “asking its honorable organization to assess the possibility of granting Venezuela a $5 billion credit line from its emergency fund’s Rapid Action Instrument”.

The IMF denied the request, alleging that there is “confusion over the recognition of its government by international authorities”, whilst denying that the loan will directly affect the Venezuelan health system and prevent the country from effectively fighting the Covid-19 pandemic.

Obviously, the decision was well received and approved by the United States, which even though it was also suffering greatly from the global pandemic, used the opportunity to attack Venezuela once again.

This week, the US has accused the Venezuelan Government of having acted in the last 20 years as “a cartel” that collaborated, participated and promoted terrorist actions and drug trafficking. The accusation was made by the American Secretary of Justice, William Barr, who also announced a reward of $15 million for those who collaborated with an eventual capture of the Maduro, who is considered by the Trump administration as the “leader of the cartel”.

In contrast, Brazil couldn’t be worse; Brazilian President Jair Bolsonaro has so far dismissed the virus as a “little flu” and submitted to pressure from the businessmen who are argue that the death of some people is a fair price to pay for keeping the economy running.

In response, many Brazilians have accused their government of being genocidal, and have made daily protests (‘panelaços’) against the government and its policies. Despite the president’s denial, Brazil is the country with the most people killed due to the virus in the region (77 deaths so far).

Equally genocidal is the interim government of Bolivia. Bolivia’s ‘interim’ president, Jeanine Añez, recently announced new military measures to try to contain the Coronavirus throughout the country. The nation’s borders will be closed, even for Bolivians, and the movement of people will be severely restricted.

“Nobody leaves, nobody enters, except for health and safety reasons,” said Añez, who also banned the circulation of public and private vehicles, except those used for safety.

According to Añez, there will be greater participation by the Bolivian armed forces and the police to monitor and enforce compliance the measures. Many people are accusing the government of using the situation to further increase the repression Bolivia has experienced since last year’s coup against former president Evo Morales, and that they are not making any kind of effort to invest in better hospitals. As claims mount that the government is limiting the people’s access to health services, reports of police brutality and riots have exploded across the country.

Already, the pandemic has also delayed Bolivia’s presidential election date; since the coup which removed Morales, the country has been ruled by a conservative elite. Yet despite the seriousness of the situation, both Añez and Bolsonaro have so far refused help from Cuba, which has offered to send doctors to both countries.

Although the Peronista Argentinian President Alberto Fernandez is not as revolutionary as Maduro and the PCC, Argentina, despite being deeply indebted, has prioritized the strengthening of the state and placed its citizens as a priority. The country has 225 confirmed cases and four killed by Covid-19, and as the government of Fernandez faces a serious global problem, it has used the hand of the state to institute urgent and severe measures and instructions in the area of ​​health, social protection and welfare.

Thus far, Fernandez’s government team has received support from opposition legislators and governors. Unlike Brazil, the various ministerial areas work intensively and in a coordinated manner in the fight against the Coronavirus, in the countercurrent of an economy devastated by its last government’s neoliberal policies.

Among the various health measures, the national government elected to build eight emergency hospital modules in the Province of Buenos Aires – the most populous and infected area – of which five will be in the municipalities on the periphery of the capital and three in the interior of the country. An agreement has been signed between the government and the unions, assuring four billion pesos for social works; this affects 15 million people, or one third of Argentines. State and private workers are on leave for 14 days, while permission to work from home is widespread.

The always-wise Luiz Inácio Lula da Silva, former president of Brazil and one of the leaders of Latin America’s late “pink tide”, said last week: “Now you will realize what a strong state is and what a weak state is”.

Lula also used the opportunity to invite the people of Latin America to make a critical reflection about the dangers of privatization policies, of the minimal state, and the necessity of taxation for the richest, saying: “Only the state has an interest in caring for the most needy people. During all this crisis, a businessman will not appear saying that he will give up profits to take care of the poor people.”

Lula affirms, alongside his fellow Latin socialist leaders, that in politics, well-being and most importantly people’s lives cannot be put aside because of the market’s demands.