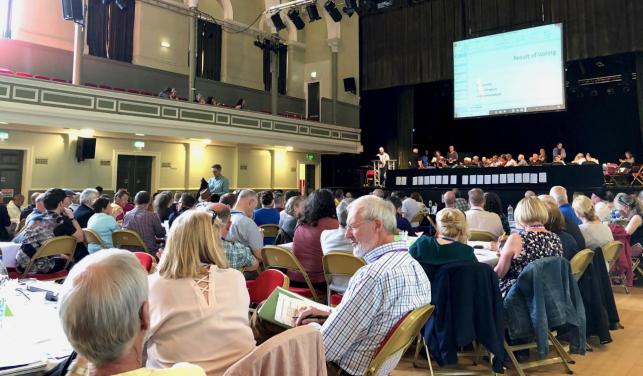 The National Yes Registry have agreed with the SNP an officially recognised grassroots consultation on the Growth Commission report on the economics of independence. The group explains below how the process will work.

FOLLOWING successful discussions at our recent national meeting of IndyApp Group Editors in Dunblane on 22 September, it was agreed that a grassroots’ consultation process on the Scottish Growth Commission should be organised by the National Yes Registry. There were 108 attendees at the meeting on the day, representing 70 groups. Keith Brown (Depute Leader of the SNP) also took part in the discussions, giving a 20 minute presentation followed by an 80 minute Q&A session. Discussions among the group representatives then continued after Keith left. These discussions have led to the announcement that follows.

The National Yes Registry has been in talks with the SNP to organise an officially recognised grassroots consultation on the Scottish Growth Commission’s report.

READ MORE: ‘The grassroots will win it’: IndyApp founder explains why building networks is vital to #indyref2

The objective is to facilitate a full and comprehensive grassroots consultation on the findings of the Commission’s report. This is an important wide ranging economic discussion document and the Yes movement must have the opportunity to consider it formally and in full. Such a process could be as much about education, deliberation and development of the issues raised, as it is about simple consultation on them. It has therefore been agreed that the consultation process be designed by and held under the auspices of the autonomous pro independence groups themselves. It should also be transparent, participatory and completely independent of party politics.

To this end, and after positive discussion on the issue at our recent national meeting of local group IndyApp editors, it is proposed that the Gathering#2 be used (in part) as the vehicle to begin this grassroots’ run and controlled consultation process.

Gathering#2’s agenda will therefore include:

– Further development of topics raised by the groups during Gathering#1

– Detailed discussions around issues raised by the Growth Commission’s Report

Gathering#2 will follow the general format pioneered at the first event last May. After further consultation with the groups, the full Commission report will be pre divided into manageable topic areas for Gathering discussion tables to debate and consider.

Each discussion table will present their considerations to the floor of the Gathering. These presentations will focus on providing topic parameters around which the wider, countrywide, grassroots consultation process can take place.

All interested group members can then participate throughout the full consultation period by using their secure group forums on the new IndyApp platform to discuss and develop any topics they have an interest in.

Each consultation topic will also be discussed fully on its own dedicated forum, with each forum setting up a committee to summarise the forum discussions into an agreed ‘Forum Report’. Each of these ‘Reports’ can then be compiled into a full consultation document, published on the IndyApp national forum for review by all groups before being officially submitted to the SNP.

The consultation document will therefore be a summary of the discussions had during the consultation process. The full forum and committee room discussions will also have the great advantage of being archived on the IndyApp and accessible to all group members.

Gathering#2 will be held on Saturday 24 November at the Albert Halls, Stirling. The new IndyApp will be released and rolled out during the remaining weeks prior to the event. A full programme of local group meetings will also be organised in preparation for Gathering#2 and all meeting dates published.  We hope this roll out, and the consultation process itself, will encourage Yessers to join their local groups and participate fully. Non group members can participate by making submissions direct to a local group.