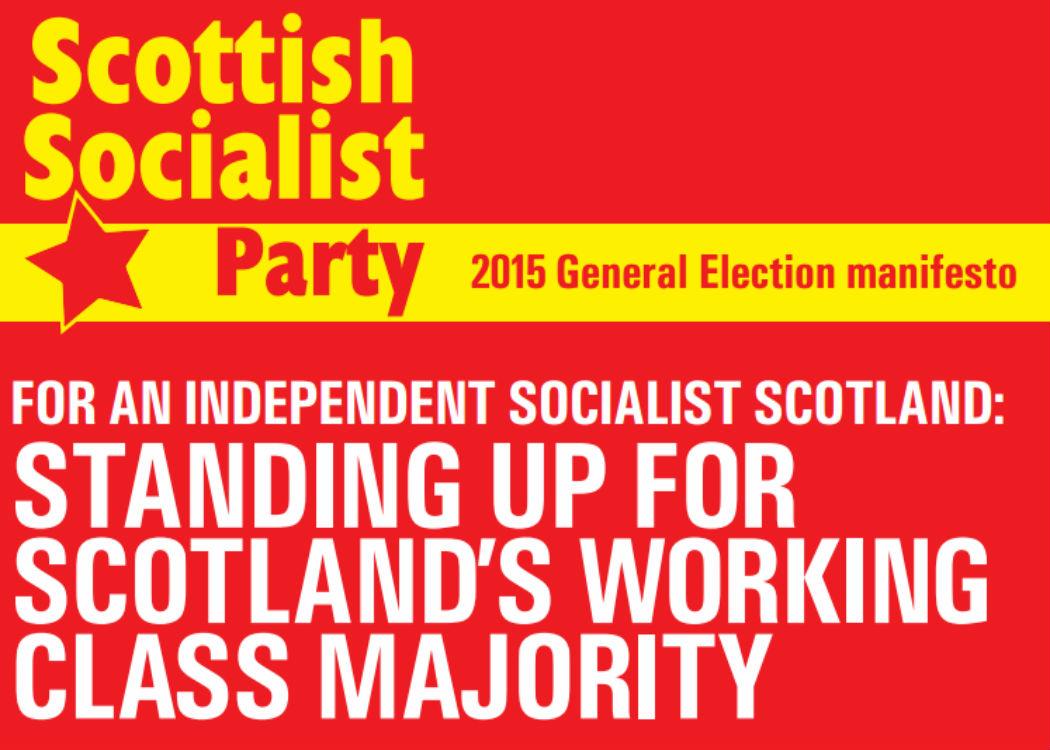 THE Scottish Socialist Party launched the party’s General Election manifesto today [Wednesday 15 April]. The party don’t expect to win any MPs, but are attempting to put socialist ideas on the agenda. Here’s five big ideas from the ‘Standing up for Scotland’s Working Class Majority’ manifesto.

The SSP propose a PS10 minimum wage introduced now, rather than in 2020 [which the Greens support]. The party also want young people and carers to be paid the same as all workers, and therefore the PS10 minimum wage would be for all working age adults.

The party says a unit for inspecting medium and small business accounts to independently assess whether they can afford a PS10 minimum wage should be introduced. Businesses that cannot afford an increased minimum wage should receive government support.

The SSP support scrapping the council tax, which the party say “ensures the richest pay a far smaller share than anyone else”, to replace it with a Scottish Service Tax, which is a progressive income tax based on ability to pay.

The party say its system would ensure no council authority cuts are necessary and would reduce the tax bill for half of householders. Only the richest 16 per cent of householders would pay significantly more.

The SSP say that Scotland has an “appalling shortage of affordable housing”. The party supports building 100,000 homes in Scotland over the life-time of the next parliament, which would be organised by taking the construction and supply industry into public ownership. The policy would include a free insulation programme for every social house in Scotland, to reduce heating costs and improve environmental sustainability.

The SSP propose bringing all of Scotland’s public transport back into public ownership and making it free at the point of use. The party claim the move would reduce carbon emissions as commuters would move from cars to buses and trains.

The costs are estimated at an extra PS500m every year, which could be partially funded through road tax and air passenger duty.

Nationalisation of energy, banks and oil

The SSP support widespread nationalisation of key aspects of the economy currently owned by global corporations: energy companies, banks and the oil industry.

The manifesto states: “Many of these industries had been in public hands in the recent past until a disastrous wave of privatisation stole them from the Scottish people.”

It adds: “A socialist government would reject the idea that the private sector is central to Scotland’s economic development and well-being.”

It’s not clear in the party’s manifesto whether the SSP would support paying compensation to companies that have been nationalised, or whether the industries would be put into public ownership through state seizures of assets.