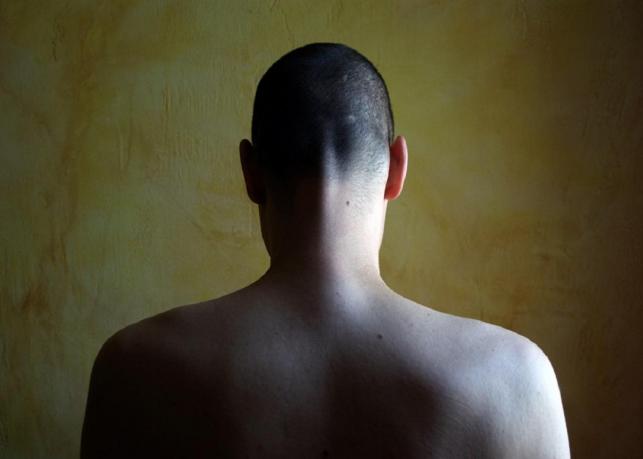 WHEN the Harvey Weinstein story came to light and the #metoo campaign became viral, I decided that I wouldn’t give in to temptation and I wouldn’t scroll down my newsfeed.

Well, guess what didn’t happen? Damn me, I didn’t abstain from social media.

This was a bad idea, and it only confirmed what I already knew: when women’s issues make it to mainstream media, opinions like the following appear on comments, tweets and posts: “not all guys are bad” or “rape and sexual harassment are bad things and we shouldn’t be doing them. But, listen women, men are also victims of this type of violence”, and my favourite one, “we need to promote women’s AND men’s rights in order to achieve true gender equality”.

Privilege can be defined as “a set of unearned benefits given to people who fit into a specific social group”.

First of all, thanks for clarifying that not all men are like Harvey Weinstein, because obviously women who post their #metoo stories and express their outrage with gender-based violence hate all men and they don’t have fathers, male friends, sons, partners, husbands, boyfriends or male public figures that they look up to.

Believe it or not, the #metoo campaign – which, by the way, was launched 10 years ago by a black woman named Tamara Burke and not on Twitter by Alyssa Milano – didn’t go viral in order to show that men suck, but simply to highlight the extent to which male privilege has affected women’s everyday lives.

Privilege can be defined as “a set of unearned benefits given to people who fit into a specific social group”. Privilege comes in different forms and shapes and we can’t possibly analyse all aspects of it in one piece (unless it’s a very, very, very long one).

For example, if you’re white, you benefit from the institutionalised racism and discrimination that dominates our society (white privilege). If you’re an able-bodied individual (ability privilege), you’re much less likely to experience difficulties in accessing public transportation and you’re well-represented in films, books and TV series, to name a few areas.

You may consider yourself privileged, if you’re cisgender, meaning that you can identify yourself with the gender you were assigned at birth, based on genitals, compared to people who need to change their gender in order to reflect their identity (cis privilege).

For example, if you’re white, you benefit from the institutionalised racism and discrimination that dominates our society (white privilege).

There is also straight privilege (come on, I don’t need to get into details about this … the attraction to the opposite sex is anticipated and even expected from birth); class privilege (this is self-explanatory) and male privilege.

Men can easily dominate a conversation; they are less likely to be interrupted when they speak, they feel entitled to spread their legs and arms in the subway, bus or plane (aka manspreading); and they tend to explain in a condescending and patronising way simple truths to women, truths that may actually be directly relevant to their lived experience (aka mansplaining).

And that’s not to mention the pay gap, the pink tax, the slut- and prude-shaming and much, much more.

I know what you’re thinking: “But, women don’t need to pay for dinner or drinks on a date, they don’t need to hold the door open thanks to male chivalry and they are more likely to get custody of a child. So, they do have privilege.”

Female privilege only exists in the domestic/private sphere; it is a superficial privilege that is based on the female nurturing stereotype that actually harms women. Having said that, however, we need to acknowledge these societal norms and work towards changing them.

If one more person comes to me with the argument that harassment and rape concern men as well as women, I will go to Ben Nevis (not the pub, the mountain), get to the top and start screaming, wearing my Bernie Sanders onesie (I will get one for the occasion).

Of course, there’s no crime exclusively for men or women; it’s about the percentage of population affected. If you’re a white man and want to check your privilege, just turn your head and ask any woman next to you (please, try not be creepy…) if: she has been physically or mentally harassed by a man in her life; she has ever felt threatened or feared for her life; she has ever received unwanted attention by a man to the point of making her feel uncomfortable or anxious.

Do you think that we enjoy checking up on our girlfriends to see if they got home safe? I have many wonderful guy friends and I don’t recall anyone saying to the other: “Mate, get home safe and don’t forget to text me.”

Let’s have a look at statistics, because numbers don’t lie, even though they don’t give a full picture of the problem. According to the crime survey for England and Wales, 7.7 per cent of women (equivalent to 1.3 million female victims) and 4.4 per cent of men (equivalent to 716,000 male victims) experienced any type of domestic abuse in the last year (ending in March 2016).

Overall, 26 per cent of women (i.e. 4.3 million) and 14 per cent of men (i.e. 2.2 million) had experienced domestic abuse since the age of 16. Furthermore, women are almost five times more likely to experience sexual assault than men.

And before you jump into conclusions, the data doesnn’t suggest that men aren’t victims of violence; toxic masculinity has a negative impact on both genders: men are more likely to be victims of personal and violent crimes, including crimes with violence resulting in injury or no injury.

You can click here, here and here to get more info about gender-based violence.

So, sorry to ruin this, but 1) we’re far from being equal regardless of our privilege, and 2) in order to achieve true equality, we don’t need to promote the rights of the privileged social group, but rather the rights of the oppressed one.

Most of us have identities with privileged and oppressed aspects that interact simultaneously with one another. There’s no need to feel guilty about it or to be on the defensive; we just need to acknowledge this and use it to benefit the ones that aren’t part of our social group.

If you’re a white feminist, become an ally to your black sisters and if you are a man, use your male privilege to turn the space you occupy in society into a place where women can thrive.