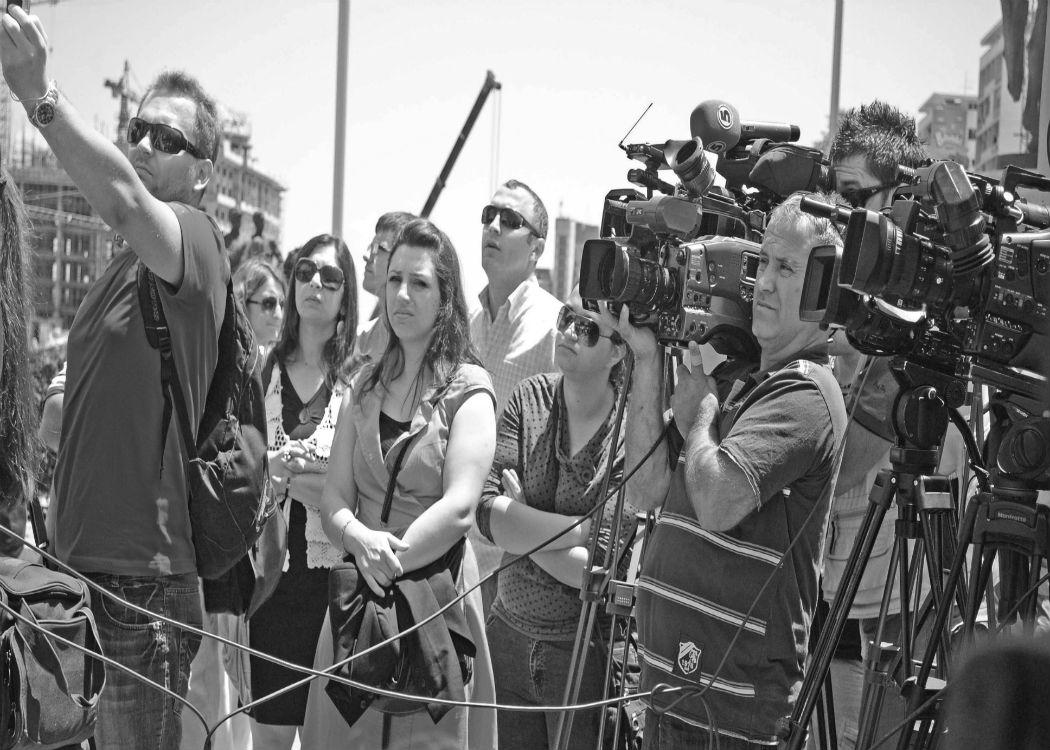 Negative reporting of the SNP in the media has increased dramatically over the past two weeks of recorded media monitoring, according to research.

The report, by Loughborough University Communications Research Centre, found that in the week of 30 March to 8 April – during which time Nicola Sturgeon was widely credited with a debate victory on 2 April – the SNP received the most positive coverage in the UK national press.

However, from 9-15 April – when the Tories stepped up their anti-SNP strategy – the nationalists received by far the most negative coverage, and from 16-22 April only Labour received a higher negativity rate than the SNP. (Click here to read more).

In terms of quotation time on TV, the Tories received the highest followed by Labour, with the Lib Dems just ahead of Ukip, then the SNP.

The only papers to give positive coverage of Ukip were the Daily Express and the Daily Star.

As the election grows closer, less focus is being placed by the media on policy, and much more on the “horse race” of the election itself, which increased by 10 per cent over the past week to nearly half of all election coverage.

The report described the focus on the politics of the election as “strikingly dominant this week in comparison to previous weeks and indeed previous elections”, probably because of the unique situation of no party being likely to form a majority after the General Election, and a key Tory strategy of focusing on a possible Labour-SNP deal.

The next most prominent issue between 16-22 April was the economy, followed by constitutional issues, immigration and the NHS.

David Miller, professor of sociology at the University of Bath and author of Century of Spin: How Public Relations Became the Cutting Edge of Corporate Power, said he wasn’t surprised by the research findings.

“The vast bulk of the mainstream media are Tories, it’s run by multimillionaires for the one per cent, so it’s not surprising that the reporting reflects that reality, and increasing attacks on the SNP when they rise in the polls isn’t surprising either,” he said

Miller said that to address the problem of an unbalanced media “we need to strengthen public service broadcasting, and when citizens get attacked by the media they deserve the right to respond”.

Miller added that he supports proposals from the Media Reform Coalition, one of which is for a levy on social media companies like Facebook and Twitter to fund investigative journalism.

“The only way we will get proper investigative journalism on a large scale is if it is funded by the public sector,” he added.

YouGov polling funded by the Media Reform Coalition found that 71 per cent of people support some controls on media ownership, and 61 per cent favour compulsory rules, like independent editorial boards, to limit owners’ editorial influence. (Click here to read more).