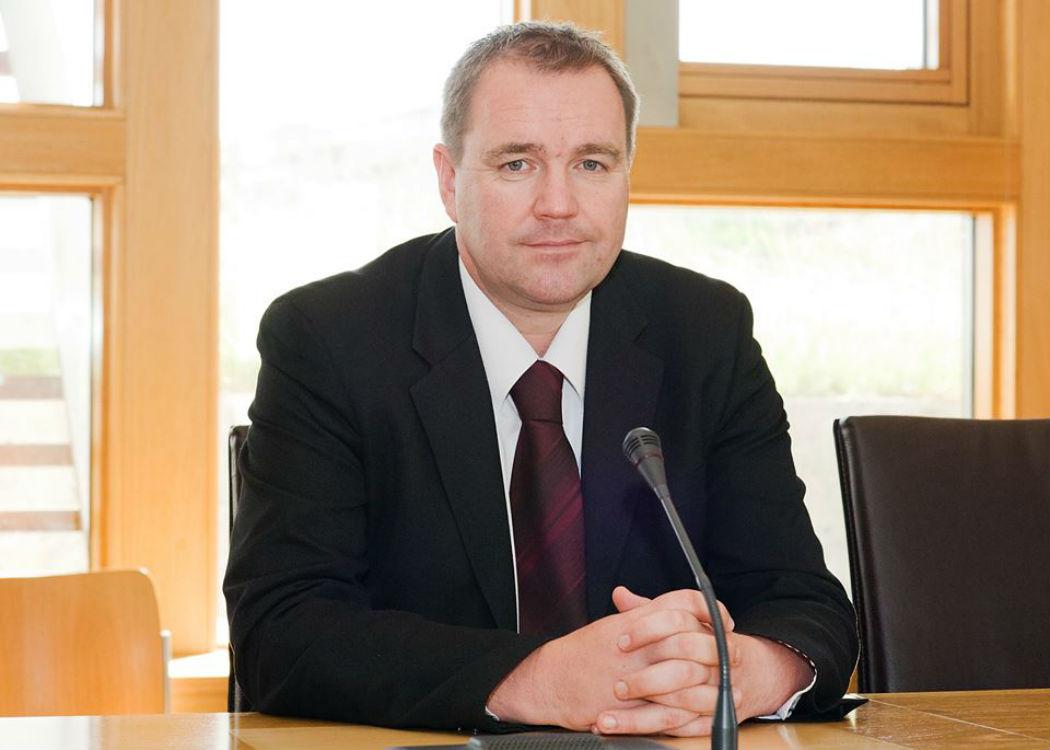 LEADING Labour left MSP Neil Findlay has said that Scottish Labour is now in a position to use its anti-Trident stance to influence the UK Labour party against the renewal of the nuclear weapons system.

The Scottish Labour conference in Perth voted 70 per cent against Trident renewal on Sunday 1 November, putting the Scottish party position at loggerheads with the UK party’s continued support for nuclear weapons.

The change of policy comes in the aftermath of Jeremy Corbyn’s victory as UK party leader. Corbyn is a life long CND member and peace activist, who has vowed to attempt a change of policy throughout the UK. He welcomed the new Scottish Labour position.

“The Scottish party has taken its position and we will have our input into the UK party’s upcoming policy review on Trident,” he added.

He said: “At a time when we have had such eye-watering austerity, at the same time as our public services are in crisis, how on earth do we justify spending such a huge amount of money on Trident?”

The cost of Trident renewal is hotly contested and has been estimated at figures as low as PS15-20bn by the UK Gvernment and as high as PS167bn by campaigners based on MoD figures.

“It’s true leadership when you open up the conference to debate, especially where the decision doesn’t go according to your own position.” Neil Findlay

Asked if he thought that Scottish party leader Kezia Dugdale will now attempt to pursue her own position against unilateral disarmament within Scottish Labour, he said: “I think all credit should go to Kezia for encouraging the debate to go ahead, the debate on Sunday worked tremendously well.

“It’s true leadership when you open up the conference to debate, especially where the decision doesn’t go according to your own position, but you accept it. That’s the difference between real leadership and control freakery,” he added.

Dugdale’s opposition to unilateral disarmament means that she is in an increasingly complicated position as party leader. She criticised the political orientation of Corbyn during his leadership campaign before reconciling with him after the victory. She will face a further challenge this week after the SNP announced a vote on rejecting Trident renewal in the Scottish Parliament , which will take place on Tuesday 3 November.

Findlay said that the party had experienced a reawakening of internal democracy: “The Scottish Labour party is very much alive and kicking. A party passionate about politics, positive about our rejection of Trident renewal. We are at our best when we have passionate debate, we are strengthened by it,” he said.

He also argued that the model of democracy on show at Labour conference was a contrast to the SNP: “There is no debate within the SNP, it’s a very centralised party,” he said.

“A line comes out from the top and members are expected to support it. We saw that with the SNP conference, there was no debate on controversial matters like fracking,” he added.

“There is no debate within the SNP, it’s a very centralised party, a line comes out from the top and members are expected to support it.” Neil Findlay

Though several delegates did urge the SNP conference in Aberdeen on Friday 16 October to back a motion to ban fracking, the conference voted to support the Scottish Government position on a continued moratorium.

However, Findlay also called for a broad coalition to oppose Trident renewal: “Only Tories and Liberals are in favour of Trident in Scotland – I say they should come with us. I want to build biggest coalition possible including nationalists, greens, socialists and everyone else across the UK opposed to Trident,” he said.

The UK Labour conference in late September voted not to have a debate on Trident and the existing policy in favour of renewal was readopted.

However, September’s UK conference came just weeks after the election of Corbyn as party leader and was not thought to entirely reflect the new party orientation or membership who joined during and after Corbyn’s successful leadership campaign.

The issue could therefore become a major debate within the party in time for the next annual conference and policy review.