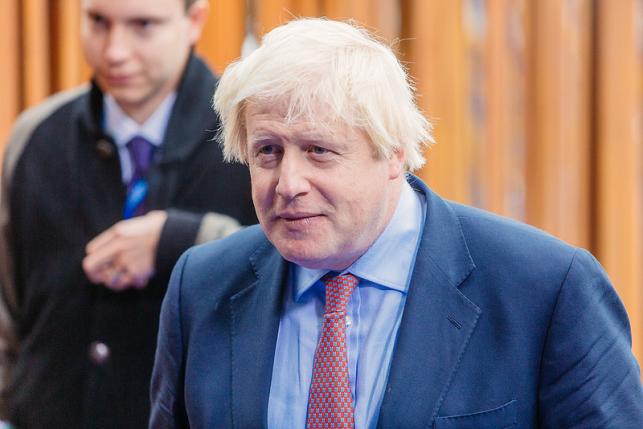 BORIS JOHNSON faces calls to resign as the UK’s foreign secretary, following the revelation that he wrongly claimed Porton Down experts had identified Russia as the source of the nerve agent used in the Salisbury poisoning.

During an interview with the German TV channel Deutsche Welle, Johnson appeared to state that he had received “categorical” assurances from the Ministry of Defence’s Defence Science and Technology Laboratory at Porton Down that Russia was the source of the Novichok nerve agent employed in the poisoning of former spy Sergei Skripal.

When asked if the laboratory had samples of the nerve agent, Johnson replied: “They do. And they were absolutely categorical and I asked the guy myself, I said, ‘Are you sure?’ And he said there’s no doubt.”

However, Porton Down chief executive Gary Aitkenhead contradicted Johnson’s claims, saying: “We have not identified the precise source, but we have provided the scientific [information] to government who have then used a number of other sources to piece together the conclusions you have come to.”

Johnson’s claims were further discredited when the Foreign Office deleted a tweet on 4 April, originally posted on 22 March, which read: “Analysis by world-leading experts at the Defence Science and Technology Laboratory at Porton Down made clear that this was a military-grade Novichok nerve agent produced in Russia.”

“Either the Foreign Secretary has information that he’s not sharing with Porton Down or it was a bit of exaggeration.” Labour leader Jeremy Corbyn

A Foreign Office spokesperson later argued that the tweet had been “truncated and did not accurately report our Ambassador’s words”.

Responding to the apparent backtracking by the Foreign Office and the unraveling of Johnson’s initial claims, UK Labour leader Jeremy Corbyn said on Wednesday: “He claimed categorically – and I think he used the words 101% – that it had come from Russia.

“Either the Foreign Secretary has information that he’s not sharing with Porton Down or it was a bit of exaggeration.”

Yesterday evening, Labour called on Prime Minister Theresa May to order a probe investigating whether Johnson broke the Ministerial Code, a judgment over which May will be the final arbiter.

“If lying to the country about something so serious doesn’t return Johnson to the back benches, what will it take?” Journalist Ellie Mae O’Hagan

Shadow Cabinet Office Minister Jon Trickett said: “The Foreign Secretary has some serious questions to answer over whether he misled the public, but is instead trying to deflect criticism with his characteristic bluff and bluster.

“He clearly previously indicated that Porton Down had told him ‘categorically’ that Russia was the source of the nerve agent.

“The Ministerial Code states Ministers must be open with the public and honesty is one of the key standards of Ministerial behaviour.

“The Prime Minister must now launch an investigation to determine whether her Foreign Secretary broke the code.”

Johnson responded on Twitter, writing: “It is lamentable that Jeremy Corbyn is now playing Russia’s game and trying to discredit the UK over Salisbury attack … 28 other countries have been so convinced by UK case they have expelled Russians. In contrast, Jeremy Corbyn chooses to side with the Russian spin machine.”

“Boris Johnson was central to sparking an international diplomatic crisis by appearing to tell lies on the global stage about what he knew, about what he was told, about the poisoning in Salisbury.” New Foreign Policy convener Jonathon Shafi

Others have gone further than Labour’s call for an investigation, either speculating on whether Johnson’s misleading claims could be grounds for dismissal or directly arguing that he should resign or be sacked.

Andreu Pritsepov, consul general at Russia’s consulate in Edinburgh, said during an interview with BBC’s Good Morning Scotland “maybe it is time for him [Johnson] to go.”

Writing in the Guardian newspaper, journalist Ellie May O’Hagan asked: “If lying to the country about something so serious doesn’t return Johnson to the back benches, what will it take?”

Speaking to CommonSpace, Jonathon Shafi, convener of the Scotland-based New Foreign Policy think tank, commented: “Boris Johnson was central to sparking an international diplomatic crisis by appearing to tell lies on the global stage about what he knew, about what he was told, about the poisoning in Salisbury.

“It is remarkable that since this has been exposed – and a Foreign Office tweet deleted – that he has the gall to blame those who insisted on seeking evidence to back up the allegations. Now Russia has been gifted a global propaganda victory.

“The SNP would be in a stronger position to call for his resignation had they adopted a similar line to Corbyn. In any event, it is clear Boris both must and won’t go. The government is too weak despite this obvious and grotesque breach of public trust. So he will fumble on, lurching from one crisis to the next – a living symbol of the shambolic crisis engulfing the British establishment.”