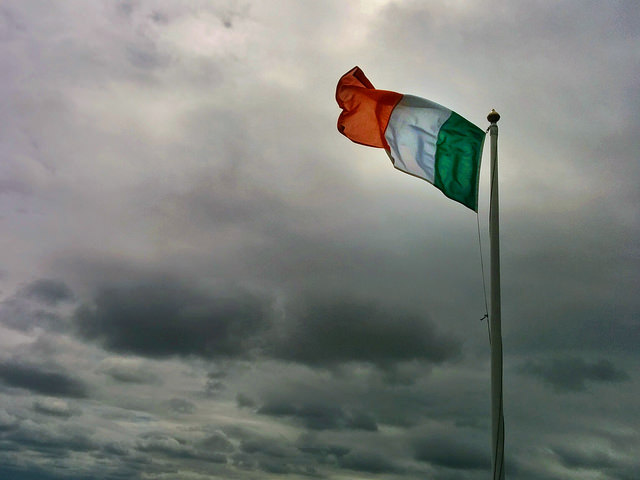 Call It Out will launch on 29 October and aims to work with trade unions, political parties and community groups

A NEW CAMPAIGN launching later this month aims to provide an organised, coordinated voice for Scotland’s Catholics and Irish community, in order to combat bigotry and prejudice against them.

Call It Out, billed as ‘the campaign against anti-Catholic bigotry and anti-Irish racism’, will launch officially on 29 October with an open meeting at St Anne’s RC Primary School in Glasgow*, and hopes to work broadly with progressive and civil society organisations throughout Scotland to highlight and oppose the distinct but frequently overlapping prejudices.

Speaking to CommonSpace, a spokesperson for Call It Out said: “There has been a long-standing blight on life in Scotland: that of documented, and much less documented, manifestations and experiences of ethnic and religious bigotry, hate crime and inequality faced by Catholics and the Irish community in Scotland.

“This multi-generational Irish community, which mainly but not exclusively intersects with the Catholic community,  remains one of the few ethnic/religious groups without an organised and co-ordinated voice with which to speak to all levels of government.” Call It Out campaign spokesperson

“This multi-generational Irish community, which mainly but not exclusively intersects with the Catholic community,  remains one of the few ethnic/religious groups without an organised and co-ordinated voice with which to speak to all levels of government and to highlight such bigotry and discrimination.

“This initiative is the first step in creating such an organisation so that we have a vehicle to engage constructively on both these matters.  We are very keen to work with all progressive organisations, political organisations, community organisations and trade unions to address this issue and we will be seeking their support for specific initiatives.”

According to a 2017 survey by Show Racism the Red Card Scotland, 56 per cent of its 513 respondents stated they had experienced anti-Irish racism, while 60 per cent indicated that they had witnessed instances of anti-Irish racism. Given that 93 per cent said they had not reported the incidents in question to Police Scotland, it may be assumed that the vast majority of such incidents go unreported.

However, the issue came to public attention in July of last year, when participants in the County Grand Orange Order Parade were filmed singing the anti-Irish ‘Famine Song’ while marching between Glasgow’s George Square and Glasgow Green. In response to the resultant controversy, Glasgow City Council was reported to be considering a ban on future Orange Order marches, with the council warning that the right of the Orange Order to march was not “absolute”.

The book No Problem Here: Understanding Racism in Scotland, edited by the academic Neil Davidson and published earlier this year, also warned that racism against Catholics of Irish backgrounds in Scotland is not taken seriously enough, because it is generally classed as ‘sectarianism’ rather than racism.

*This is an update from the original venue, which was previously on Renfield St Stephens Centre on Bath Street but was cancelled following threats against the venue