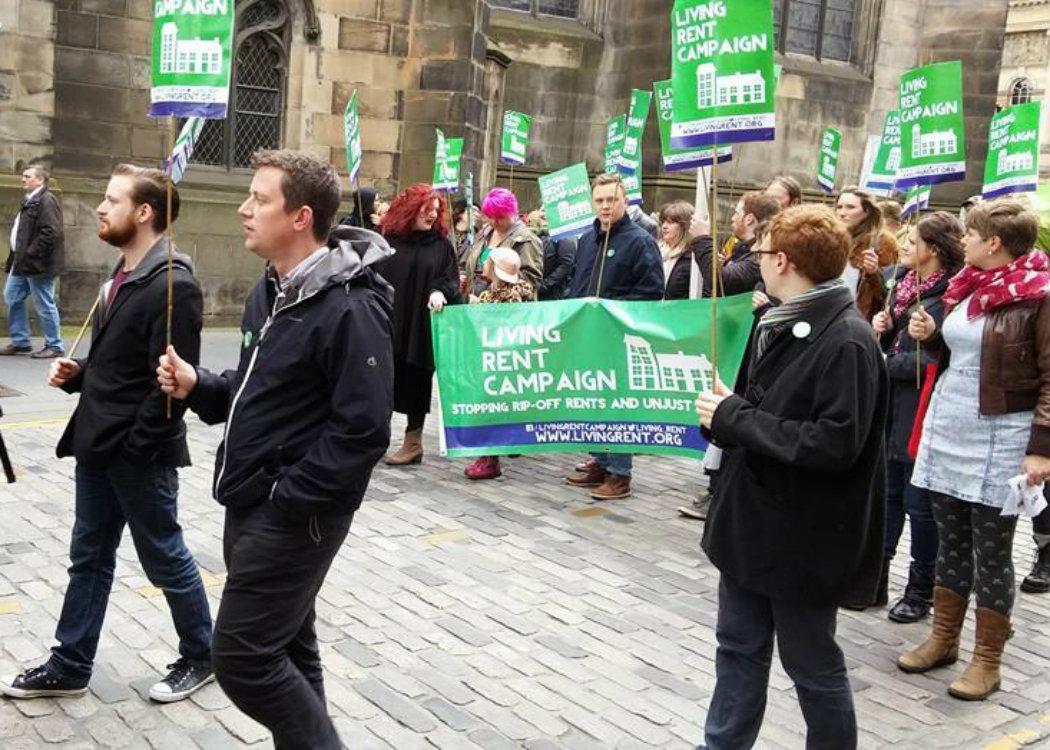 The bill aims to provide greater security for tenants and end unpredictable rent rises, but campaign group Living Rent has stated that the bill does not go far enough to stop soaring rental charges.

Part four of the draft bill includes proposals that rent increases can only take place once a year with three months notice provided for the tenant. Local authorities would also have the power to request rent controls that would then be implemented by government ministers.

Tenants would also be able to refer rent increases for adjudication.

Since 2009 UK landlords have made a profit of PS177bn in capital housing values – excluding billions in profits from private rents.

A spokesperson for the Living Rent campaign, which argues the government has a duty to provide affordable housing, called on the government to go further: “This bill is an huge victory for tenant activists who have campaigned hard for these changes, and for the thousands of people and dozens of organisations who have backed the Living Rent Campaign over the last year.

“We have secured dramatic improvements in security with the removal of no-fault grounds for eviction, and we have put the issue of rent controls firmly on the political agenda. But this bill can and should go further.

“We are worried that the provisions for rent controls as outlined here are not strong enough. If we want to step back from the brink of the crisis of affordability in private rented housing, then it is vital that these regulations bring rents down for both sitting and new tenants.

“We have also long argued for rent controls to be linked to the quality of housing, in order to tackle slum conditions that are all too common across Scotland, and we will continue to argue for this.

“Finally, there is a real risk here that many of the new rules about evictions are poorly defined and do not take tenants circumstances into consideration. We will continue to campaign for stronger tenants’ rights to ensure evictions will not cause undue hardship.”

Over 100,000 private renters in Scotland have their housing costs subsidised by the social security system, which passes a subsidy onto landlords of approximately PS2bn a year.

On average 25 per cent of tenants’ income goes on rental costs compared to 11 per cent for household owners.

Jon Sparkes, chief executive of homelessness group Crisis, welcomed key aspects of the bill as “a major step forward”, including the removal of ‘no fault’ grounds for eviction.

Housing minister Margaret Burgess said: “The private rented sector is changing. It is now home to a growing number of people in Scotland, and we recognise there are some areas where rents are increasing significantly. It is right and responsible to give local authorities the ability to introduce rent controls in order to ease areas under pressure.

“The range of measures brought forward under this bill will ensure the private rented sector is better managed, simplified and successful, and creates a system that works for everyone.”

Supporters of the Living Rent campaign with the SNP include its student wing and MPs Mhairi Black and Tommy Sheppard.

The campaign for rent controls takes place 100 years after the mass rent strike which began in Glasgow, when tens of thousands of protestors forced the UK Government to end extortionate rent hikes that were leading to tenant evictions.

Patrick Harvie, Scottish Green MSP for Glasgow, welcomed publication of the bill and promised to be a constructive voice to strengthen the proposals.

Harvie said: “The publication of this bill is overdue but very welcome, and comes after long campaigns by organisations such as the National Union of Students and Shelter. Many Scots have no option but to rent privately, and figures from Shelter show that almost a fifth of homeless applications come from the private rented sector. The need for action is clear, and it’s good to see ministers finally bringing ideas forward.

“Scottish Greens look forward to examining the detail of the bill and engaging constructively with it as it works its way through parliament. Over the last five years, average rents across Scotland have gone up by 17.5 per cent. By bringing in greater security for tenants and the option of rent controls we can provide the fairer, more affordable housing system Scotland needs.”

Since 2009 UK landlords have made a profit of PS177bn in capital housing values – excluding billions in profits from private rents.

Further consultation and campaigning will now take place before the bill is considered by the Scottish Parliament.

An explanation of the bill’s contents and a policy memorandum (explaining the aims of the bill) has also been published by the Scottish Government.