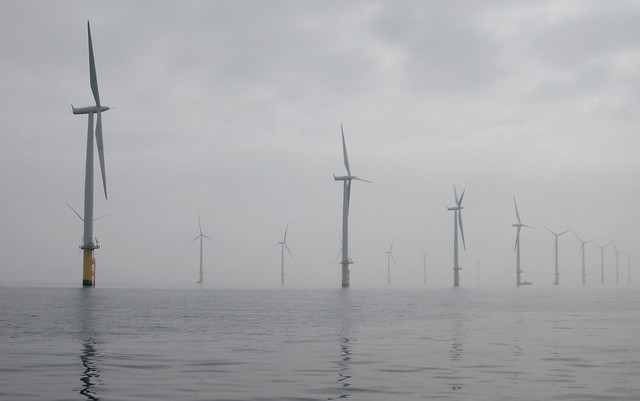 THE Scottish trade union body STUC warned that it “will not hesitate to call out companies that fail workers, local communities and the climate”, after a Chinese firm was given approval by the Scottish Government to develop a giant offshore wind farm development off Scotland’s east coast.

The Inch Cape project 12 miles off the Angus coast could power one-tenth of Scotland’s energy consumption needs, and the company behind the proposal, Inch Cape offshore LTD, have said the development work would boost local supply chains to the tune of over £500 million and create 860 jobs.

But a report published by the STUC in April, ‘Broken Promises and offshore jobs’, found that repeated predictions of successive Scottish governments of new green employment had “not translated into the jobs boom promised”, partly because of the industry sector being “characterised by overseas financial interests, a limited industrial base and precarious work”.

Commenting, Dave Moxham, Deputy General Secretary at the STUC, told CommonSpace: “It is clear that offshore windfarm projects in Scotland haven’t delivered the jobs that were promised because the majority of content is imported from overseas rather than produced locally.

“This is a failure of industrial policy that means workers, businesses and Government in Scotland do not benefit from Scotland’s natural resources. It has serious implications not only in in terms of jobs but also in terms of tax revenues, transparency, and economic democracy.”

The warning over the InchCape project comes as the STUC backed Fife Ready for Renewal campaign, which aims to pressure French-owned EDF Energy to give manufacturing contracts for an offshore energy project off the Fife coast to local suppliers, is set for a community meeting tonight [20 June] which it has invited EDF Energy to attend.

A contract from the EDF Energy project for fabricating jackets for wind turbines is seen as a lifeline for Fife-firm BiFab, which was mothballed last year. However, the majority of contracts for the renewables project is currently set to go to Indonesia rather than the Fife yards, an outcome which the STUC has estimated would have a climate emissions impact from the transporting of the turbines alone equivalent to 35,000 new cars on the road.

Moxham continued: “Workers and communities in Fife are currently campaigning to ensure that EDF contract work for their NNG windfarm with fabrication yards in Fife, rather than shipping content from Indonesia at a huge carbon cost.

“Inch Cape is the next large project, and if it is to deliver the jobs bonanza promised, then the Chinese company must sub-contract locally rather than overseas.

“Make no mistake, the STUC and others are watching and we will not hesitate to call out companies that fail workers, local communities and the climate.”

The Chinese firm awarded the Inch Cape project is owned by China’s State Development & Investment Corporation (SDIC), with construction work planned to start in 2020 and set to be up and running by 2024. The project was previously owned by a German energy firm until 2011, before a Spanish firm took over before selling the project on to SDIC in 2016.

Pete Cannell an activist in ScotE3, a Just Transition campaign group, said that the Inch Cape project was “another important and necessary step in the right direction” for clean electricity production, but that “the history of the project also underlines the need for much greater public control and integrated planning of the process.”

He added: “It’s critically important that projects like this contribute to the development of infrastructure and skills in Scotland; both to ensure that the carbon footprint of the development is minimised and to consolidate and grow the base of skill and expertise that we’ll need in making the transition to a new economy based on renewable power.”

Craig Berry, engineer and author of a report for the Common Weal think-tank in 2018 outlining a vision for the transformation of Scotland’s energy sector, Energy 2030, said that the problem of foreign ownership would hinder Scotland’s efforts to tackle the climate crisis over the long term.

Berry said: “Scotland is one of the most foreign-owned countries in the developed world. On a resource basis, we increase our renewable energy capacity. However, the real economic benefit doesn’t reach its full potential.

“As we continue to neglect companies like BiFab, we allow external firms to manufacture these technologies. The value to the economy is then limited by installation and maintenance of this infrastructure. When it comes to paying our bills, there is an increased cost to cover profit, which extracts capital from our economy.

“The Scottish Government has committed to an energy agency, but we also need to see energy development which can anchor the value of this infrastructure within our own economy, taking advantage of our manufacturing industry.”