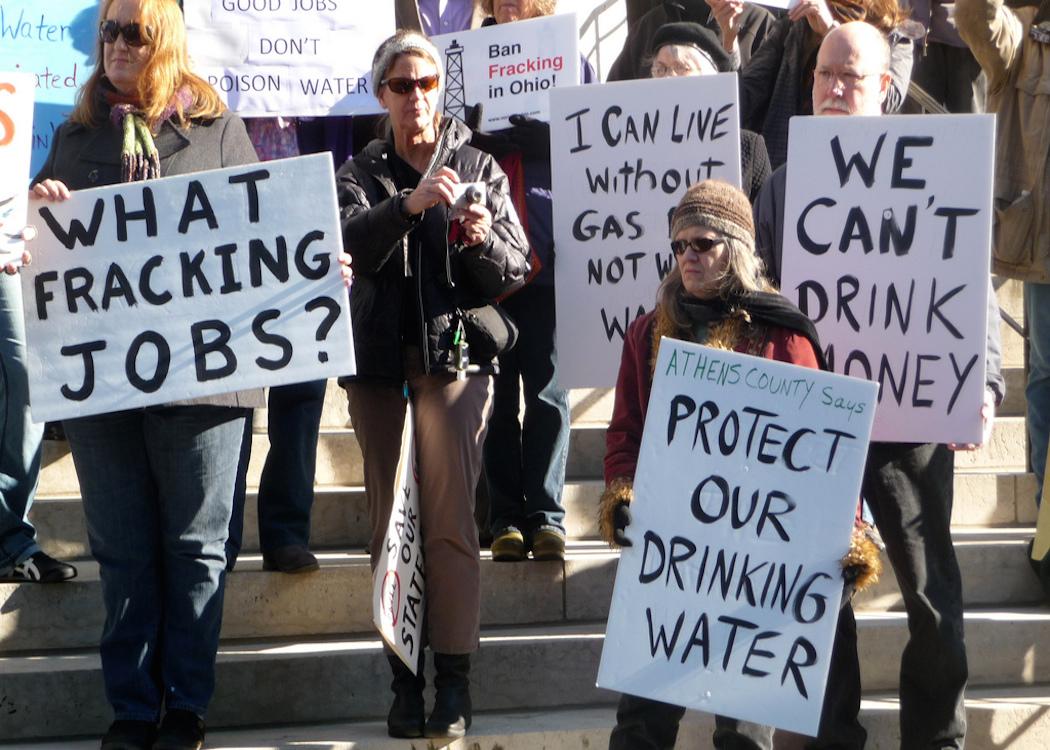 THE USE OF fracking and other forms of unconventional gas extraction would damage Scotland’s economy in the long-term, according to a new report by the Common Weal think-tank.

Controversial fracking licenses, granted across the central belt of Scotland, have been met with angry community opposition, mainly surrounding fears about the environmental impact of dirty fossil fuels extraction and burning.

However, a new report – authored by scientist and researcher Dr Craig Dalzell – argues that fracking also brings financial risks to communities and the wider national economy.

Commenting on the report, Dr Dalzell said: “While much of the attention on the shale oil/gas and fracking industry has been focused on the environmental impact, less attention has been paid to the economic effects. Even if the extraction can be proven to be environmentally ‘safe’ the experience of the United States shows that it risks bringing boom-and-bust to our communities as waves of temporary jobs move rapidly through without rooting themselves in local economies.

“Scotland’s history of concentrated land ownership and comparatively poor local government also risks creating a vast transfer of wealth benefiting the already wealthy while potentially leaving communities to foot the bill for cleaning up. All for a fuel which the government has been told will not even benefit us in the form of lower energy bills. There should be no place for fracking in Scotland or the UK.”

Dalzell warned that the fracking market is dominated by giant corporations – like Ineos – meaning that there is “little scope for community owned or small company development”, as there is in the renewable energy sector.

He added that the fracking wells can becoming non-productive within a few years, creating an incentive to lift and shift production from one community to another – creating a ‘boom and bust’ cycle.

Ineos itself has avoided any dash for Scottish gas in favour of test drilling to establish whether the technology would be profitable enough to apply for any full scale production.

“A lot of money has been spent lobbying for fracking and seems to hint that there is some kind of goldmine under Scotland.” Robin McAlpine

The moratorium on fracking – put in place following campaigning pressure on the Scottish Government – does not yet conflict with the corporate interests who want fracking to proceed in a few years time.

Robin McAlpine, director of the Common Weal, added: “The arguments against fracking have largely been about the environmental impact and the harmful impact on local communities. That it would be economically beneficial has almost been taken for granted. This report seriously challenges that assumption.

“The revenue and jobs that may go into local communities could well be less than they lose in house prices and other economic activity as people avoid living and working near fracking wells. And because extraction is so expensive, unless there are reasonably high global prices for gas, this industry may well require subsidy just to stay viable.

“Each well may be economically viable for less than five years and in that time it may not generate as much tax revenue and possibly even not as much profit as would be required to decommission and clean-up sites.

“A lot of money has been spent lobbying for fracking and seems to hint that there is some kind of goldmine under Scotland. This report raises serious questions about whether this is realistic.”

Following community pressure and a campaign from within the SNP, the party promised “we will not allow fracking of UCG in Scotland” unless it was proved to be safe “beyond any doubt”.

Leftwing pro-independence parties, the Scottish Greens and Rise, want a complete ban on fracking using the new powers of the Scottish Parliament.