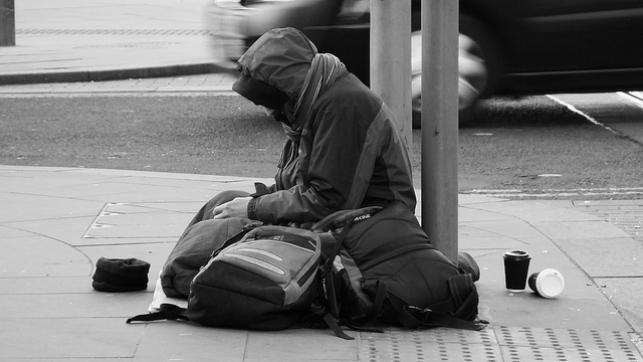 THE SCOTTISH GOVERNMENT has launched a new public consultation which could result in new limits being imposed on the amount of time those facing homelessness spend in unsuitable temporary accommodation such as B&Bs.

The consultation, launched yesterday [22 May], will consider proposals for a seven-day restriction in such temporary accommodation for everyone experiencing homelessness, similar to that which already exists for families with children and pregnant women.

The consultation will also consider legally enforceable standards for such accommodation and seek input from both the third sector and those with lived experience in such residences.

The aim of the consultation and the Scottish Government is that those living in temporary accommodation experience higher and more consistent standards of housing and support while a more permanent solution to their situation is sought.

“It is also essential that temporary accommodation is of good quality so those who experience homelessness have the best possible chance to find their feet again.” Communities Secretary Aileen Campbell

Speaking at the Housing First Scotland annual conference in Edinburgh on Wednesday, Communities Secretary Aileen Campbell said: “Temporary accommodation can offer an important emergency safety net for anyone who finds themselves homeless with nowhere else to go, such as those fleeing domestic violence. But it should be just that – temporary.

“We want to make sure that the time anyone spends in temporary accommodation is as short as possible before moving to a more appropriate, settled home.

“It is also essential that temporary accommodation is of good quality so those who experience homelessness have the best possible chance to find their feet again.

“Making settled housing a priority is a key action in our plans to end homelessness, backed by £50 million of investment. We recognise the importance of a settled home for supporting people to live their life with good health, wellbeing and a sense of community and belonging.”

The consultation’s launch follows pressure from the the charity Crisis, which urged the Scottish Government to pursue legislation imposing a seven-day limit after the release of its report earlier this year, which showed that the majority of people forced to live in this kind of accommodation experienced depression, that three quarters were not allowed visitors, and that nearly half of this accommodation had no access to facilities such as a kitchen or a washing machine.

The state of temporary accommodation and homelessness support has aroused particular controversy in Edinburgh, after it was revealed in April that seventy-two per cent of all unsuitable temporary accommodation orders in Scotland came from Edinburgh City Council, and that the local authority had breached such orders 540 times in the period between April 2017 and September 2018.

The lack of affordable social housing in Edinburgh – where rents have risen by 25 per cent since 2010, and which has the highest concentration of Airbnbs of any city in Europe – has forced Edinburgh City Council to spend a reported £120,000 per week on hotels, B&Bs and other forms of temporary accommodation.

In March, the Edinburgh Evening News reported that throughout 2018, over four and a half thousand people in Edinburgh experiencing homelessness were left with no other option than to stay in these forms of temporary accommodation for a combined total of 240,652 days.

According to a Freedom of Information request, the average single adult who declares themselves homeless in Edinburgh will be faced with a 14-18 month wait before a successful bid for a permanent home. An earlier FOI request revealed that over 12,000 people are currently on the waiting list for one-bedroom council houses in Edinburgh. Recent figures suggest that it is likely to take five years to accommodate them all.

Additionally, the homelessness charity Shelter Scotland argued in 2018 that Glasgow City Council broke the law over 3,000 times over the preceding year by failing to meet its legal duty to provide homeless people who come to them with aid in securing temporary accommodation. Shelter described the failure of provide accommodation in 3,025 cases as amounting to unlawful “gatekeeping”, a charge which the local authority strongly disputed.

In addition to the new consultation, the Scottish Government has also set aside £23.5 million for the implementation of its Rapid Rehousing Transition Plans, which aim to move those in need into permanent accommodation more quickly. As part of this, £6.5 million has been invested in the Housing First programme, which prioritises settled accommodation for people with multiple, complex needs.