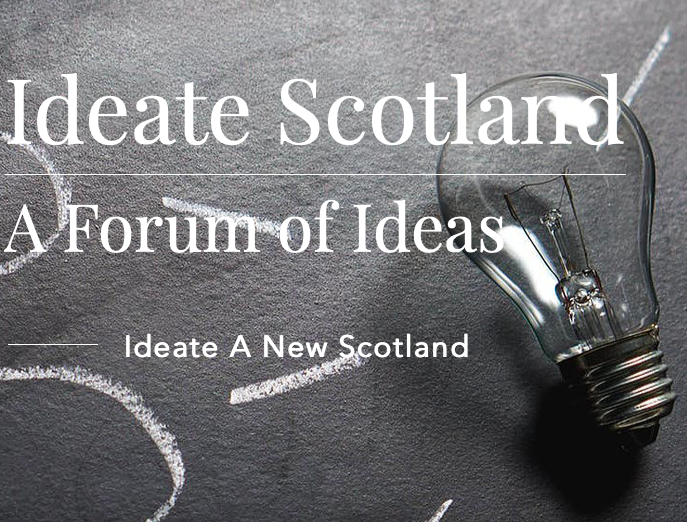 A NEW forum with the aim of acting as a “safe space for public debate on potentially contentious topics” will begin with a debate between pro and anti-independence perspectives on a Scottish currency.

Ideate Scotland has been founded by Ashley Graczyk, an independent councillor for Sighthill-Gorgie in Edinburgh who was previously in the Conservatives before leaving in 2018 and annoucing that she supported independence.

Graczyk said ahead of the debate, which will take place on Friday 24 May in Edinburgh City Chambers: “We’ve experienced so much division in recent years on both independence and Brexit. Scotland is now at the crossroads of history, and I believe we owe it to future generations to promote respectful debate, consensual discussion and to ‘ideate’ together to build a better future for Scotland.”

Ideate Scotland has been established as a neutral platform, and the debate on the Scottish economy, currency and constitution will include panellists from the pro-independence Common Weal think tank and the anti-independence These Islands.

Kevin Hague, Chairman of These Islands, said ahead of the debate: “These Islands believes in the importance of voters making well informed decisions and we have carried out extensive work related to the economic issues Scotland would face if separating from the UK.

“We recognise that The Common Weal have put significant effort into trying to answer questions around currency and the wider economic challenges (and opportunities) Scotland faces; it’s refreshing that they’re willing to defend their work in a public forum. I look forward to having what I am sure will be a civilised and constructive debate with them.”

The issue of currency and independence has been the subject of intense debate within the independence movement in recent months, culminating in a vote at the SNP’s spring conference in April which saw the controversial Growth Commission-inspired leadership motion for a parliamentary vote on introducing a Scottish currency at the end of the first term of an independent Scottish Parliament amended by members to introducing a currency “as soon as practicable” after independence.

Common Weal Director Robin MacAlpine, who has been a leading advocate of a Scottish currency after independence, will as well as Hague be on the panel, and said ahead of the debate: “Common Weal is really looking forward to discussing Scotland’s future. This is an important issue and needs to be discussed in a detailed and respectful manner rather than soundbites.”

Other panellists include member of the Women’s Equality Party and University of Stirling Professor Kirstein Rummery, and Dr Coree Brown Swan, post doctoral researcher at the Centre on Constitutional Change based at the University of Edinburgh.

Ahead of the debate, Professor Rummery said: “Scotland’s future needs to be focussed on gender equality, because that is better for the economy and wellbeing.”

Dr Coree Brown Swan said: “The process of Brexit has reignited the debate over whether Scotland should be independent and what an independent Scotland might look like and I look forward to discussing these issues with the panellists and audience.”

The event is free and open to the public, and you can register and submit a question to the panellists at IdeateScotland.com.