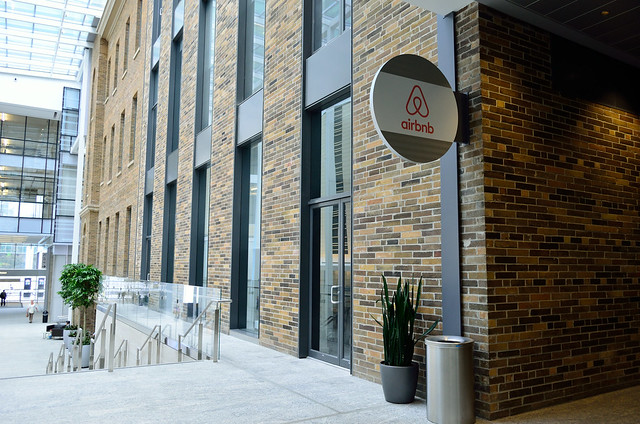 Edinburgh Council housing and economy convenor: “Short term lets are having a terrible impact. They’re hollowing out communities, both in the city centre and increasingly across Edinburgh.”

A NEW study has revealed the extent to which Edinburgh’s housing market has become dominated by Airbnb short-term lets, leading the City of Edinburgh Council’s housing convenor to call for Scottish Government regulation to address its “terrible impact”.

The annual UK Housing Review, available from today [4 April], shows that in the City of Edinburgh alone there are over 10,000 Airbnbs. With a population of 485,000, that means there is an Airbnb for every 48 people in the city.

That compares to a figure of one Airbnb per 105 people in greater London, meaning Scotland’s capital has more than twice as many per head.

However, Edinburgh Council housing and economy convenor Kate Campbell indicated to CommonSpace that the figure in Edinburgh may be even higher, with their research finding 12,000 Airbnbs in the city.  Scottish Government figures have put the number at 9,000.

Campbell told CommonSpace: “Short term lets are having a terrible impact. They’re hollowing out communities, both in the city centre and increasingly across Edinburgh. Residents are putting up with high levels of anti-social behaviour and, very worryingly for us, we believe there is a huge impact on housing supply.”

Scottish Greens MSP Andy Wightman’s successfully passed an amendment to the Scottish Government’s Planning Bill at stage 2 of its passage through parliament which would see all short-term lets have to apply to the Council for planning consent. However, Housing Minister Kevin Stewart has indicated he wants to roll back some of the passed amendments, as an analysis of the costs of the new planning system if all the amendments were passed suggests it would be considerable. It’s unclear whether the short-term lets amendment is one of those which may be rolled back.

Campbell said that a regulatory framework was “the best solution”.

She stated: “Last year [Edinburgh Council’s] short-term lets working group produced a report setting out the enforcement action we can take and recommending that we use it fully. We’ve been using all the powers available to us through planning but it’s resource intensive, reactive and slow.

“We’re clear that the best solution is a regulatory framework – a licensing regime so we can control the overall numbers, the concentration, the type of properties and make sure that landlords are fit and proper.

“Housing in Edinburgh is under enormous pressure and we need to take every action we can to protect supply and keep homes affordable for residents, as well as protecting communities.”

Chartered Institute of Housing’s analysis of the UK Housing Review makes it clear that the boom in Airbnbs has been a localised phenomenon, with concentrations of short-term lets in particular tourist hotspots.

Callum Chomczuk, national director of the Chartered Institute of Housing, commented: “Digital platforms like Airbnb have brought great convenience to tourists who come to enjoy our cities and communities, as well as economic benefit to their local hosts. However, if left unregulated, there is a real risk of loss of much-needed housing from the private rented sector to the short-term lets market, and displacement of long-term residents.

“We need to find a way to accommodate the rights of individual residents and preserve neighbourhood amenity whilst also allowing the continuation of high-volume tourism in our most popular locations. Last year, the City of Edinburgh Council welcomed a proposed amendment to the Planning Bill that would make it harder for people to turn their homes into short-term lets but it is clear that further regulation may be required to ensure that the correct balance is struck.”

It’s anticipated that the introduction of a tourist tax, which Councils will soon have the power to introduce following a Budget deal between the SNP and the Scottish Greens in January, will assist the local authorities in the monitoring of and regulation of the short-term lettings sector. City of Edinburgh council voted in favour of a tourist tax in February 2019.

The issue was raised by Scottish Labour Housing spokesperson Pauline McNeill MSP at First Minister’s Questions on Thursday, who asked whether the Scottish Government would consider recommendations made by a Social Bite report published in November of last year, which included that all temporary accommodation should have as a minimum access to food storage, cooking and laundry facilities.

First Minister Nicola Sturgeon responded that she would consider the contents of the report, and would be looking at “appropriate sanctions” for Councils which breach temporary accommodation orders.