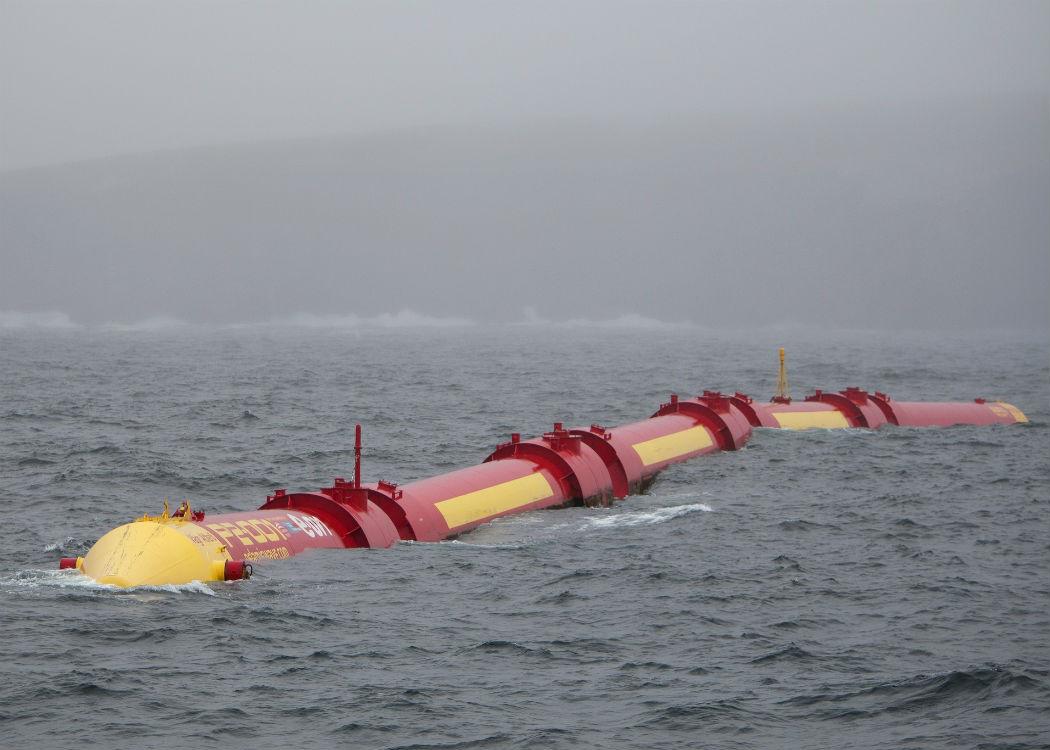 THE Scottish Government has awarded the new wave energy body, which bought up much of the assets of the now defunct Pelamis at the end of last year, PS14.3m to give it a “kick start”.

The body was launched in November of last year, the day after Pelamis, an award winning private wave energy company which had received significant government support, collapsed.

Wave Energy Scotland bought the intellectual property rights of the defunct firm as well as some of its physical assets, and vowed to employ as many of its staff as possible to “keep the best brains in Scotland”.

The team will be led by Pelamis’ former chief executive, Richard Yemm.

Ewing added that Wave Energy Scotland will be “a completely new approach to funding the sector”.

“It is one that will foster collaborative research and development and will encourage technology developers to work with large engineering companies, academics and each other to address shared challenges,” Ewing added.

Another wave energy firm, Aquamarine Power, has also faced financial difficulties of late, and has had to scale down its operation.

Lindsay Leask, senior policy manager of offshore, wind and marine at Scottish Renewables, told the BBC that the funding was “a welcome sign” after “a recent challenging period”.

“This money will enable Wave Energy Scotland to continue the development of wave energy in Scotland and build upon the global lead we enjoy by funding work on some of the key challenges commonly encountered by technology developers,” Leask said.

CommonSpace analysed (click here to read more) the collapse of Pelamis last year and explored whether an industry where Scotland has the potential to be a world leader could be lost to other countries, in a similar way to the wind industry in the 1980s when Denmark invested much more heavily than the UK and became the major global exporter.