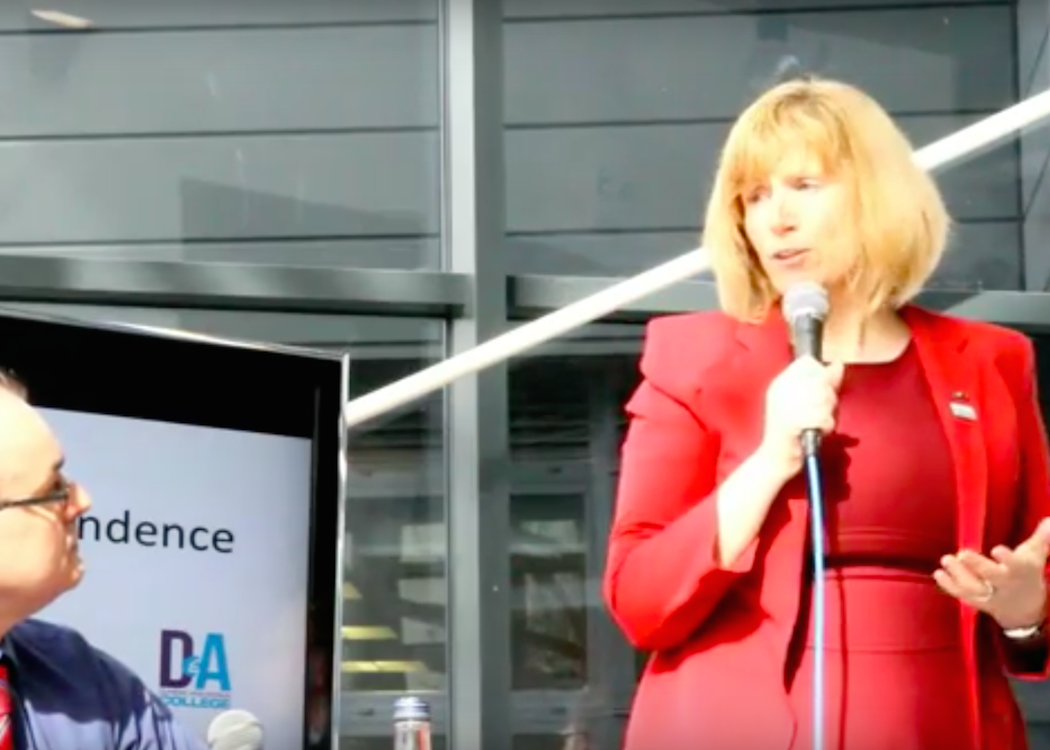 ACTIVISTS in Dundee have called on their new MSP Lesley Brennan to “clarify” her “ill-considered views” made during an anti-independence speech in March 2014.

Lesley Brennan, a Labour councillor in Dundee, will replace Richard Baker MSP who stood down early to pursue a new job. As the candidate at the top of the North East regional list for Labour, Brennan takes Baker’s place in parliamentvfor the ten weeks that remain before the Holyrood elections in May.

But Brennan, who spoke out frequently during the independence referendum in favour of a no vote, has come under scrutiny for comments she made during that campaign.

In a March 2014 debate at Dundee & Angus college, Ms Brennan said : “Things in Northern Ireland are really quite fragile. There’s a lot of concern about what will happen if Scotland breaks away and separates.”

She urged the audience to be “mindful” of their “duty as responsible citizens of the UK to think about what will happen if Scotland separates.”

Connor Beaton, secretary of Scottish Socialist Party’s (SSP) Dundee branch, said Brennan should “clarify her remarks” given her new position as member of the Scottish parliament.

“Lesley Brennan’s unexpected promotion to national politics brings with it a responsibility to fairly represent the people of North East Scotland, who have not had the opportunity to vote for their regional MSPs in almost five years.

“Brennan should clarify whether she now believes, as her previous comments have indicated, that 57 per cent of people in her hometown of Dundee are a threat to peace in Ireland.

“Given her declared commitment to socialist politics, I would invite Brennan to rethink her ill-considered views on independence and her outdated rationale, and listen with an open mind to the Scottish Socialist Party’s case for a modern, democratic Scottish republic.”

Brennan was a candidate in the 2015 General Election, and ran a crowdfund campaign to “beat the SNP [and] kick out the Tories”. The page raised PS260 of its PS2,000 target.

A supporter of new Labour leader Jemery Corbyn, Brennan had previously expressed “ambivalance” towards Scottish leader Kezia Dugdale in a New Left Review article in December 2016. A ‘senior party source’ told the Sunday Herald that Brennan “should overcome her ambivalent attachment to reality”.

SSP candidates are standing in the Holyrood 2016 election under the RISE banner.

Lesley Brennan did not respond to a request for comment.