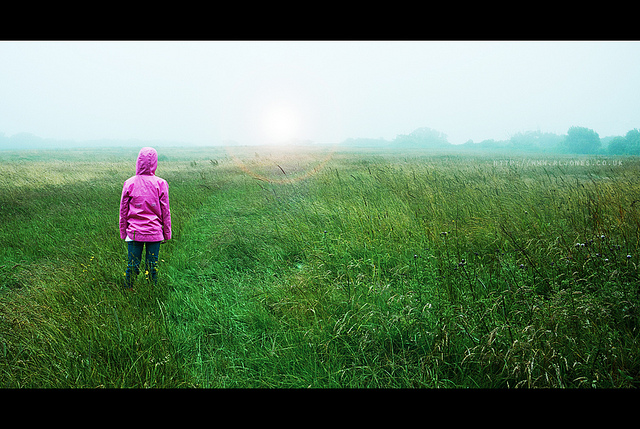 The socioeconomic circumstances of those suffering mental health issues must be addressed, experts have told CommonSpace – but the power to do so may only come with independence.

TACKLING Scotland’s mental health crisis, particularly amongst its young people, must be tied to a wider strategy to combat poverty and inequality, two experts have argued following the announcement of a major push on mental health by First Minister Nicola Sturgeon in this week’s Programme for Government.

£250m will be invested over the course of five years to improve mental health services, with a particular focus on young people; approximately 600 extra nurses and counsellors will be provided for schools, colleges and universities around Scotland, following widespread concerns over lengthy waiting times for those seeking mental health support.

Recent statistics showed that child mental health waiting times in Scotland were the worst on record between April and June of this year, with only 67.8 per cent of the 4,664 young people seeking support receiving their treatment within the Scottish Government’s 18-week waiting time target. Mental health minister Clare Haughey subsequently described the new figures as “completely unacceptable”.

However, two leading Scottish experts in childcare and education have told CommonSpace that the Scottish Government should take a wider approach than attempting to cut down on waiting times in order to address what the Scottish Youth Parliament has described as “our generation’s epidemic.”

Marion Macleod, policy manager at Children in Scotland, told CommonSpace that the SYP’s recent research into young people’s mental health, gathered from over a thousand young people across the nation, “found disturbing levels of mental distress among many young people in our schools and communities.”

She added: “Young people also voiced concern about the inadequacy of services in many areas and the length of time they had to wait for those that did exist. For these reasons, the extra investment…is very welcome.”

Macleod said that root causes had to be identified and tackled, as well as symptoms.

“Treating those who are already ill, or at high risk of becoming so is, of course, vital,” she said. “What is arguably just as important, however, is the need to understand what is causing this unprecedented demand for psychiatric services and to address its root causes.

“The principle of prevention rather than cure is now well acknowledged in health, education and social services. Few plumbers would advise leaving a leak until it becomes a flood before intervening. Equally, few social workers, teachers or doctors believe that waiting until a child has been abused, a pupil has fallen behind in their learning or an acute illness has developed is preferable to taking steps to avoid the occurrence of these crises.”

Describing the steps that could be taken to minimise the numbers of young people being referred to mental health services, Macleod said: “Early onset of psychotic conditions such as bipolar disorder or schizophrenia is, thankfully, rare, so many of the young people waiting for mental health support are experiencing problems of stress, anxiety, depression and behavioural difficulties. We need to look, firstly, at some of the factors associated with poor emotional wellbeing.

“Research has found that there is a strong association between parental, particularly maternal, mental health and children’s emotional wellbeing in early life, measureable even at entry to primary school. In turn, adult mental ill-health is significantly more prevalent among people in the lowest socio-economic quintile.

“By mid-primary school children from the poorest families are far more likely to report levels of emotional distress verging on the clinical range than their richer counterparts. Poverty generates stress in parents and children. Parents who are anxious and depressed will have less capacity to support their children’s positive wellbeing than those who are not living with such burdens.

“We also need to look at the community level services which children and their families can access more readily and ask if more can be done at this level to provide support. The demands on the primary health care services are increasing with our expanding older population and GPs may have had little specific training in treating mental distress. Many services that support families in their communities and minimise the risk of problems developing or worsening have fallen victim to cuts in local authority provision. Both these factors will increase the demand for specialist services.”

“Mental illness is more prevalent in less equal societies, even among those who are materially advantaged.” Children in Scotland policy manager Marion Macleod

The alleviation of material poverty, Macleod argues, “would relieve the toxic levels of stress experienced by far too many of our poorest families. Reducing inequality in our society is also important. Mental illness is more prevalent in less equal societies, even among those who are materially advantaged.

“Upskilling and expanding the workforce to ensure that there are both sufficient, and sufficiently skilled, services that can support families at community level are needed. We also need to look creatively at how universal services such as early years provision, health visiting and schools can contribute. Parents need to be supported to bring up their children well through advice and support. Their own mental health needs must be addressed if they are to support that of their children effectively.

“Schools must be places that reduce mental distress rather than exacerbate it. We need to look at the factors in schools that increase anxiety and see what can be done to eliminate them. Finland, one of the most successful nations in the world educationally, has no tests, no homework and an emphasis from birth to seven on play, exploration and development of social relationships.

“Access to stimulating and absorbing informal social, learning and recreational activities throughout the life course are invaluable. Link workers attached to GP practices in some areas have been able to engage people in community activities and the demand for GPs to prescribe medication or refer to psychiatric services have been demonstrably reduced.

As a society, we have avoided the recurrence of epidemics of physical illness, Macleod explains, by “developing strategies of prevention – immunisation, introduction of controls on settings such as food preparation, health education. We must do the same with mental health, otherwise the epidemic of this generation will also be that of the next.”

John Davis, Professor of Education at Strathclyde University, also welcomed the new funding announced in the Programme for Government, but made similar calls for a more wide-ranging strategy to tackle the issues which feed the mental health crisis: “It’s a positive step to have money that’s coming towards particularly the counselling services in schools, because what young people are telling us is that they can’t access support when they need it. Far too often the threshold for support is too high to access Child and Adolescent Mental Health Services (CAMS). So you’re only able to access the service when you have an acute mental health issue, which is too late. Channelling money [to counselling] will actually save on acute costs, so it’s the sensible thing to do.”

Any new approach to mental health, Davis argues, must bear the rights of those concerned in mind in order to be effective: “There was a pilot a few years ago, in various schools, which showed that appropriate counselling – and I would stress ‘appropriate’ – is impactful, and it really helps young people. I worked with Midlothian Council and I co-authored a book on integrated working, and we were advocating a strengths-based approach where you use the children’s rights approach to enable the young people to make decisions about their lives.

“If the counselling approach isn’t sensitive to young people, rights-based and participatory – if it’s just adults telling them what’s wrong with them – some of that money might be wasted.” Professor of Education John Davis

“The real problem with mental health services is when the interventions happen or when you access the health service, they disempower you – it actually accentuates the mental health issue, rather than improves it. The money going to counselling is great, but if the counselling approach isn’t sensitive to young people, rights-based and participatory – if it’s just adults telling them what’s wrong with them – some of that money might be wasted.”

“The disability rights angle requires the professionals not to take all the power away from young people,” he emphasised.

Regarding how effective the Scottish Government’s new initiatives may be, Davis said: “I think there’ll have to be proper research to evaluate the impact of the funding, and there has to be a strategy for how it connects with a rights-based approach to young people’s lives. The Scottish Government has a consultation ongoing at the moment about beefing up the approach to young people’s rights in Scotland. It also connects with the Education Bill, which didn’t really talk a lot about young people’s rights, but a lot of mental health issues stem from disempowerment in an educational setting.

“Some young people are voicing concerns about the stress they are put under in schools by the exam culture and accreditation culture. There is also bullying, which connects with other issues like racism, discrimination, online bullying, LGBT issues… There’s a whole culture that needs to be addressed. This is just money for counselling; it’s one end of the equation.

“This is one of the reasons I support independence – until we have all the levers at our disposal, we won’t be able to address the big economic issues that affect mental health.” Professor of Education John Davis

“If we’re taking a participatory approach to democracy in Scotland, and particularly local democracy, what does that mean for young people? Because what we know is, when you listen to young people and let them lead on the issues that affect their lives, their mental health improves. So if we actually address the issues of local power politics – in schools, in local health services, in our local communities – [we see] it’s not just one thing that will make a difference. It’s good that the funding is there, but the question to ask the Scottish Government is: how are they doing a joined-up approach to this?”

Professor Davis agrees that combating the mental health crisis must be joined with efforts to end poverty and inequality, but doubts whether Scotland currently has the power to do so: “This is one of the reasons I support independence – until we have all the levers at our disposal, we won’t be able to address the big economic issues that affect mental health.

“If you look at the amount of young people whose parents were hit by the financial crisis – moving to temporary housing, having trouble with their rent or mortgage – and add in other issues, like bullying in school, or discrimination based on an identity issue such as race… they all build up. That’s where the Scottish Government comes in – but it does have one hand tied behind it’s back, because a lot of the welfare issues are caused by the economics of the Westminster Parliament, not the Scottish Government.”

Asked what steps the Scottish Government could take with the powers currently at its disposal, Davis said: “They need to connect their approaches to community spaces and young people, their approaches to education – if there is another Education Bill – and their approach to children’s rights and health. Those are devolved issues, and they need a plan that’s much more radical.”