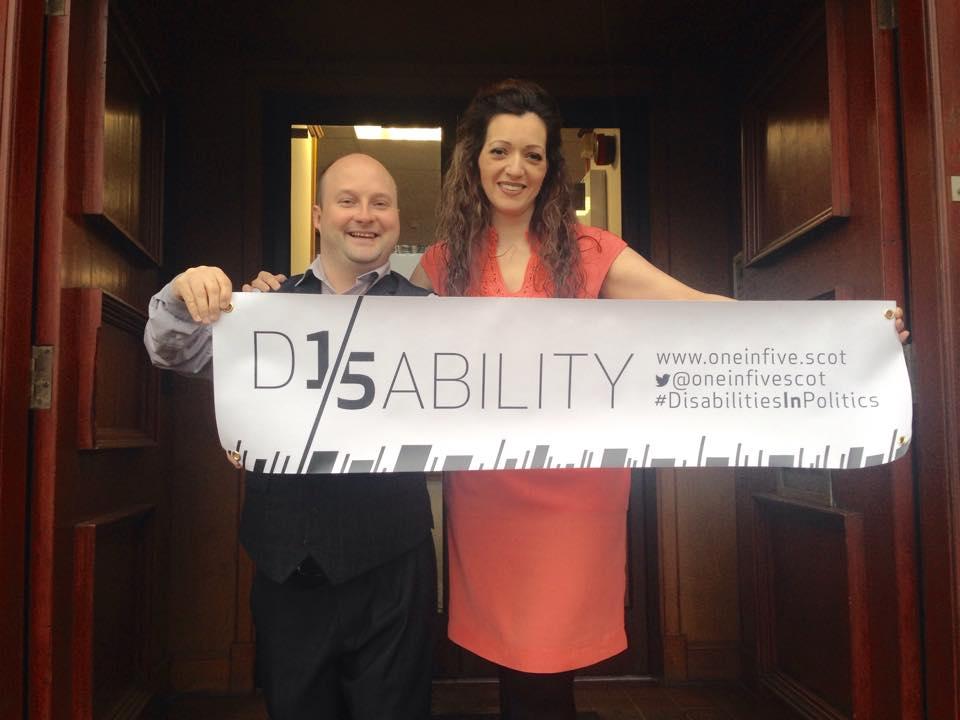 THE One in Five campaign, a new drive to increase political participation of disabled people in Scotland, has already signed up Scotland’s governing party to its One in Five charter shortly after launching.

One in five is the number of people in Scotland of working age that has a disability, and the campaign aims to boost representation of disabled people in politics through getting political parties and leaders to sign up to its charter and enact its principles.

– Meetings are held in accessible venues

– Material is available in a variety of formats

The SNP has already signed-up, and Jamie Szymkowiak, co-ordinator of the campaign, told CommonSpace that he has “been in contact with all of Scotland’s major political parties and some political organisations”, and hopes to speak to at branch level to as many groups as possible as “it’s here where people become empowered and included”.

Szymkowiak said he was inspired by the “upsurge in political interest in Scotland” to start the campaign.

“We all agree that greater equality and having political representation that mirrors society is needed,” Szymkowiak said. “Alongside women, our LGBTI and ethnic minority communities, I want to ensure the voices of disabled Scots are represented, seen and heard.”

Szymkowiak, as a person with an impairment, said the majority of his experience in politics had been “extremely positive” but that there were still impediments for disabled people to access politics.

“In the few weeks that I have been focusing on this new campaign, the two main concerns have been accessible venues in rural areas and the cost of accessible materials to local branches,” Szymkowiak said. “It’s my view that every obstacle can be overcome and highlights the importance of the first point in the Charter where members needs are asked. Accessible venues are available, it may just take a bit of effort to find a new place to hold meetings – and we are happy to assist where we can.

“We can also take advantage of new technologies: Skype and FaceTime. Holding meetings at a range of times is also important: not just midweek evenings when getting transport or support might be most difficult,” Szymkowiak added.

Picture courtesy of One in Five campaign Facebook page