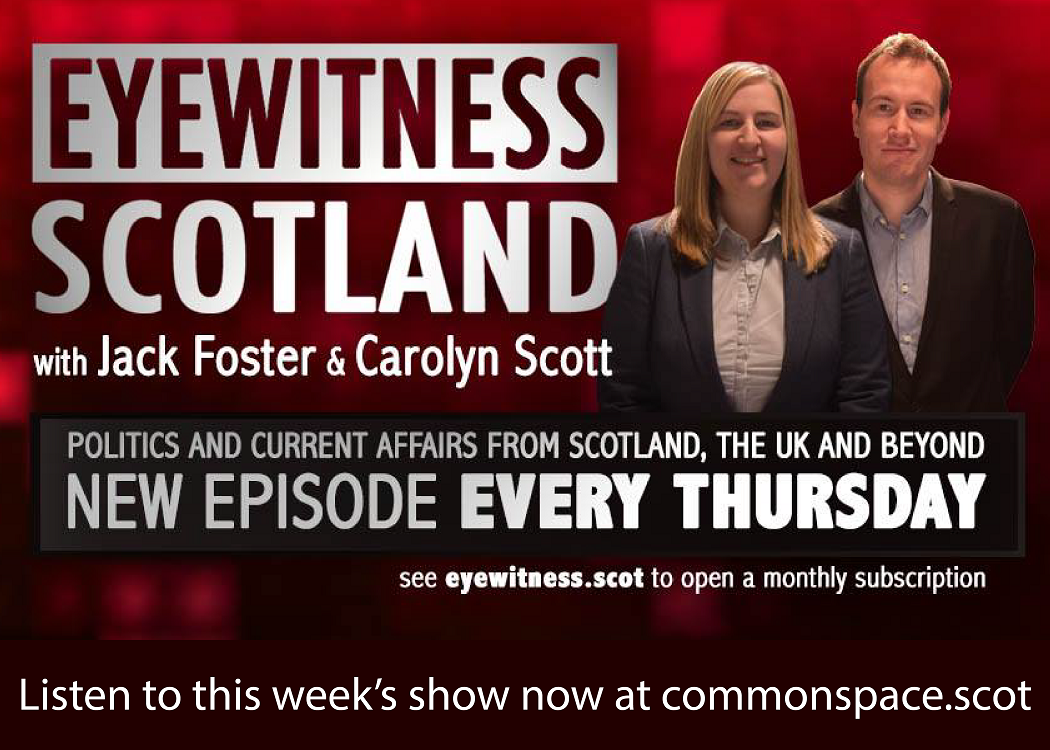 Presented by Carolyn Scott and Jack Foster, formerly of NewsShaft , the episode is the first of three pilot editions and will be rolled out into a three-month series if successful.

According to an Eyewitness Scotland statement, the show is “a radio documentary focusing not just on issues from across Scotland and the United Kingdom but offering a Scottish perspective on global issues”.

Co-presenter/producer Carolyn Scott said: “We wanted to do something that allowed us to break out of the cycle of simply ‘talking to each other’ within the Scottish political media landscape. It’s important that as a nation we have media outlets which don’t just provide commentary on what’s happening in Scotland, but give a Scottish voice to global issues.

“This is one of the things our mainstream media fails to deliver – they’re very good at providing regional news but as soon as the discussion turns to the American elections or the Syrian conflict, for example, we hear only from the London offices. Scotland is not a region, and it needs a media which reflects that.

“As with all of the programs we’ve made, we endeavour to produce balanced and impartial reports – we’re not interested in only putting across voices we agree with.”

Scott added that the weekly show will depend on financial support from its listeners. The duo were previously co-presenters of NewsShaft, a new media project which produced a series of podcasts. The NewsShaft team worked full time on the project, but it closed in October after it could not secure enough funding from listeners to cover overhead costs and salaries. As a result, Scott says the duo will produce the new series on a part time basis with minimal costs.

“We are all too aware of the difficulties involved in funding media ventures, which is why we’ve scaled back to one weekly documentary show which we can be working on in our spare time. We don’t have the funds for luxuries such as dedicated office time, or any form of salary, but producing good quality current affairs programming is something we’re both very passionate about. We’ve been itching to get going with new shows since the closure of NewsShaft, and this project feels like a manageable solution to the problems we faced when running NewsShaft.”

The show is the latest addition to a burgeoning online ‘new media’ scene in Scotland which is primarily funded by readers and listeners. Earlier this month, Wings Over Scotland launched the site’s annual crowdfunder and has so far raised more than PS65,000 , while online donations and subscriptions continue to fund other services including CommonSpace , Bella Caledonia and Independence Live .

The first episode of Eyewitness focuses on the Junior Doctors Strikes and the NHS. Visit the Eyewitness website for more details and to register your support.