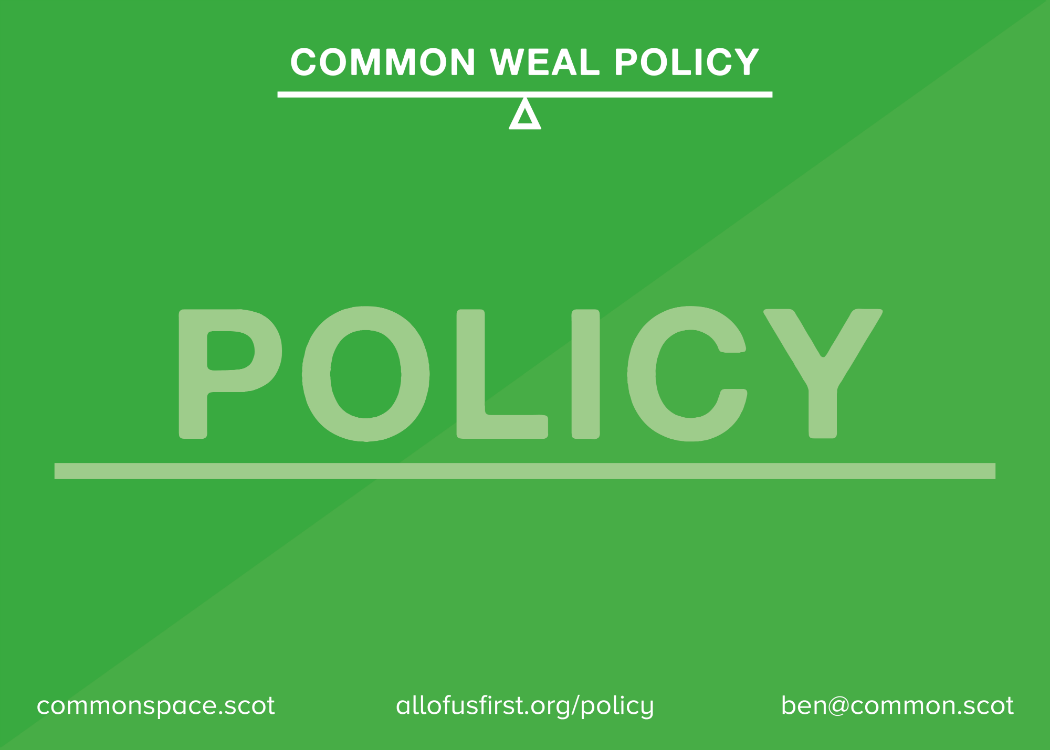 The new report outlining a plan for an alternative ‘people’s’ banking network in Scotland is a New Economics Foundation, Friends of the Earth Scotland, Move Your Money and Common Weal collaboration

COMMON WEAL has published a new report alongside three other campaign groups and think-tanks arguing for new ‘People’s banks’ to balance out the “unstable and unfit for purpose” domination of the financial sector by big commercial banks in Scotland.

The report, ‘Banking for the Common Good: Laying the foundations of safe, sustainable, stakeholder banking in Scotland’, can be accessed here .

– Not-for-profit “People’s Banks” in each of Scotland’s regions to offer banking services to local people and business.

– Local banks would be part of a “People’s Banking Network” to share risk and cooperate on training, marketing and the operation of key services such as payments systems.

– A “Scottish National Investment Bank” would help establish these institutions by offering seed funding and structural support. The bank would be institutionally independent from Government but publicly owned, and mandated to promote through its lending sustainable development and employment.

The report, authored by Newcastle University PHD candidate Gemma Bone, argues that the new banks could make the Scottish economy more resilient in the face of a future financial crisis by increasing “counter-cyclical spending”, as well as directing funding to “environmentally and socially useful projects”. The proposals draw on best practice internationally including the German ‘Sparkassen’ model and the Nordic Investment Bank.

A collaboration between Friends of the Earth Scotland , the New Economics Foundation , Move Your Money the report shows that Scotland’s banking sector is made up of a very small number of mega-banks that are failing in terms of services to customers and companies, and of investment in a sustainable and productive economy.

Recent global financial turmoil has raised fears about another financial crash, with the UK and Scottish economies uniquely exposed due to over-reliance on a highly concentrated sector of mega-banks. 70% of small business bank lending north of the border is from just two banks: RBS and Lloyds banking group.

The report shows that not only is a new banking system in Scotland possible despite powers over financial services being reserved to Westminster, but the capitalisation of a Scottish National Investment Bank of proportionate size to the German KfW is feasible within the Scottish Government’s budget.

The paper calls on the Scottish Government to establish a taskforce to investigate the policies proposed.

A Scottish Parliament launch of the report will take place today [10 March], with SNP MP George Kerevan and Labour MSP Lesley Brennan speaking at the event.

Robin McAlpine, director of Common Weal, said of the report:

“People think that banking is one of those issue where Scotland just has to sit around and hope that Westminster does something good – which it never does. We really want to get across the message that Scotland could create a really powerful, people-centred banking system within the powers it already has and that this could be a really big, really transformative project for a Scottish Government. It is the kind of project future generations would thank us for.”