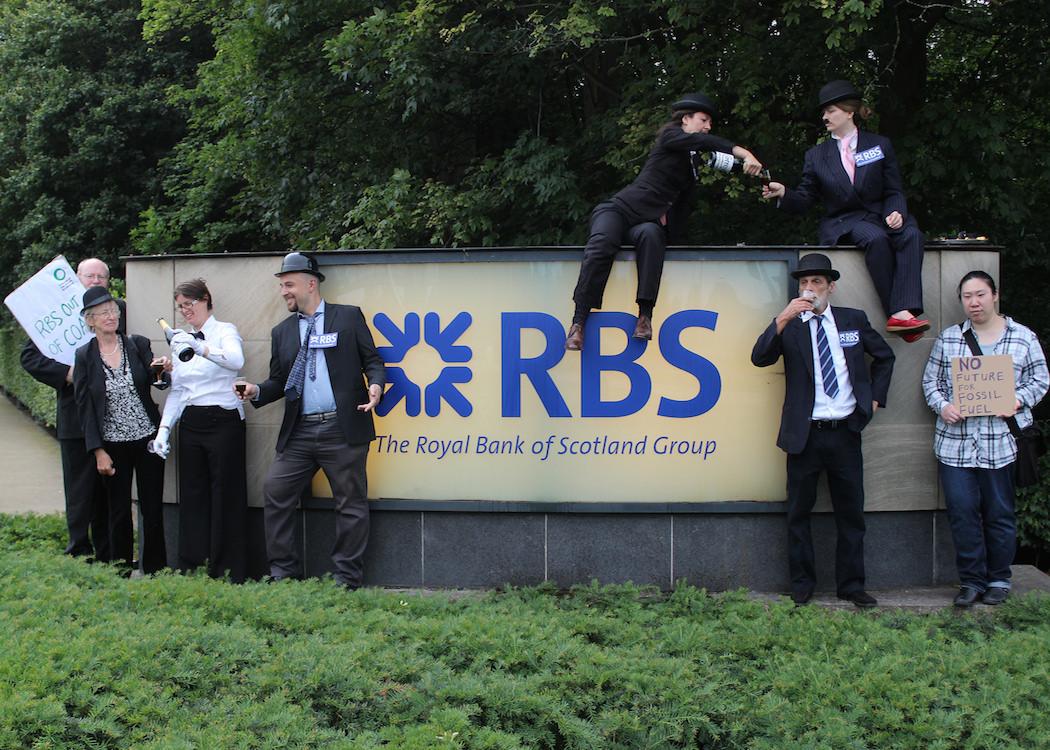 SMALLER BANKS and a national investment scheme are the key to reducing inequality and unlocking huge potential in Scotland economy, according to a new ‘ Banking for the Common Good’ report .

The report, a collaboration between Common Weal, Friends of the Earth, the New Economics Foundation and Move Your Money, advocates an overhaul of banking and investment using the existing powers of the Scottish Government.

While some regulations remain reserved to Westminster, Scottish Government economic agencies and council authorities have the power to create new organisations in support of a more diverse market. The proposals follow new figures demonstrating the challenge for Scotland to create a post-oil economy .

Author of the report Gemma Bone, a researcher at Newcastle University said: “The UK missed a big opportunity to reform the banking system after the crisis of 2008, and banking reform has since dropped off the agenda. We wrote this report to show that systemic reform of banking is both possible and desirable.

“It is pleasing to launch it in Edinburgh, a city with a long and varied history of financial innovation but this year we are calling on Scotland to take up a leading role once again to transform the banking system to better meet the pressing needs of the environment, businesses and society.”

The three key proposals in the report are to create: 1) a powerful Scottish National Investment Bank, 2) locally-rooted ‘People’s Banks’, and 3) a publicly-owned interbank payment system.

Bank users would benefit from a system more similar to the German Sparkassen model (networks of local banks) in contrast to the failed giant corporate banking system that crashed the global economy in 2008.

Patrick Harvie, co-convener of the Scottish Greens, added: “Bank customers and the wider Scottish economy both remain at risk from a largely-unreformed banking sector. Today’s report underlines what the Scottish Greens have long argued – that we need a stronger local banking and credit union network to give people more choice, support lending to small businesses and create resilience to withstand future financial shocks.

“Turning publicly-owned RBS into a network of local banks, like the German Sparkassen model, is something we proposed three years ago. We hope today’s report puts pressure on the Scottish Government to take this idea seriously.”

Yesterday [9 March] the Government Expenditure and Revenue Scotland figures revealed a substantial increase in the national deficit, following the fall in the oil price.

Economist Mike Danson, speaking to CommonSpace, said : “A fundamental restructuring of Scotland’s economy is needed … away from a dependence on externally controlled finance, oil and gas, and arms sectors and towards a sustainable and much more equal economy.”

The report will be launched today [Thursday 10 March] at the Scottish Parliament, with support from SNP MP George Kerevan and Labour MSP Lesley Brennan.

‘Banking for the Common Good’ also highlights the focus on unethical investments of giant corporate banks in arms, fossil fuels and nuclear weapons.

Friends of the Earth Scotland finance campaigner, Ric Lander said: “Scottish banks pour billions into the world’s biggest polluters, nuclear weapons manufacturers and food price speculation. Instead we need banking that is grounded in local communities and serves society and our environment.

“We are proud to be launching this report showing how, with some political courage, the Scottish Parliament could create banking for the common good.”

The event at the parliament takes place at 6.15pm.

Parties will unveil their manifestos for the upcoming Scottish election over the next month, and reveal whether they will support financial sector reform in Scotland.