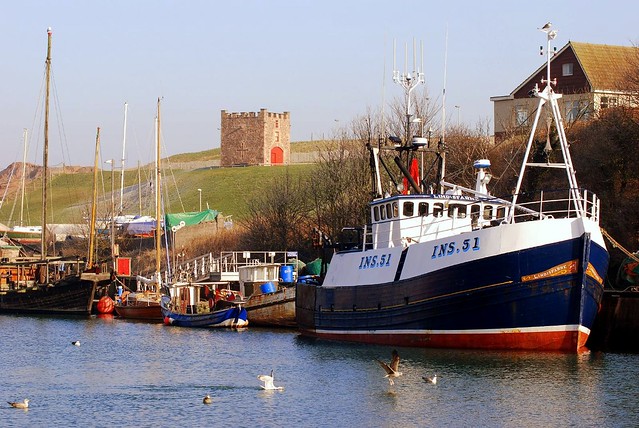 AN INDEPENDENT report commissioned by the Scottish Government has argued that the South of Scotland faces a “watershed” moment that must be must be seized in order to secure its economic future.

The new study, ‘Business-led Inclusive Job Growth in the South of Scotland’, was produced by the Good Economy in partnership with the Edinburgh-based Ethical Finance Hub, and based on interviews conducted with 68 local SME businesses, as well as local experts and Scottish financial providers.

Based on this research, the report states: “The core message from local experts was that the south of Scotland has entered a ‘watershed’ in its economic development, a crucial turning point and an opportunity for change which it must grasp if the region is to make the transition to sustainable and inclusive growth.”

Inclusive growth is defined as growth that combines increased prosperity with greater equity, and thus creates opportunities for all and distributes the dividends of prosperity in a fairer manner.

The report follows recent legislation passed by the Scottish Parliament, allowing for the creation of a new enterprise agency for the south of Scotland.

“The challenge facing the new enterprise agency is how to widen the circle of business-led inclusive job growth.” The Good Economy director of research and policy Mark Hepworth

Amongst its findings, the report reveals that the South of Scotland’s limited labour pool and skills base are a major barrier to business-led inclusive job growth, which has also been hampered by the region’s low profile as a tourist destination.

Transport barriers were also discovered to be a problem for local businesses, with one company sending chauffeur-driven cars to Carlisle to pick up its key London customers. However, 85 per cent of firms in the area have 3-year growth plans which include creating new full-time job opportunities.

The report recommends the production and implementation of an integrated, sustainable transport strategy, which would include an extension of the Borders Railway, an improved bus network, and more electric car change points; a talent retention and attraction strategy aimed at young people and young families; the modernisation of town centres in the South of Scotland into technologically, ecologically and entrepreneurially ‘smart’ places, and the creation of a Regional Investment Advisory Board to drive increased investment into the region.

Mark Hepworth, director of research and policy with The Good Economy, commented: “The Scottish Government wants businesses to play a central role in delivering its inclusive growth policies at the national, regional and local levels.

“Undoubtedly, talking to businesses directly and working on the ground in real places is essential to inclusive growth policy-making. This is the key message of our study.

“The south of Scotland needs a broad front of businesses to drive inclusive job growth.

“This isn’t a problem that will be fixed by policy coming from central government. The South of Scotland, more than any region other than perhaps the Highlands and Islands, is in desperate need of better forms of local democracy.” Common Weal head of research and policy Dr Craig Dalzell

“The challenge facing the new enterprise agency is how to widen the circle of business-led inclusive job growth. The first priority is an integrated, multi-modal sustainable regional transport system; the second is an integrated strategy for attracting and retaining talent.

“All of this requires place-based investment, inclusive regeneration partnerships, and local authority leadership.”

Chris Tait, project manager of the Ethical Finance Hub, also said: “We need a fairer system of finance that delivers more than just profit, working for people, prosperity and the planet.

“In the south of Scotland, there is a need to better link existing demand for finance with supply, as well as develop financing products that better meet the needs of smaller businesses.

“We recommend establishing a Regional Investment Advisory Board bringing together public, private and philanthropic funders with a mandate to drive increased investment into the region in support of business-led inclusive growth and good job creation.”

Speaking to CommonSpace, Dr Craig Dalzell, head of policy and research at the Common Weal think tank, commented on the report’s findings: “According to recent UK statistics, the South of Scotland has the lowest GDP per capita of any region in the UK so it is right that this neglected area receive some attention from central government. It is also right that that investment focus on areas other than GDP per capita such as wellbeing and quality of life as these are far more important metrics than endlessly chasing ‘growth’.

“But this isn’t a problem that will be fixed by policy coming from central government. The South of Scotland, more than any region other than perhaps the Highlands and Islands, is in desperate need of better forms of local democracy such as the Development Councils advocated by Common Weal. These councils would empower local areas to build and develop their economies according to their own needs and desires and would grant far greater levels of democratic accountability than will be possible through the airdropping in of schemes which may not have the full buy-in of those who will be affected by them.”