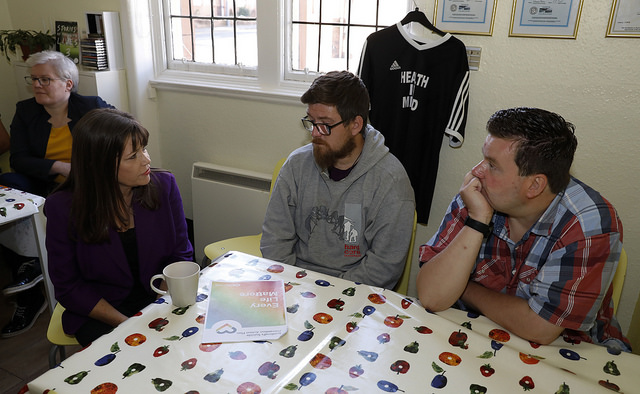 A NEW independent review of Scotland’s mental health legislation should include a timescale to deliver on existing legal commitments which are not being met, campaigners have argued.

The Scottish Government announced yesterday (19 March) that a review of mental health legislation will consider potential updates and revisions to the Mental Health (Care and Treatment) (Scotland) Act 2003, following calls from MSPs and a petition lodged with Holyrood for the legislation to be re-examined.

The Scottish Government has confirmed that a special review group will examine the latest developments in mental health care and treatment, and will accompany reviews already ongoing into incapacity law and practice, as well as learning disabilities and autism. The review itself is expected to last for roughly a year, with a chairperson to be announced in due course.

Addressing parliament, Mental Health Minister Clare Haughey said “the time is right” to review the Mental Health Act, in order to make sure the legislation “fully reflect our ambitions and the needs of those our laws are intended to support”.

Haughey continued: “The Scottish Government is absolutely committed to bringing change to people’s lives and ensuring that mental health is given parity with physical health.

“The Scottish Government is absolutely committed to bringing change to people’s lives and ensuring that mental health is given parity with physical health.” Mental Health Minister Clare Haughey

“As part of the review we want to gather views from as wide a range of people as possible and I am determined to ensure that the views of service users, those with lived experience and those that care for them are front and centre so they can help shape the future direction of our legislation.”

The move has been broadly welcomed by a number of organisations, including opposition parties in Holyrood and the Mental Welfare Commission, which described the intended review as “ambitious.”

Chief executive of the Mental Welfare Commission chief executive Colin McKay commented: “Working together with professionals and with people with lived experience, Scotland has the opportunity to create new legislation that can bring real improvement to the care and treatment of some of the most vulnerable members of our community.”

The announcement was also welcomed by the Scottish Human Rights Commission, whose chair, Judith Robertson, said: “People’s rights are affected by mental health laws in many ways, including whether they can exercise choice and control over their own care and treatment, how their liberty is affected and their rights to health.

“The Commission has called for a comprehensive review of mental health legislation for some time. We have expressed concerns about whether current legislation is effective at protecting and promoting the rights of those who need support with their mental health.

“We therefore welcome this review as an important opportunity to ensure that any new mental health legislation contains the right safeguards and provisions to protect people’s rights as fully as possible.

“We particularly welcome that the review will focus on improving compliance with the full range of people’s rights, including the UN Disability Convention and the European Convention on Human Rights.  Importantly, it will also consider the role of incapacity legislation which presents similar challenges in realising people’s human rights.”

“While everyone can experience mental ill-health, student life comes with a unique set of pressures – from balancing study with part-time work, to finding a new home, or a looking for a job come graduation time. We hope to see that lived-experience represented as part of this review.

READ MORE: The personal is the political: Activism and mental health

“While we look forward to further detail, we hope that this presents an opportunity to ensure that mental health law meets the needs of Scotland’s students and, for that matter, anyone seeking treatment and support.”

However, the announcement has also provoked calls for the Scottish Government to address existing commitments on mental health which are not being met, and for Scotland to more fully comply with United Nations legislation on the rights of those with mental health issues.

Speaking to CommonSpace, a spokesperson for the Scottish Children’s Services Coalition (SCSC) sad: “As a coalition whose members supports and cares for children and young people with mental health problems, as well as their families, we very much welcome this independent review of Scotland’s mental health legislation and would be delighted to assist in any way we can.

“Parity of esteem, where mental health is treated on a par with physical health, must form a key aspect of this.

“For too long mental health services have very much been viewed as ‘Cinderella’ service and the poor relation when compared with physical health provision.

“For too long mental health services have very much been viewed as ‘Cinderella’ service and the poor relation when compared with physical health provision.” Scottish Children’s Services Coalition spokesperson

“The 2003 Mental Health Act places duties on local councils to provide care and support services for people with mental disorders and there is an obligation on health boards to provide appropriate support and accommodation for children and young people with mental health problems admitted to hospital. There are clear concerns however that while much has been done to support those with mental health problems, many of our children and young people are missing out on the care and support they need and our services are facing increased pressure due to much greater demand.

“While there is much to be proud of in our law and practice therefore, it would be good to see how current legal and other commitments are to be met and a timescale established to achieve these.

“For example, in the latest quarter (October to December 2018) nine of our 14 heath boards failed to meet a Scottish Government 18-week waiting time target from referral to treatment for children and young people and more than 100 of these had waited over a year before being seen. In addition, 90 children and young people with mental health problems in 2017/18 were admitted to non-specialist paediatric and adult wards.

“The UN Convention in the Rights of Persons with Disabilities requires us to do more to support people to take decisions for themselves, even if they have a mental illness, dementia or intellectual disability, and to give effect to those decisions. This review should take clear note of this.

“Scotland has the opportunity to create new legislation that can bring real improvement to the care and treatment of some of the most vulnerable members of our community, we look forward to supporting in any way we can.”