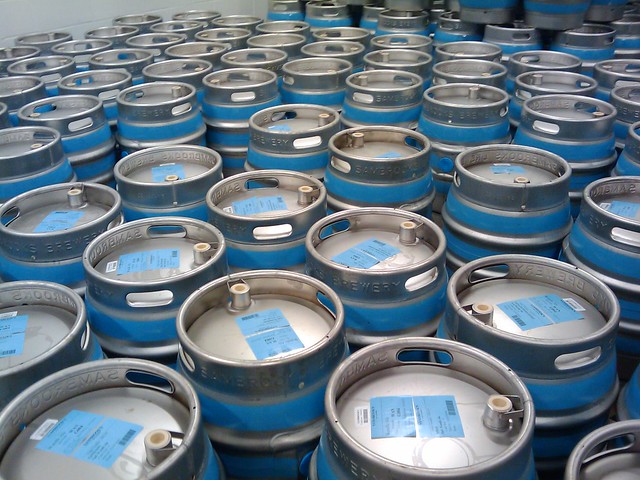 Plan to add £3.5 billion on to Scottish GDP by doubling exports in a decade questioned by the Common Weal think-tank

THE Scottish Government’s new plan to increase the value of exports to the Scottish economy from 20 to 25 per cent by 2029 has been questioned by a think-tank, which has argued that it clashes with the government’s “climate emergency” and new, more ambitious emissions reduction targets.

The 10-year Scottish export strategy, A Trading Nation, was published yesterday and aims to add £3.5 billion to Scottish GDP and create 17,500 additional jobs. This would see exports, currently worth £32 billion, almost double.

But today the First Minister committed to a new climate emissions reduction target of net-zero by 2045, after declaring a climate emergency at the weekend and a “Scottish Green Deal” two weeks ago, which would see a massive increase in public investment to transform Scottish infrastructure and increase self-sustainability.

Craig Dalzell, head of policy & research at the Common Weal think-tank, said the export strategy and climate strategy could be in conflict.

Dalzell said: “As much as having a vibrant export industry is an attractive thing there is a risk that the strategy laid out in this report conflicts directly with the strategy demanded by the Green New Deal announced by the First Minister two weeks ago.

“The Scottish Government must now re-evaluate all policies across all policy areas in light of the climate emergency and begin doing the difficult but necessary job of reducing carbon emissions in all sectors. There is no more time left to pretend that we can have our emissions and avoid climate change.”

The export strategy calls for looking at the viability of increasing Scotland’s air links with the rest of the world to aid exports, arguing: “Scotland has enjoyed significant growth in international air routes over the past 10 years. Scheduled services to international destinations have more than trebled since 2001. However, we do not have as many direct long haul flights when compared to similar sized European nations.”

He said: “Our response to the climate emergency needs to be written through our economic strategy, not seen as an optional extra. A sustainable future doesn’t mean we’d stop importing or exporting. But it does mean we’d take responsibility for the embedded carbon in the goods we import, and we’d stop extracting every drop of oil and gas we can reach so that others around the world can burn it without affecting our domestic targets. It also means investing in the quality rail links and modern, cleaner ferry services we need to get freight as well as passengers off the road and out of the skies.”

First Minister Nicola Sturgeon indicated at First Minister’s Questions that all policy options were now on the table to meet the new climate target, including the possibility of scrapping plans to cut Air Passenger Duty by 50 per cent.

The planned APD cut has not went ahead yet due to question marks over the ability of the Scottish Government to secure opt-outs under EU state aid rules for the Highlands & Islands, but Chief Executive of the Committee for Climate Change Chris Stark has said that scrapping the planned tax cut “would help immensely with the emissions challenge there is in Scotland”.

Speaking at the launch of the new export strategy, Sturgeon made the case for Scotland “internationalising” its economy.

She said: “Scotland is renowned for its long and proud trading history with our exports increasing in value over the last 20 years to more than £30 billion worldwide.

“Despite this success, exports have remained broadly static as a proportion of the economy which means Scotland is not internationalising at the pace required to keep up with our competitors.

“In the face of the EU exit uncertainty, A Trading Nation gives a clear signal of our ambition to remain an open and progressive nation where our businesses trade in global markets.

“The plan identifies the scope of our potential trading relationships and sets out how we can refocus our efforts on countries, sectors and businesses with the most demand, opportunity and potential.”

Commenting, Richard Leonard, Scottish Labour leader, said that the new export strategy had a credibility deficit, arguing that plans for a Scottish currency after independence would hit exports.

He said: “Boosting exports should be a priority for the First Minister, but it is difficult to take her seriously on this matter.

“The SNP Government has missed its export target year after year.

“And this comes amid her plans to launch a separate currency and break away from our largest export market – the UK – which will put Scottish exporters at a serious disadvantage.

“Labour will grow exports by developing an industrial strategy to revitalise manufacturing and boost the services sector to ensure high wage, high skill jobs for the future.”