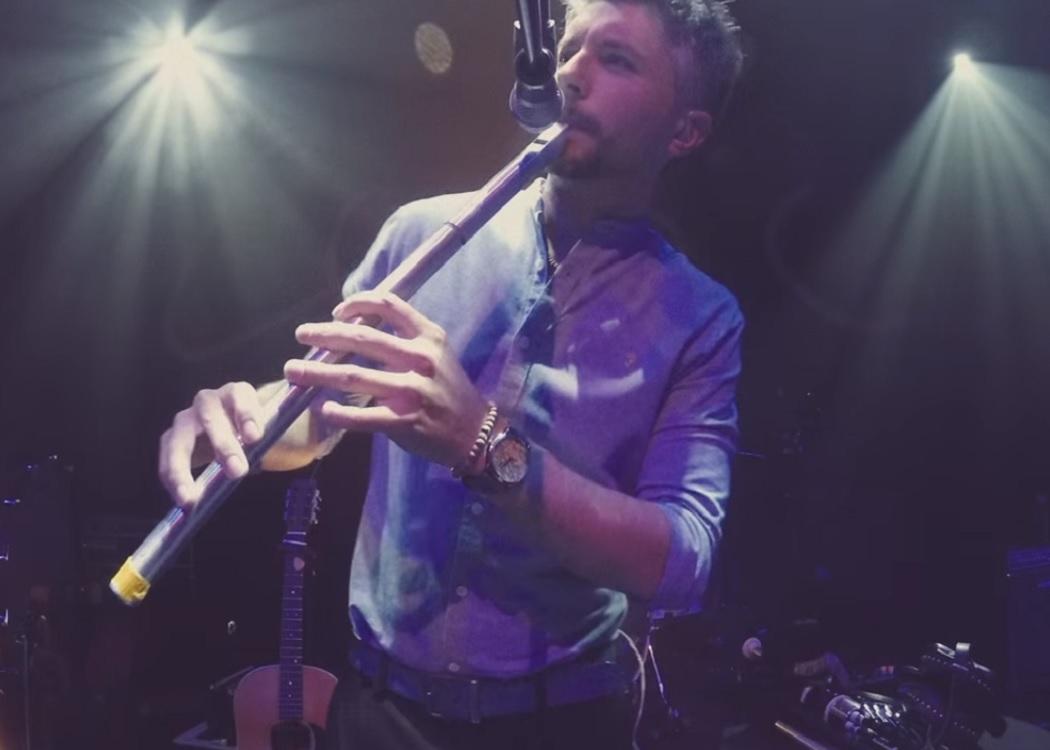 Jonathan Rimmer rounds up the best new tracks from Scottish artists, or at least artists who are Scotland-based or on a Scottish label – he doesn’t judge

Jarlath Henderson – Courting Is a Pleasure

County Tyrone-born but Scotland-based songwriter Henderson is a quite sensational vocalist and multi-instrumentalist who deserves to make a big impact this year.

Having collaborated with the likes of Lau and Capercaillie, Henderson knows his chops when it comes to folk music. However, while he draws from traditional modes for his vocal and whistle melodies, he uses a distinctly modern style of production.

On ‘Courting Is a Pleasure’ these melodies float alongside plucked guitar and electro bass, an intriguing mix that works surprisingly well. Though he’s an experienced artist, upcoming album ‘Hearts Broken, Heads Turned’ is actually his first ever solo record.

It’ll be interesting to see if the arrangements on the rest of the album are as fascinating as this one.

Glasgow six-piece The Insomniac Project were clearly born in the wrong era. So adept are they at reviving the sounds of bona fide disco funk, you’d think you’d travelled back in time if it wasn’t for their subtle electro house influences.

Produced by Lewis Gardiner of fellow synth-poppers Prides, the band’s second single, ‘Vacillation’, demonstrates the maturation of their sound. Vocalist Deborah Lang really comes to the fore on this one, belting out the verses like she was Glasgow’s own Donna Summer.

The band also really announce themselves this time around. The boogie bass lines are back but there are various flourishes and jam-esque deviations as the song unravels. I’m interested to whether the band choose to continue down this more progressive route or whether they opt for a more streamlined pop approach.

David Thomas Broughton was a new discovery for me, I must admit, which is odd because he’s worked with everybody under the sun. His upcoming album, ‘Crippling Lack’, is similarly collaborative, described as a “a trans-continental triple-vinyl album, released in three different volumes with three different labels in three different countries”.

The lead single, “Words of Art”, is also quite long-winded. Broughton’s quivering voice radiates emotion, fighting for attention with the seductive tones of Aidan Moffat while an ascending guitar line plays slowly in the background.

There’s something quite unsettling about the track that’s hard to pinpoint, particularly as Moffat provides some quite philosophical musings on reality while strings build up behind him.

Whatever your interpretation, it’s an affecting single that’s bound to arouse curiosity for the full ‘triple-vinyl’ LP (Volume One is out now).

When I reviewed AmatrArt back in February , I commented on their struggle to utilise their better qualities and, in particular, incorporate electronic elements into their sound.

Whatever my reservations were, they’ve more or less vanished listening to new single ‘Soft Skin’.

The band’s jagged indie/electronic hybrid is more convincing, as they discerningly temper their intricate guitar lines with subtle washed out synths throughout. The intermittent vocal harmonies that serve as the most immediate hook – and to be honest, the band rarely stick at one idea for too long anyway – are also hypnotic.

Whether this track has made me a fully-fledged convert, I’m not sure. My previous advice was to rein in their experimental sound but this Glasgow band clearly have barrels of potential and I may well be proven wrong.

The world and his wife went berserk when this Edinburgh duo released ‘The Road’ last year.

Okay, that’s an exaggeration, but it’s rare to see a new Scottish band receive so much hype from one single.

How have Man of Moon responded to the acclaim? By more or less following the exact same formula that made their debut such a success. Like ‘The Road’, ‘Sign’ is a slow burning guitar with psychedelic production and a big rousing crescendo.

A strong core sound isn’t the only reason they’re one of Scotland’s best new bands, though. There’s a real dynamism at play, particularly in the way they transition between different sections. Their moody vocals and reverb-soaked guitar lines feel raw and evocative.

It’s early days yet, but Man of Moon have belied their age with another immaculate single. Their new ‘Medicine EP’ drops 6 May.

One of Scotland’s most frequently impressive electronic acts, Machines in Heaven have slowly evolved from simply producing all-encompassing electronica.

This shift in focus leaves them somewhere between Boards of Canada and The Knife, a unique musical perspective. As expansive and textured as they try to be, the retro synths and French house basslines tend to fill up the mix – which is no bad thing if you’re a fan of that synthwave sound like I am.

The band’s new album, ‘Phenomenology’, comes out on 13 May and I’m curious to see how often the band truly burst out of their shell. They hint at it enough here.

Stars of last year’s Tenement Trail festival, Dundee’s Sinderins are building a solid reputation as a live band around the country. Their new single, ‘Fayre’, is as good an introduction to their folk-rock meanderings as any.

Your opinion of them will inevitably depend on how you perceive vocalist Dave Webster. His assertive falsetto is undeniably shrill and the focal point of the track.

Instrumentally the band take cues from Jethro Tull and The Beatles, complimenting his poetic lyricism with energy. Ultimately, it’s Webster’s vocals that will make this or break this. He injects the band’s earthy sound with a transcendental quality that elevates them to another level.

Their self-titled debut arrives in June.