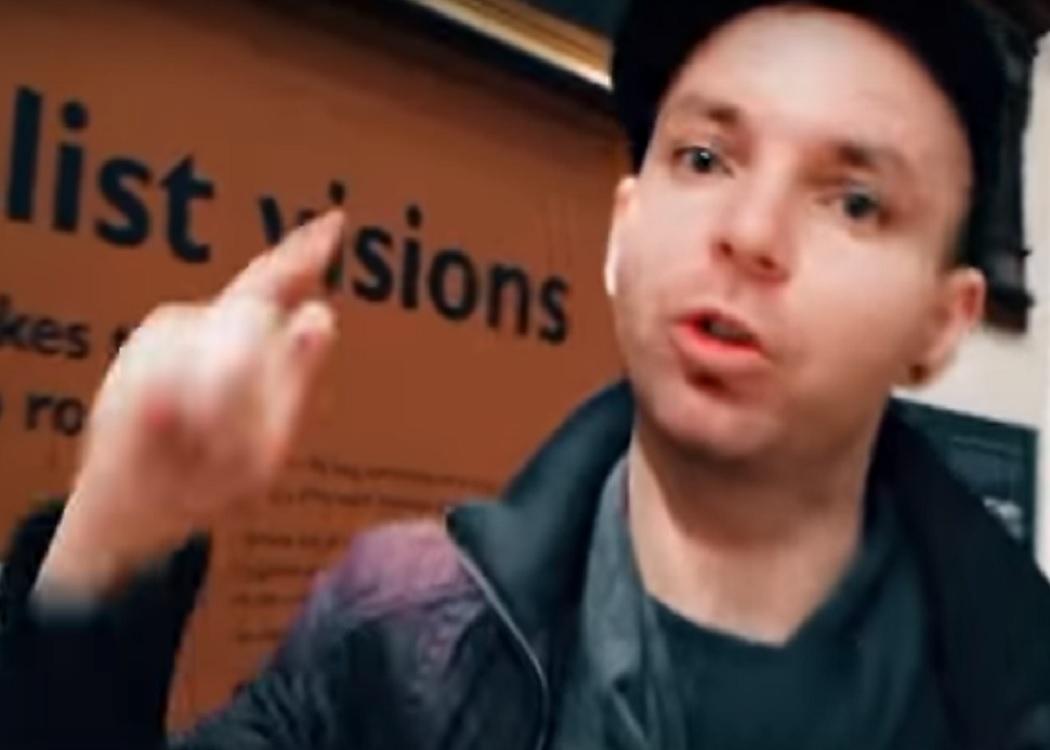 We Came From Wolves – Ruiner

Much like Biffy Clyro and Twin Atlantic before them, We Came From Wolves are a heavy Scottish band with two distinct personalities. Though there are points on their self-titled record that are overtly radio-friendly, there are also glimpses of experimentation.

A surprising choice for a new single, ‘Ruiner’ is an example of the latter. Opening on a thorny riff in 13/8, the track eventually bursts out its shell and busts out the power chords before closing on a dramatic gang-vocal finale.

It’s not their most memorable tune but does demonstrate the band’s natural flair for shifting between different structures and arrangements.

Grum – Under Your Skin

Edinburgh producer Grum won international acclaim for his glossy retro sound on 2010 debut ‘Heartbeats’, but the release of his follow-up LP continues to be pushed back.

His new single, released on Above & Beyond’s label Anjunabeats, suggests that might be because of a change in taste or direction. A euphoric cut with stunning vocal melodies courtesy of Rothchild, ‘Under Your Skin’ is as accomplished as anything that the trance legends have released in the past decade.

Whereas Grum’s older material served as a tribute to 1980s synth pop, this track sees him reviving the best elements of 1990s club music in his own unique way.

You may already be familiar with this track if you actively follow Glasgow’s music scene, but it’s now being released as an official single on March 18.

‘Luv’ serves as a catchy reminder that Catholic Action have received so much hype for a reason. The band have previously been compared to Belle & Sebastian for their charming melodies and catchy riffs, but this single’s rhythmic strut betrays a few 1970s glam influences, too.

‘Luv’ is a short, punchy single that lingers on the brain long after you’ve listened to it.

In Chris McCrory, the band may just have Glasgow’s most talented frontman since Alex Kapranos (Franz Ferdinand).

Whatever your thoughts on the controversy surrounding The Glasgow Effect – because let’s be honest, it’s been discussed to death – rapper Wee D’s new track is one of the most compelling things to come out of it.

Wee D’s flow and delivery have been up there with the best in Scotland for a while now, even if his releases have been hit and miss. ‘The Glasgow Effect’ indicates that he’s at his best when tackling provocative topics.

Backed by legendary beatmaker Steg G, the Glasgow emcee reveals why hip-hop is such a significant vehicle for protest music.

Colonel Mustard & The Dijon Five are undeniably one the wackiest collectives operating in the Scotland right now.

The band’s DIY ethos and cross-community events, not to mention their admirable devotion to the colour yellow, has earned them a considerable grassroots following.

One of their catchiest tracks yet, ‘International Sex Hero’ sees them at their barmy best. The funky guitars and deadpan vocals are vintage Mustard, but as always there are a few off-the-wall moments as well.

Glasgow Barrowlands) on 5 March, a fundraising event for The Clutha Trust.

Despite having been promoted as a moody post-punk band, Livingston band Savage Cut’s guitar tones and dynamics-based song structures on new single ‘Konsul Miklan’ are more reminiscent of grunge/post-hardcore acts from the 1990s.

In other words, they’re actually quite heavy and not that moody.

The only vocals on new track ‘Konsul Miklan’ come courtesy of old punk singer Shug O’Neill reading an old speech by revolutionary Scottish socialist John Maclean, with the instrumentation constructed around his narration.

The intention appears to be to emulate the sample-based post-rock stylings of Maybeshewill or even Mogwai, but the effect is a little jarring. Still, if you’re not a fan of catchy rock riffs for some reason, this is worth it for the political education at the very least.

On this preview track from their upcoming album ‘Painting of a Panic Attack’, Frightened Rabbit continue to deal with themes of mortality.

With its droning piano and “you died in your sleep last night” refrain, ‘Death Dream’ is perhaps more sombre than anything the band have released thus far.

With that said, there’s something about Frightened Rabbit’s earthy sound that gives this a certain warmth. Vocalist Scott Hutchinson is back to his best, emanating the sort of passion that characterised ‘The Midnight Organ Fight’, still the band’s best album.

It’ll be interesting to see how good an indication this track is of the whole album, especially after ‘State Hospital’ proved such a misleading promo for the aptly named ‘Pedestrian Verse’.

Nevertheless, this is a promising return from one of Scotland’s most talented acts.