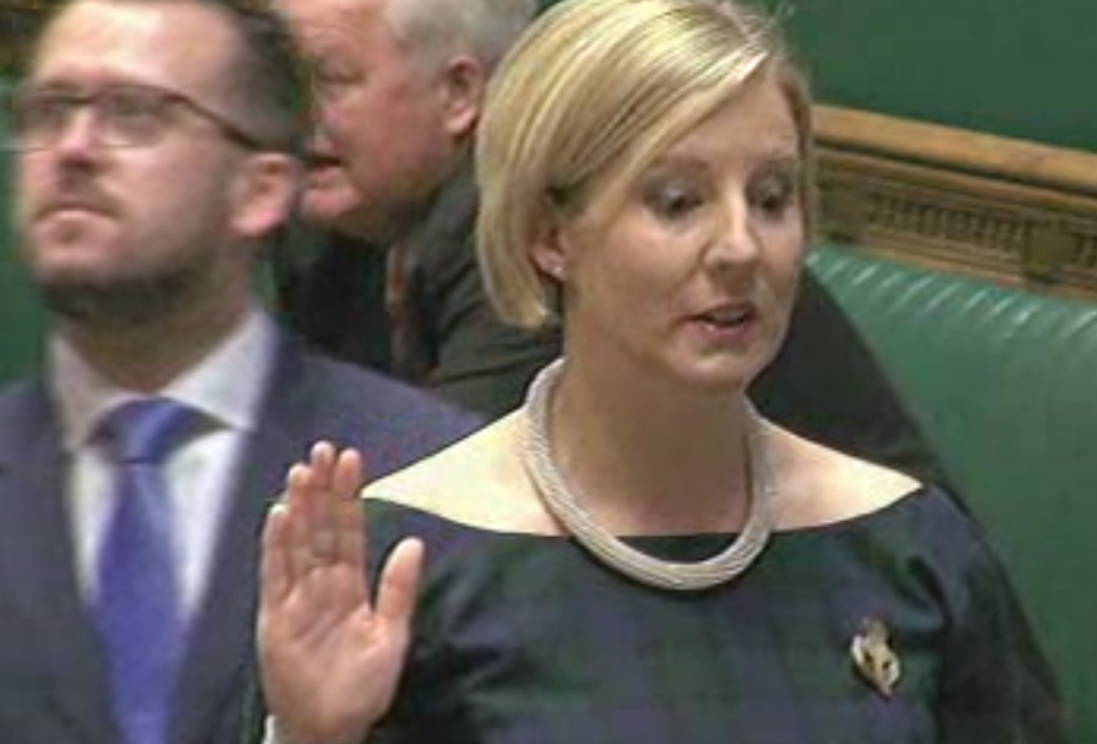 Official ceremony passes with little controversy, despite republican leaning of many MPs

NEWLY elected Scottish National Party (SNP) politicians have now been sworn in as members of the Westminster parliament.

The procedure for newly elected MPs took place today [Wednesday 20 May] with a mixture of religious and linguistic oaths of allegiance made by the party representatives.

The ceremony is controversial as it requires republican politicians – those who support an elected head of state – to swear in support of the monarchy and her successors.

Failure to complete the ceremony bars any politicians from representing their constituents in parliament.

SNP MPs Natalie McGarry and Tommy Sheppard stated prior to the event that they would make the oath despite their republican reservations.

The oath in English reads: “I (name of Member) swear by Almighty God that I will be faithful and bear true allegiance to Her Majesty Queen Elizabeth, her heirs and successors, according to law. So help me God.”

MPs can also chose the affirmation wording, which omits the first religious reference: “I (name of Member) do swear that I will be faithful and bear true allegiance to Her Majesty Queen Elizabeth, her heirs and successors, according to law. So help me God.”

While all SNP politicians followed the rules, Labour MP for Leeds East Richard Burgon made his objection before taking the oath.

“As someone who believes that the head of state should be elected I make this oath to serve my constituents,” he said.

New MPs also chose to make the statement in a variety of languages.

Callum McCaig MP also tweeted that he managed to fit in a bit of Doric when meeting members in the chamber.

Whitford tweeted that she was wearing jewellery from her parents and a band from a young relative, “carrying both my old duties and new with me” as she went through the ceremony.

Nicolson said he spoke “the best Gaelic I could muster in memory of my beloved father”.

Stewart McDonald MP went through the ceremony with a Scotland-Palestine pin badge, in a show of solidarity to the people of Palestine.

The newly confirmed MPs will face a number of challenges, including a new Scotland Act, a further austerity budget and a referendum on an exit from the European Union in their first year from the opposition benches.