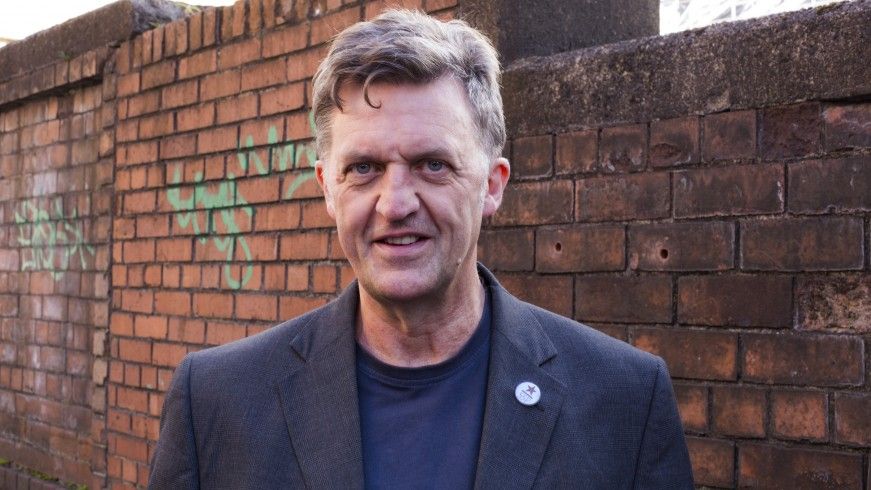 RICHIE VENTON, the veteran political activist, trade union organiser and founding member of the Scottish Socialist Party, has followed his election this week to the UK executive of the Union of Shop, Distributive and Allied Workers (Usdaw) by calling for the Scottish trade union movements to be “democratised” and union members given greater freedom in allying with political parties.

Venton, a former organiser for the Labour party’s Militant tendency during the 1980s and part of the Trade Unionists for Independence campaign group during the 2014 referendum in Scotland, achieved 17.2 per cent of the vote in the USDAW NEC election, winning one of the two available seats on a progressive left platform and coming second to sitting NEC member Jean Hession.

Usdaw is the fourth biggest union in the UK, and the industry it covers – including shops, warehouses, transport and food production – is the UK’s second biggest employer after the NHS.

Speaking in the aftermath of his victory, Venton told CommonSpace about the top priorities for his new role, as well as the tangled relationship between Scottish politics and the union movement.

During his election campaign, Venton strongly advocated the need for Scottish Usdaw members to have a say on uniquely Scottish issues. Asked if this was something he felt applied across the Scottish trade union movement, Venton said: “I think it is. The kind of jargon among political circles that would apply would be ‘political autonomy’.

“I don’t mean splitting the unions, I don’t mean a separate union, but where there’s a union such as Usdaw, and most of the rest – Unite or Unison – where they’ve got a UK-wide structure, I think within that, there needs to be decision-making structures at a Scottish level. Not for a couple of Scottish full-time officials, but for Scottish membership through structured conferences.

“In the case of Usdaw, there’s already what’s called the Scottish divisional conference, which is made up primarily of delegates from each of the branches that want to send people, as well as the Scottish divisional council. But that’s a branch-based conference. For me, the problem is that it’s never had full-blown opportunities to make decisions on specifically Scottish issues, and that’s one of the things I’ve already been arguing within that conference.

“During the period of the [2014 independence] referendum, Usdaw adopted the position of affiliating to Better Together. That was not based on any proper consultation of the membership.” Richie Venton

“I’ll give you two different examples,” Venton continues. “During the period of the [2014 independence] referendum, Usdaw adopted the position of affiliating to Better Together. That was not based on any proper consultation of the membership as a whole, and specifically the Scottish membership. And it caused ructions because in turn; it meant the general secretary at the UK level John Hammond – who’s still the general secretary, for now – issued a letter in the post, plus an email, to every one of Scotland’s 45,000 [Usdaw] members, telling us to vote No to independence, with the punchline at the end of the letter: ‘If you’re not sure, still vote No.’

“That caused resignations. It caused hundreds of members to be lost. It caused scores at least of shop stewards and reps to stand down. And it also stopped a lot of people from joining the union. So that’s an example, for me, of the type of issue that should have been decided on the basis of a democratic debate. Not imposing a position, necessarily – the union could have stayed neutral. But at least have an informed membership voting. Instead of that, at the Scottish conference, they had a one-sided debate. Alastair Darling spoke, and that was it.”

Venton also believes that, instead of merely opposing policies which unions believe will be harmful to their membership, unions should be active in proposing positive action and policies of their own.

“Another type of example, which would be less divisive among the membership because of the divisive nature of the referendum issue, is my repeated efforts through my branch to put forward motions and proposals such as a plan of action around existing union conference policy on an immediate £10 minimum wage. That’s been the policy for three and a half years,” says Venton.

“I’ve put forward concrete proposals of things the union should be doing in Scotland around that subject, and every time it’s been blocked and moved off the agenda. That’s precisely the kind of thing I think the Scottish membership should be making decisions on; implementing it in the specific circumstances of Scotland.

“Little or nothing has been done by the union since it first voted for the £10 minimum wage in September of 2014.” Richie Venton

Asked what his major priorities are as a new NEC member of the coming six months, Venton said: “Probably my priorities – and I think it coincides with not just what I’ve stood on in the elections, but also objectively it’s the right thing for members – are to implement policy on things like national minimum wage. To pursue that with some vigour, because frankly – and I’ll be blunt about it – little or nothing has been done by the union since it first voted for the £10 minimum wage in September of 2014 at the TUC congress in Liverpool.

“I think £10 is becoming increasingly inadequate. I’ve argued for £10 now, rising with inflation. That in itself would be a big leap forward for our membership compared to the wages they’re on, but it won’t be if it waits until 2020 or 2021 – it’ll be useless. So a top priority is for the union to begin campaigning, which includes that clause.

“Another priority is pursuing something I’ve achieved at a local level, which is that instead of having zero hour contracts, workers should be guaranteed a minimum contract of 16 hours a week if they want it – they could opt out, but that should be legally guaranteed. That’s a top priority because of the sector we cover. It’s not always zero hour contracts, but it’s these short hour contracts of eight or 12 hours a week, where people are still expected to be at the beck and call of the employer. It would transform the lives of tens of thousands in Scotland alone.

Discussing the links between political parties and trade unions in Scotland, Venton does not believe the relationship is in a healthy state, and contrary to some, does not see the accession of Richard Leonard as Scottish Labour leader as having changed that.

“There’s some who are rushing back towards the notion that by being affiliated to the Labour Party, the unions can achieve a kind of parliamentary road to socialism – I’m not convinced of that.” Richie Venton

“I think it’s unfortunate the links [between parties and unions] have become extremely strained, fractured and in some cases totally broken. I’m talking about those unions that have been historically affiliated to Labour. There’s some who are rushing back towards the notion that by being affiliated to the Labour Party, the unions can achieve a kind of parliamentary road to socialism – I’m not convinced of that.

“But my main argument is that union members do need a political voice, so I think there should be a democratic choice within the union structures, including the political fund system, for which pro-trade union party the member or members wants to donate towards. I think it’s wrong, that even with the new system that comes in from 1 March, where people have to opt in to the political fund – which is mostly about donating to political campaigns, but also includes donations to the Labour Party.

“I think if people want to give money to the Labour Party, that’s their democratic choice, but those of us who don’t want to do that should also have a democratic choice of donating to a party we see as being part of the broader trade union movement.

“So I think the current state of affairs is totally unsatisfactory, undemocratic and needs to be reformed, because otherwise I think a lot of the unions are in for a shock. I think a lot of union members will refuse to opt into the political fund, because they’ll see that it’s giving money to Labour – it’s not just that, but it’ll be the perception. And so there’ll be a decline in the funds of the unions to have genuinely broad political campaigns because of that.

“Democratising the system would give members the choice of pro-trade union parties. My prime concern is the link between trade unions and political parties should reflect the variety of opinion across the Scottish trade union movement.”