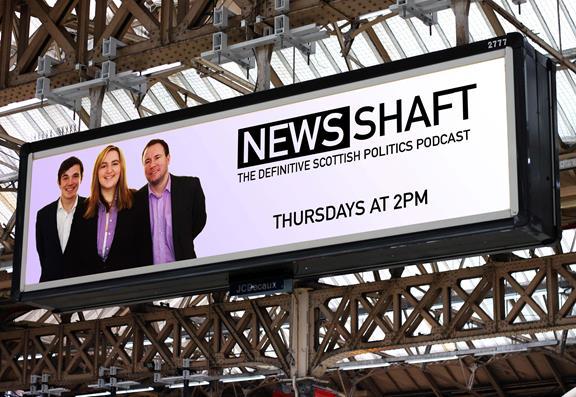 THE TEAM at NewsShaft have announced plans to provide live, up to the minute coverage of the election results with a Scottish flavour, in a mammoth nine hour show running from 9pm on Thursday 7 May, through till 6am the following morning.

Scott, speaking to CommonSpace, said: “We are offering a genuinely independent alternative to mainstream results programs. We aim to cover all of the important results as they happen, with full analysis from an independent Scottish perspective.

“The show will be anchored by the three NewsShaft presenters, we do however intend to speak to a broad range of politicians, pundits and journalists over the course of the evening ‘down the line’.

It’s one of the most exciting elections of recent times for Scottish voters, with Scotland being very much in the limelight. From our perspective it will be a hectic and long night, but we are very much looking forward to it.”

When asked how the NewsShaft team will stay awake through a hectic all-night show, Scott replied: “We have a really good coffee machine – and none of us have ever had a problem staying awake on election night. The question is how will we manage to sleep the night before.”

NewsShaft is one of several alternative media organisations which have grown since the referendum on independence.