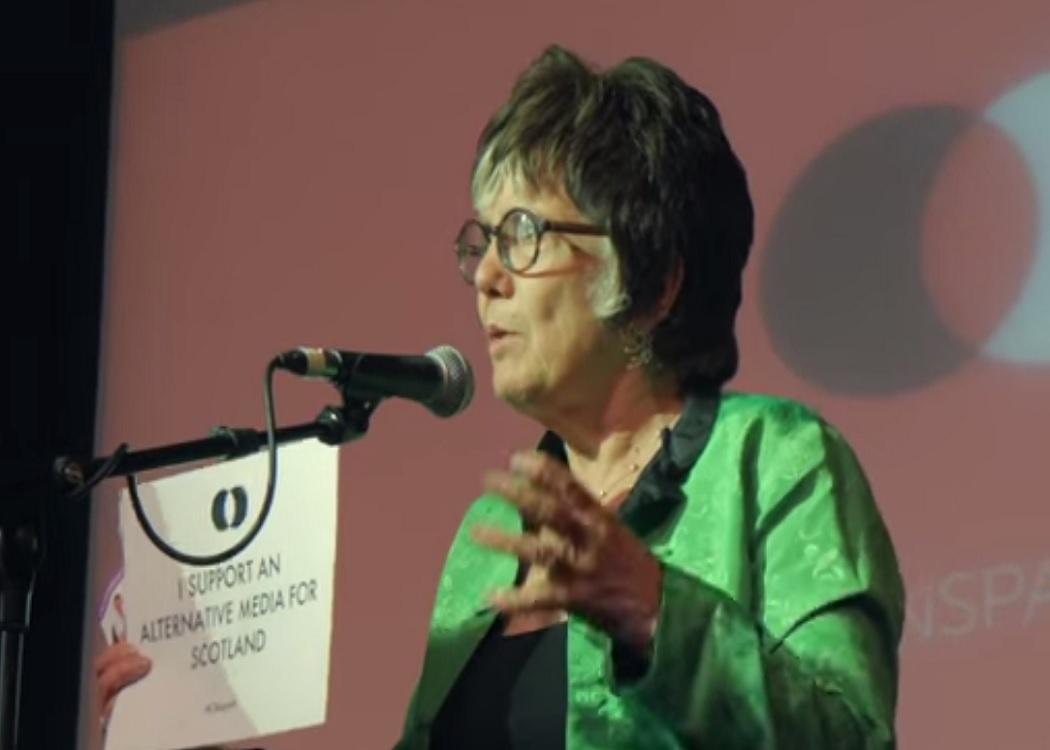 Newsnet catches up with Hilary Wainwright at the CommonSpace launch

LEADING left thinker, academic and magazine editor Hilary Wainwright delivered the keynote address at the weekend launch of CommonSpace in Glasgow, and took time out to speak to Derek Bateman.

Hilary, editor of the left wing journal Red Pepper, has been watching Scottish politics closely for some time, as many south of the Border witnessed the 2014 independence referendum campaign and noted the massive revival in political awareness, and the sea change of party politics ever since.

Red Pepper was created at a time when the Left, in opposition, needed new ideas during a period of Tory domination in the late 1980s.

Hilary has been watching the development of Scottish politics from south of the Border, impressed by the civi nature of debate, and the fact that although the SNP has gained hugely over recent months, the dialogue is one of radical change, and not the “identity” politics of conventional nationalism.

Click here to listen to the podcast on Newsnet Scotland.