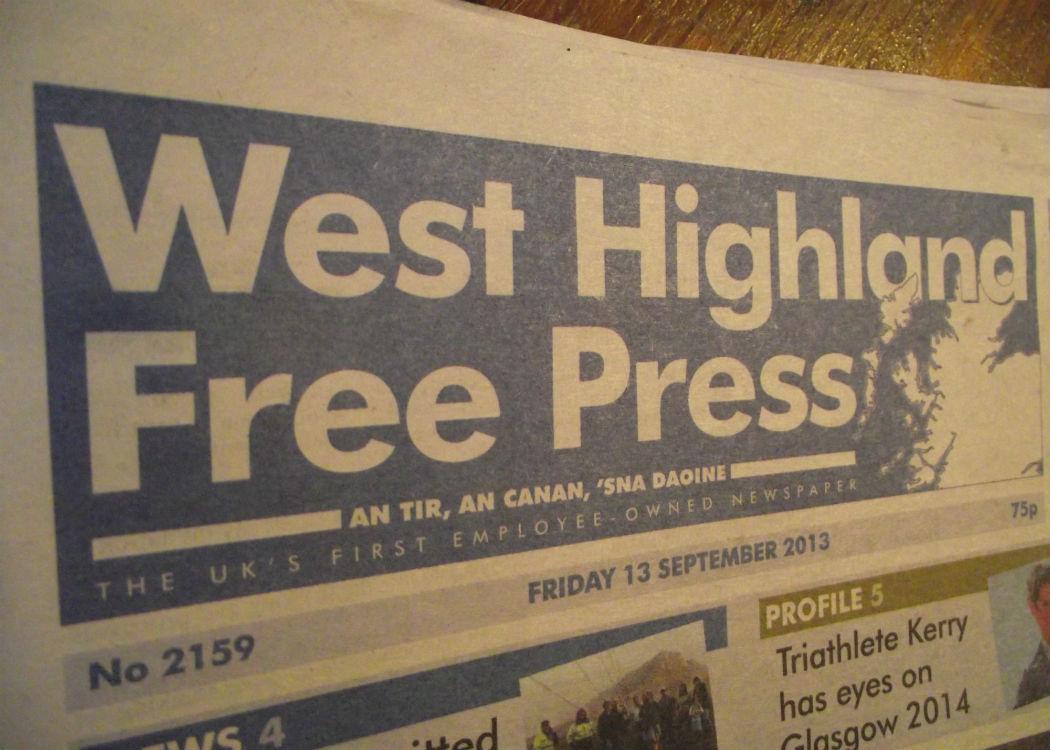 THE boss of a popular Highland newspaper has apologised for the handling of events which saw two columnists sacked and another walk out after articles discussing the potential for “Islamic dominance in Britain”.

The controversy started when the Free Press columnist Donald Macleod wrote an article discussing the growth of Islam in the UK, which former Labour minister and founding editor of the paper Brian Wilson later defended in his own column.

Both writers were sacked from the paper, with the broadcaster and columnist Maggie Cunningham subsequently leaving the title.

Paul Wood, the managing director of the West Highland Free Press, issued a statement on Monday in which he said the paper had faced “a tidal wave of criticism, much of it valid and deserved” as a result.

He continued: “The Free Press has always been unique, more so now that it is the only employee-owned newspaper in the United Kingdom. There is no manual on how to run a newspaper; there is certainly no precedent for how our employee-ownership fits with the enormously challenging nature of running a newspaper. We have made mistakes and if every business and newspaper could be run with the benefit of hindsight, we’d have nothing to learn from.

“We can only apologise to our readers, our community and our friends. If the result of making mistakes seriously damages all the good the Free Press does, this would be a terrible pity.”

Wood’s statement did not make clear exactly what the apology was for, or what the “mistakes” were.

When asked today for further comment, CommonSpace was told that a further statement will be made by the editor this week.

“We can only apologise to our readers, our community and our friends. If the result of making mistakes seriously damages all the good the Free Press does, this would be a terrible pity.” Paul Wood

It was Macleod’s 22 May column which triggered the events, in which he wrote: “All minorities prefer to keep a low profile and avoid trouble. Generations of British Muslims have done exactly that, many have made an invaluable contribution to British society, and many are perfectly prepared to listen quietly while Christians ‘witness’ to them.

“But when minorities become majorities, things change… in the event of Islamic dominance in Britain our friendly Muslim shopkeepers will have little option but to march behind the radicals.”

Macleod is a Free Church pastor who has previously been critical of church findings on same-sex marriage. He had written for the Free Press for 24 years.

Wilson, who was a minister in Tony Blair’s government and is a non-executive director of Celtic Football Club, was a founder of the Free Press and had written for the Skye-based paper for 43 years. He defended Macleod’s piece by saying that it was about “wider questions about Islamic influence within Europe, including implications for democracy and freedom”.

The Free Press later confirmed that both writers would no longer write for the paper, prompting Cunningham to cease writing.

A statement from the editor of the West Highland Free Press is expected this week.

The West Highland Free Press was founded in 1972 as a left-wing local newspaper based in Skye and covering the Isle of Skye, Wester Ross and the Outer Hebrides. It’s masthead is the Gaelic “An Tir, an Canan ‘sna Daoine,”; “The Land, the Langauge, the People.” It has been prominent in campaigns for land reform and community ownership of land, and was the first employee-owned newspaper in the UK.