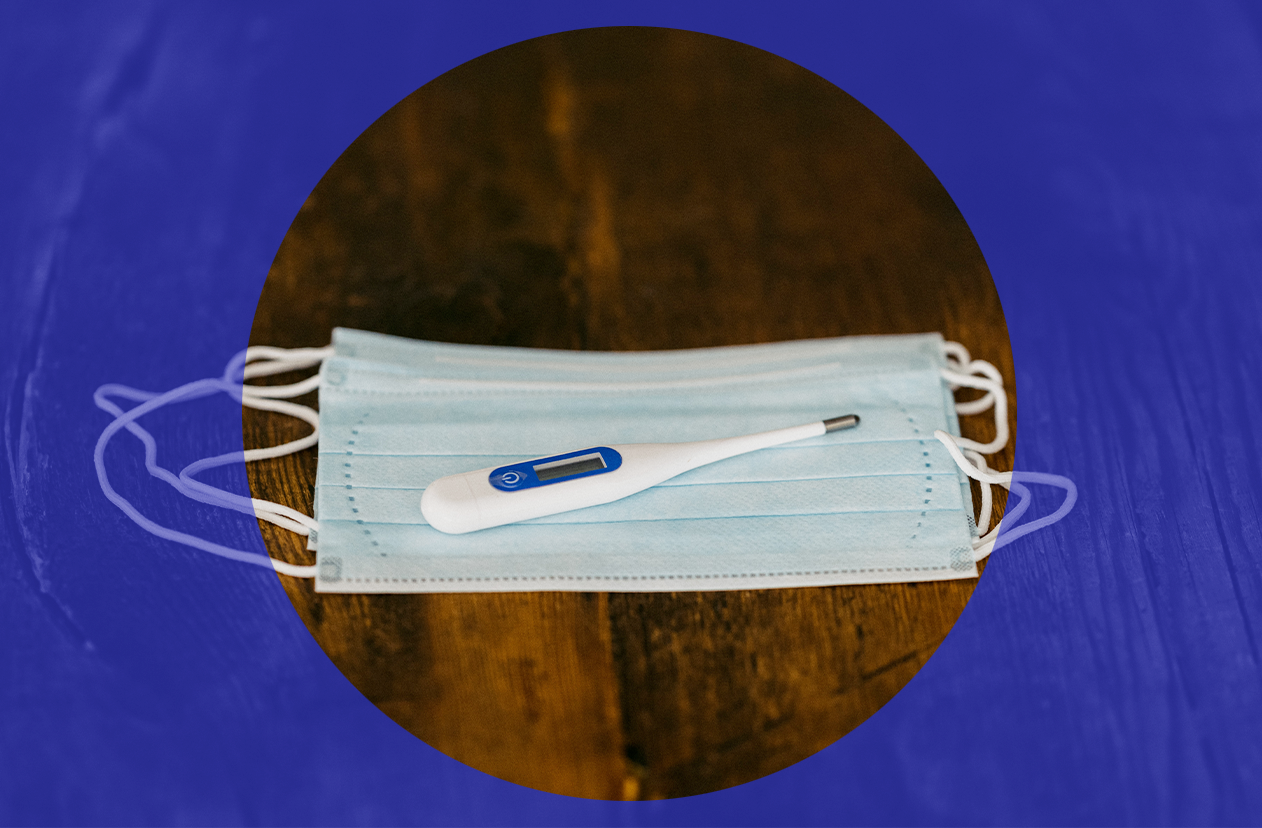 “Scottish Ministers could usefully commission further rapid reports on aspects of what is going wrong from people prepared to think critically. The users of services, their families and the staff who work in care deserve no less.”

IN ‘A PREDICTABLE CRISIS’, published by Common Weal on 20 May, my first recommendation was that the Scottish Government should develop a national plan to protect older people in care homes from Covid-19; my second was that, in order to do this, they needed to understand what had gone wrong. Six months later, there are finally signs that the Scottish Government is beginning to act – though unfortunately not in time to prevent yet more needless deaths.

The number of care homes with ‘active confirmed cases’ has grown from 53 in the week beginning 5 October to 135 in the w/b 25 October. That means that approximately one in six care homes for older people are now affected by Covid-19, many of which escaped the first wave. A significant number of deaths are likely to follow.

On 3 November, the Scottish Government published what was badged as the ‘Adult Social Care Winter Preparedness Plan’ – which heavily focused upon the impact of Covid. Of the additional £112,500,000 being provided for social care over the winter, much of this funding is only necessary because of underlying failures of the social care system in Scotland, which the Feeley Review needs to address.

There would be no need to “restrict staff movement “if all care staff were properly paid and on full-time contracts, instead of having to work for several employers and agencies as happens in the private sector. The Social Care Staff Support Fund was introduced because care private sector staff only receive Statutory Sick Pay and weren’t getting paid if they took time off to isolate, and so were forced to come into work when they were not to do so. Paying providers – some of whom have extracted millions out of the care system in profit – to install basic computer equipment and software, so that care staff can submit reports to public authorities, also sticks in the craw. It illustrates a fundamental problem with the for-profit care system; unless paid extra, some providers won’t even pay for an adequate internet connection.

Apart from this funding, the Winter Plan has little content. There is an aspiration for a “daily review of COVID-19 symptoms in care home residents and staff, including temperature checking so early testing can be undertaken and pre-emptive infection control measures put in place”.  To work, this  depends entirely on sufficient staff with the right skills being available each day and that won’t happen until the pay and training of staff in the social care system is addressed.

After a lot of pressure from the trade unions and relatives, further testing for care at home staff and visitors to care homes is also promised. A new website on visiting care homes is to be set up, adding to the confusing plethora of information sources available. Apart from this, most of the plan consists of context-setting and worthy policy statements, although at least these now include the right of older people to see their relatives and acknowledge the terrible impacts of isolation. The plan is weak on actions and at best could be described as a belated start.

That the Scottish Government, despite all the public pressure, is still not giving proper attention to adult social care is illustrated by the fact that its clinical advice care homes has not been updated since 15 May. That is quite staggering given that understanding of Covid-19 has advanced so considerably since then.  For example, almost everyone now has heard of the problems associated with ‘long Covid’, but there is not a single mention of this or what care homes should be doing about it in the guidance.

It also appears that the Scottish Government has been doing its best to suppress understanding of what has gone wrong in social care, through fear of being held accountable.  First, there was the Public Health Scotland (PHS) report which found that, although 113 people had been discharged from hospital to care home while still Covid positive, statistically the size of care home was more associated with outbreaks. Arguably this was designed to mislead, as the size of care homes by itself only affects the likelihood of an outbreak (more staff, more places, more admissions, more risk), not the way the virus is transmitted into a care home (admission of new residents, staff, visitors).

What the PHS report failed to examine were the dates that known infected persons were discharged from hospital in relation to the dates of cases reported to the Care Inspectorate. That would give a better indication of how many outbreaks could be attributed to the decision to empty hospitals. A few weeks ago, I made a Freedom of Information request to the Care Inspectorate about the number of cases in each care home and the date these were first reported. I was refused on grounds of “commercial confidentiality” and am currently appealing to the Information Commissioner. Until all the relevant data is published, no-one should trust the findings of the Public Health Scotland Report.

Then, last week, there was the vote in the Scottish Parliament calling for an immediate inquiry into what went wrong in care homes; this was opposed by the Scottish Government, which argued it would divert resources from combatting the pandemic.  After losing the vote, Health Secretary Jeane Freeman then suggested there should be a single inquiry covering the four nations. While it would be good to understand why a higher proportion of Covid-19 deaths in Scotland have taken place in care homes than in England, this appears to have been an attempt to delay any inquiry.

The Scottish Government published an Evidence Report alongside its winter plan that is hardly worth the name. It consists of background information, much of which is then repeated in the actual plan, data about numbers of cases, repeats the claims of the PHS report and includes  bland statements and observations rather than research as such. Here’s a flavour:

Neither the report nor the plan considers the critical issue which is how to stop Covid-19 getting into services which require physical contact with very vulnerable people, and then how to stop it spreading. There is actually a large amount of evidence out there for a government prepared to look, with some care homes having stopped all admissions, while others have set up isolation wings with dedicated staff teams in response to cases. While the report refers to some independent research which touches on these issues, it leaves these questions largely unexplored.

While this is very disappointing, a “rapid review” of four recent outbreaks of Covid-19 in care homes in Scotland was published alongside the Evidence Report. This was commissioned in October in response to Covid-19 getting back into care homes, and was produced in under four weeks.  While not quite as independent as claimed – the investigation lead is currently a professional adviser to the Scottish Government – it seems the authors’ primary concern is to uncover the truth, rather than cover tracks (full disclosure: one of the authors was for a time my boss, but we have had no contact since I left Glasgow City Council). Equally refreshing is the fact they do this without blaming frontline staff, but rather by explaining the circumstances in which they work.

For example, while finding availability of Personal Protective Equipment was no longer an issue:

“Lack of time, heavy workload, ratio of registered nursing staff, and lack of facilities are frequently indicated as barriers to IPC (Infection Prevention Control) adherence being optimised in all health and care settings. All of these issues were found to be present, to a greater or lesser extent, in each of the four homes.”

While commissioned as an investigation of outbreaks in four care homes, the Report actually does examine these within the context of the whole system. For example, the authors managed to obtain the latest position on trained staff in care homes from the Scottish Social Services Council: 41 per cent of managers and 62 per cent of frontline support workers don’t have the required qualifications.  Just how the Scottish Government or Care Inspectorate expect care homes to be able to deal with the Covid crisis in these circumstances is unclear.

It is not the fault of staff, of course, but that of the system and the report makes some practical suggestions for addressing the problems such as “Development of a mandatory induction module for IPC, in partnership between SSSC and NES, should be undertaken as soon as is practicably possible”.

The Infection Control issues I covered in ‘A Predictable Crisis’ are given detailed consideration:

“The extent to which homes were able to fully incorporate guidance in relation to social distancing, PPE storage and availability, separation/ isolation and staff cohorting was variable and dependent on the design of the home. Additionally, the key issues of design, ergonomics, communal spaces, corridor width and shared shower and bathing facilities, together with the complex nature of the residents’ conditions, made the provision of effective isolation challenging. We heard of some unintended consequences of changes to practices in the built environment, such as kitchen staff delivering meals to resident’s rooms because they were in isolation that unwittingly resulted in further transmission risks.”

Preventing Covid-19 is not just about changing behaviours and adequate staffing, it also needs to be about re-thinking care environments.  For care homes that requires the creation of spaces where new admissions can be quarantined effectively and where relatives can safely visit their loved ones, the upgrading of facilities to enable better hygiene etc.  The Report is well ahead of the Scottish Government on this:

“Ventilation was not considered as a control measure in any of the homes we reviewed and is not a focus in extant UK COVID-19 IPC guidance; only recently has the Centre for Disease Control (CDC) (October 2020) and the World Health Organisation (WHO)  recognised the importance of longer range aerosols as a potential route for transmission… Many care homes are high risk settings in this context, and the built environment is a key infection prevention and control measure for mitigating risk of outbreaks and impact of these.”

For anyone who hasn’t experienced them, most care homes are among the stuffiest places you are ever likely to visit. At last, a group of advisers to the government seem prepared to think critically about the implications of the evidence.

The main infection control gap in the report is consideration of the management of new admissions and what might be necessary to quarantine them more effectively but the authors probably had no choice but to gloss over this because of the PHS report. Contrary to the PHS report, they do however emphasise that any care home, irrespective of size or number of residents, is vulnerable to outbreaks.

The report covers a host of other issues there is no space to cover here:  why Health Protection Nurses are no longer trained in infection control; why reports and learning from Incident Management Teams are not being shared; difficulties with testing staff – many are from overseas and not even registered with a GP; why cases of Covid-19 are not being reported timeously, and a host of other failings in the system.

It is far better than any other government publication on the disaster in social care that has been produced so far, deserves to be read by politicians and should prompt the creation of a winter plan fit for purpose. Following its example, Scottish Ministers could usefully commission further rapid reports on aspects of what is going wrong from people prepared to think critically. The users of services, their families and the staff who work in care deserve no less.