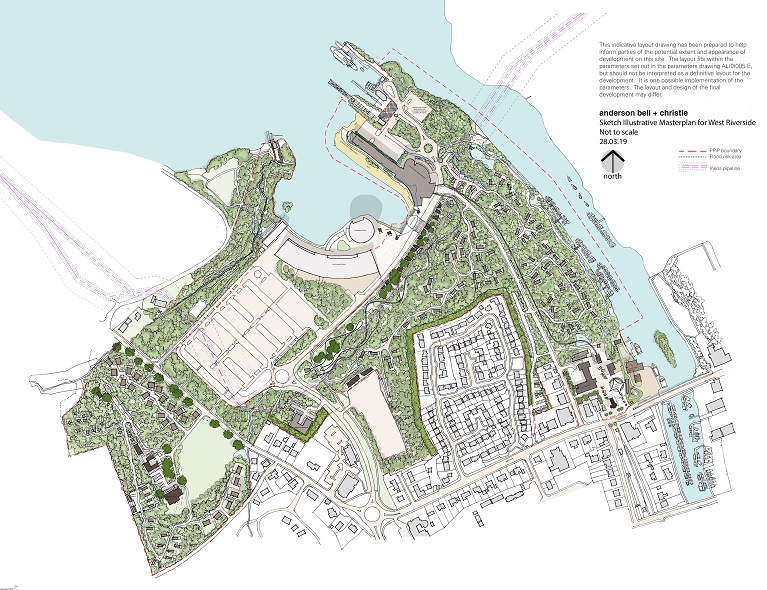 PARKSWATCHSCOTLAND is campaigning against Scottish Enterprise’s selling off of public land in Loch Lomond to Flamingo Land. If you want to give your view on this issue, you can make a submission on the Planning Portal here.

IN this article, I am going to look at the wider issues which the Riverside site sell-off exposes about about land ownership and land-use in Scotland.

Key questions of concern are:

– Why is the Scottish Government wanting to sell off public land?

– Why is the Scottish Government allowing public green space in a National Park to be converted into private real estate?

– Why are our Public Authorities falling over themselves to create a new laird in Balloch?

Last week I finished reading “The New Enclosure” a book by geographer Brett Christopher, which is about “the appropriation of Public Land in Neoliberal Britain”. It’s fascinating, but not an easy read – it took me three months! I was interested to understand how the proposed sale of the Riverside site by Scottish Enterprise fitted into the wider UK picture. The book appears to be the first comprehensive survey of what has happened to public land since Margaret Thatcher came to power.

Almost half of all land which was owned publicly at the end of the 1970s has now been sold off, about two million hectares or 10 per cent of Britain’s land mass.  Local Authorities, and Scotland is no exception, have been particularly hard hit and have lost over 60 per cent of their land. A significant chunk of local authority land initially went into home ownership, with lots of people becoming “landowners” for the first time – Thatcher’s dream.  Ownership of housing has since started to become concentrated once again, with the growth of private landlords and buy to let replacing local authorities.

The book explained that renting of property in all its forms has, according to the Office of National Statistics, been the “industry” that has added most to economic “growth” in Britain since the 1970s. That was new to me and quite astonishing – its not the sort of thing I would normally consider as economic growth.   Between 2005-14 renting grew more than twice as fast as any other sector, including banking and finance.  While banking in that period was affected by the 2008 crash, the growth in renting also exceeded the growth in banking between 1992-2004.

In terms of private rented housing, add to this the fact that rents have increased far more than wages, and you start to understand growing inequality, why so many people are now living in poverty and why many young people are unlikely ever to be able to afford Thatcher’s dream.

So, what’s the connection with Flamingo Land?  Well, its a business based on rent – hotels and holiday rental, rather than residential – which will extract money from visitors and redistribute this to its very rich owner. In other words, Flamingo Land fits the standard UK model of “economic development”.  It’s unlikely to benefit anyone locally apart from a few low paid service jobs.  What’s more, it is proposed to sell the Riverside Site to Flamingo Land at a huge discount, just like the privatisation of council housing.

Land has been a bigger political issue in Scotland than the UK, partly a result of history but also because of the extraordinary and sustained efforts by Andy Wightman to record and expose what has been going on.  Politically that has resulted in the creation of the Scottish Land Commission.

The focus, however, has generally been on the large private estates which own a huge proportion of Scotland.   While this is undoubtably a major issue for rural communities, which have often been stifled by such ownership, far less attention has been paid to what has been happening in the areas where most people live.  There, as Brett Christopher states, the approach in Scotland is not that much different to the rest of the UK.  Last week, CommonSpace had an excellent article on vested interests in the housing market (see here).

Brett Christopher’s book describes in detail the enormous and sustained efforts that have been made in Whitehall to sell off public land and the ideology that lies behind this (the public sector manages and uses land “inefficiently”).

While the SNP Government has ostensibly been trying to follow a different model – starting with the buy out of Skye Bridge and resulting in the end of Right to Buy in 2016 –  by accepting the logic of austerity, it is having to accept the sell off of more and more public land.  There are two sides to this, the sale of assets to fund revenues to prevent the collapse of public services and the lack of money for capital development.  Both drive privatisation.

It would, however, be wrong to suggest that the Scottish Government is only being forced to sell off land, such as the Riverside Site, because of UK austerity. In fact, what’s been happening is that while the Scottish Government has set up the Scottish Land Commission on the one hand,  it has quietly allowed public authorities to sell public assets on the other. Brett Christopher states that while there are very different patterns of land ownership in Scotland and England, including public land, the privatisation logic has been the same.

The ideology behind that logic, which is extensively explored in the book, is that the state is a poor manager of land, that the private sector makes best use of land and that Government talk of community ownership is just window dressing (the growth in community ownership has been minuscule compared to the sale of public land).  While originally government land sell-offs – apart from council housing – were at market price, pricing land out of the reach of other public authorities or local communities, there is now a long history of discounted sell-offs.

This is just what has happened with Flamingo Land.  Scottish Enterprise has given no consideration to any public sector development or management of the land despite having far greater resources than other public authorities (see here). Despite the reams of Scottish Government policy about the importance of community ownership and control, Scottish Enterprise has made no serious attempt to engage or support the local community to develop alternatives.  Instead its proposing to sell a large chunk of public land in a prime position for a knock down price – £200k was the figure quoted to Jackie Baillie MSP – and towards the end of last year had contributed £116,549 to costs that would otherwise have had to be paid by Gordon Gibb,  the millionaire owner of Flamingo Land and Tory party donor (see here).

The Riverside sell-off and Scottish Government policy on land

The Scottish Land Commission, while it has not looked at privatisation as such as far as I can see, last year published a very interesting report on public interest development in land (see here).  Many of its recommendations are very relevant to the way the Flamingo Land sell-off and development has been managed. The report proposed:

• Requiring land holdings over a certain scale to engage on, and publish,  a management plan

• Creating more robust mechanisms to ensure local democratic influence on and benefit from, land use change

If the Riverside Site were sold, that will hand Flamingo Land great power.  There will, for example, be nothing to prevent the company submitting further development proposals in future.  It’s not difficult to envisage what these might be.

For example, supposing the holiday lodges don’t work, having got rid of the public park, it will be much easier for Flamingo Land to argue that some of the site should be sold off for housing. Developers play a long game when it comes to land and it would be naive to respond to the current proposals for the Riverside Site without thinking about what Flamingo Land might do in future.  The only way to stop this happening is to retain the site in public ownership.

What needs to happen

Ultimately, while Flamingo Land will no doubt have to go through the planning process, the decision about what is allowed to happen will be determined politically.  If our politicians are allowed to sit back and let the neo-liberal logic behind land sell-offs and the planning process take its course, the development will go ahead.  If they believe, however, that the proposed development risks them losing power, they will oppose it.  It’s up to the public to decide whether or not to make this a political issue.  Personally, I believe there is every reason to do so.

ParksWatchScotland is ‘set up to help ensure that Scotland’s two national parks deliver the aspirations which led to their creation’. It is providing regular coverage of the Riverside site sell-off, which you can follow on its website.