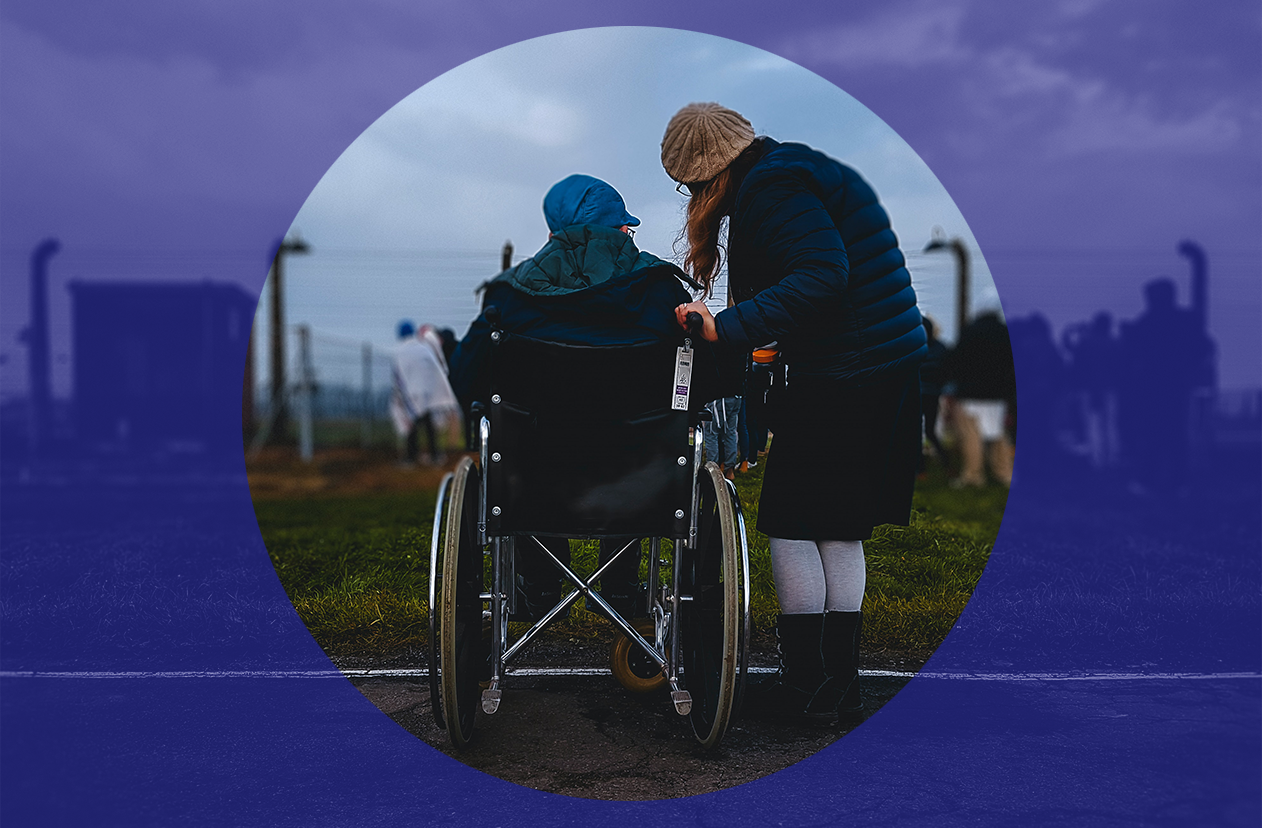 Nick Kempe, former head of service for Elderly People in Glasgow, examines what we know so far about the review of adult social care, and if it’s really thinking radically enough about the scale of changes required to address the deep structural problems in the sector which have been so evident during the covid-19 crisis. […]

Nick Kempe, former head of service for Elderly People in Glasgow, examines what we know so far about the review of adult social care, and if it’s really thinking radically enough about the scale of changes required to address the deep structural problems in the sector which have been so evident during the covid-19 crisis.

On 1 September, the Scottish Government announced in the Scottish Parliament that it would hold an independent review of adult social care, to report by January, which “will include consideration of a National Care Service”. In fact, the review group had already held an introductory meeting on 24 August and held its first full meeting just two days after the announcement.

As for being independent, the review is being conducted by Derek Feeley, who was Director General for Health and Social Care at the Scottish Government 2010-2013. The advisory group he set up to help includes Caroline Gardner, who was the head of public sector financial watchdog Audit Scotland from 2012 until earlier this year.  Both, arguably, bear some responsibility for the collapse of social care during the Covid-19 crisis, with Feeley overseeing the early work to create the Health and Social Care Partnerships which have been responsible for the failure to provide health care to care homes at the height of the crisis.  The question is whether they, and the review group as a whole, will rise to the challenge, admit past mistakes and then be prepared to recommend the wholescale system change and resources that would be necessary to create a National Care Service worthy of the name.

The starting point for the review therefore should have been what forced the Scottish Government to set it up. That is, the massive faults in our current system which have been exposed by the Coronavirus crisis:  the failures to protect older people and staff in care homes; the collapse of health services to some of those most in need;  the closure of many community services and reductions in care at home; the consequent stresses on carers; the denial of human rights, whether this is confining older people to their rooms for months or denying them the right to see their relatives; the consequences this has for people’s mental health and well-being.  The list could go on but the reasons for this disintegration of social care don’t appear in the Independent Review’s remit.

While Derek Feeley insisted on a wide remit, as he explained in a revealing interview, the review has been designed as though the covid-19 crisis never happened, let alone that it might once again threaten to overwhelm services.  The underlying assumption appears to be that if enough tweaks are made to the various parts of the system, everything will be fine.  It won’t.  The system is broken.   While I hope Feeley and his advisory group may be brave enough to say so, the whole exercise feels like the Scottish Government is outsourcing production of a list of social care improvements for its manifesto next year to then package as a new national care service.

The remit is also confined to adult care services, a serious mistake.  A national care service worthy of the name would extend from the cradle to the grave, like the NHS.  Responding to the Independent Care Review for Children in February this year, the Scottish Government promised radical system change including that services for children should be not for profit and that the way they are regulated would be fundamentally reformed.  So why not make this the starting point for adults and older people?  And why, when most children who need care services carry those needs into adulthood, start with an assumption that there should be two care systems?

The review group have been set impossible timescales, four months in total when the ICR for children lasted three years.  Phase 1 “will focus on developing a deep understanding of the needs, rights, and preferences of people who are using social care services”. This was to be done through “an open enquiry process of large-scale engagement” which closes on 6 November. That timescale would be ridiculous at the best of times, but with a second wave of Covid-19 and widespread lockdown it is even more risible.

The consultation is being led by the Alliance, “the national third sector intermediary for a range of health and social care organisations”, whose Chief Executive, Ian Welsh, is on the advisory group.   While the Alliance does a very good job, despite major cuts in funding from the Scottish Government (over £660,000 between 2018 and 2019), it is not an intermediary of private and local authority services, which provide the vast majority of care to older people.  This is reflected in the three engagement events it has held to date: on carers, on mental health and on learning disability. It is not clear how many people attended these on-line events, but the reports support the view that social care is in a state of collapse. For example:

“Accessing social care has been increasingly difficult for families and individuals with learning disabilities. Since 2008, social care budgets across Scotland have become tighter, with increasing numbers of families being denied the support they need after being assessed as not eligible for social care support. During Covid-19, contact with the statutory sector has been somewhat absent, with no care, respite or day services and for many they feel their rights have been marginalised”

This statement is particularly welcome because so far we have heard relatively little about the experience of adults with disabilities during the crisis, but it leaves the question where are the voices of older people and the people who care for them in the review?  Although there can be hardly anyone in Scotland who is not aware of how care services have failed older people, if the Independent Review requires evidence on why there needs to be significant engagement with older people and their carers, the report from the Scottish Human Rights Commission on Covid-19 and Human Rights should be enough.

There are now, however, further damning independent reports describing the crisis in social care from a human rights perspective including from Amnesty International and the UK Equality and Human Rights Commission.  While most of the research is English based, there is no reason to believe the situation is any different in Scotland.  Indeed the UK EHRC report shows that a higher proportion of deaths from Covid-19 took place in care homes in Scotland than in England.

The Independent Review has so far considered five papers, on Outcomes, Finance, Commissioning/Procurement, the role of Healthcare Improvement Scotland and the role of the Care Inspectorate.  For anyone interested in understanding the care system or making a contribution to the review, they include some useful data.  But all have been written from the perspective of people responsible for trying to make the current system work, which rather precludes any analysis of the need for change.  The degree of insight the papers offer into the flaws in the current system is variable.

“We know that the system of health and social care in Scotland can continue to be improved” appears to be the best that Healthcare Improvement Scotland can offer after the carnage in our care homes. After the management speak, HIS provides a list of themes which its Strategic Stakeholder Advisory Group identified at the end of 2019 as impacting on outcomes for older people:

“segregation/siloed thinking/fragmented care;  size and complexity of task;  changing mindsets/cultural attitudes; creating a greater focus on prevention and early intervention;  better involvement of older people with services designed to meet their needs; implementing shared decision making; delivering better support for carers; range, suitability and quality of housing provision; redesigning the workforce so we have sufficient people with the right skills available to provide care; making best use of technology; need to build greater capacity and capability for improvement”.

I have quoted them because each of these themes has been around for 20 years or more: why they keep cropping is one of the most important questions the Independent Review needs to address.  Part of the answer lies in HIS’s final point: “not enough service provision to meet current demand let alone growing demand”.   Interestingly the minutes of the meeting record that Mr Feeley “asked if there were any estimates or modelling of unmet need and the funding gap. Panel members were unable to identify much current research”. 25 years ago, Strathclyde Regional Council collected data on unmet need from EVERY individual who had contact with social work services to inform its social strategy.  After the Regions were abolished, Councils stopped collecting that information and still can’t report satisfactorily on outcomes.  These failures have served to conceal the serious impacts that cuts in care services have had on people.

At the other end of the spectrum, the paper on commissioning and procurement provides some helpful illustrations of the need for system reform, for example on workforce:

· One of the key differences between NHS and social care staff is that NHS staff are qualified prior to employment. Social care staff often enter the workforce without qualifications, have lower pay, terms and conditions resulting in a higher turnover.

· Unlike the NHS, social care is split across a mixed economy of providers. Collective bargaining is rare in the private and voluntary sector and this infrastructure makes embedding fair work practices difficult.

“there is a growing shift to challenging the “more with less” approach and focus on true measures of care quality and sustainability not least around pay, terms and conditions for staff, assisted by funding to promote the Scottish Living Wage and promote Fair Work Practices”.

Interestingly, the meeting minutes record that for the commissioning paper:

“Mr Feeley signed off with the suggestion that the panel and secretariat engage in 3 levels of analysis to explore possible alternative ideas for how commissioning and procurement could be improved.

· What would incremental improvements to the current approach look like?

· What would radical change to a continued commissioning model look like?

· What are the alternatives, learning from experience elsewhere?“

That Feeley is prepared to consider potentially radical alternatives to parts of the current social care system, provides some grounds for optimism to counter my concerns about his background and the review process.  We will see.

The Common Weal will be making a submission to the Independent Review based on an analysis that the care system as a whole and many of its component parts are fundamentally broken and that to create a National Care Service will require radical reforms. These are likely to be similar in scale and extent to those which led to the creation of the NHS. While timescales are short, the review is accepting evidence and submissions from individuals and organisations (it could be how you or someone you know has been affected or failed by the care system) until 6 November, e-mail  secretariat.adultsocialcarereview@gov.scot. It would be good if the review heard from some of the thousands of people whose lives have been and are being affected by the failures of the care system during this crisis.