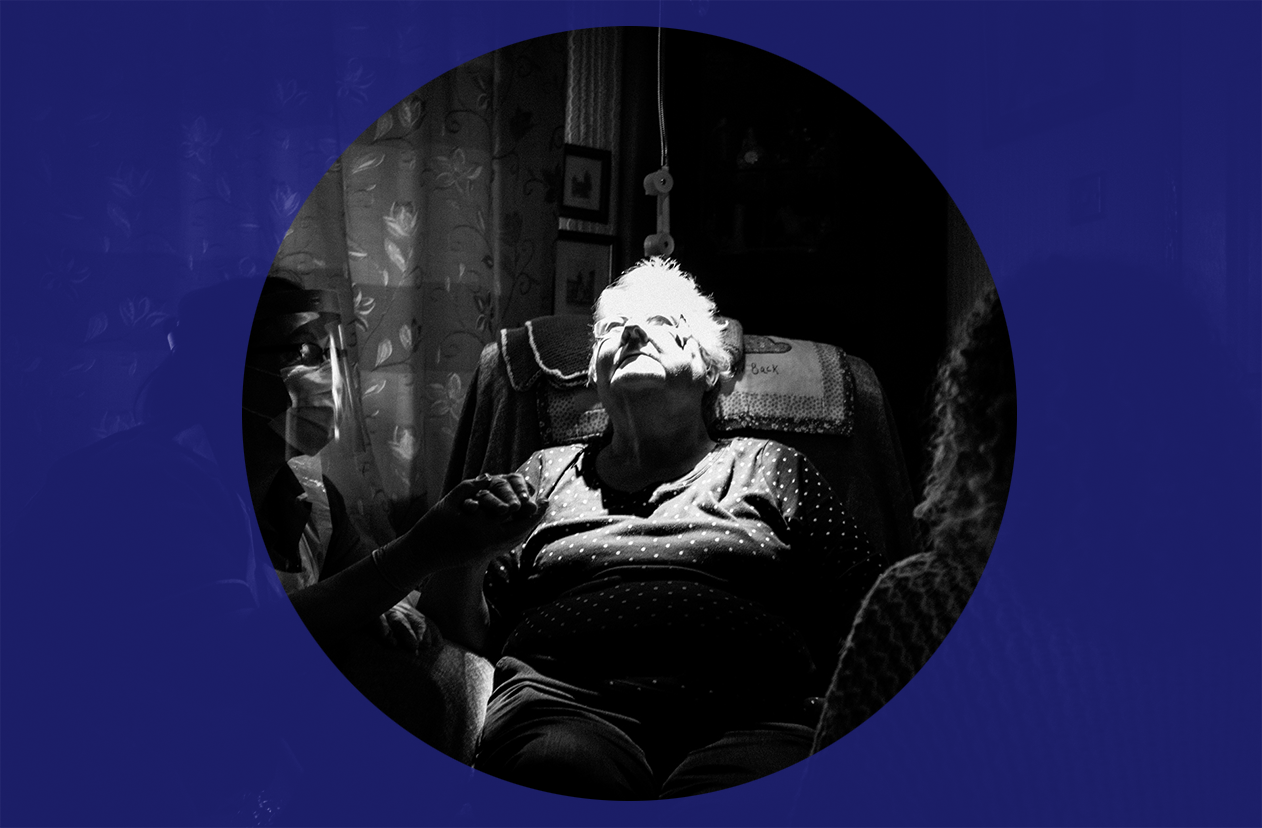 “If we are to design a NCS worthy of the name, it is essential that the full truth about that disaster is made public, including the role of central government, private sector providers and the relationship between the two. The revelations of the last two weeks represent some tentative steps in the right direction.”

IN THE LAST couple of weeks, the reasons for the Covid disaster in care homes a year ago, which were largely ignored by the review of Adult Social Care, have become front page news once again.

It started with an unexpected but welcome admission from outgoing Health Secretary Jeane Freeman, who confessed that the Scottish Government had failed to understand the needs of social care during the pandemic and that the right precautions had not been taken when discharging older people from hospitals to care homes. That was followed by the BBC publishing information it had obtained from the Crown Office about the number of deaths in care homes. Then, to cap it all, Public Health Scotland, which last October had released a report claiming that hospital discharge had nothing to do with causing Covid-deaths in care homes, produced an updated version which admits the opposite.

These three revelations form the tip of a very large iceberg that could yet sink the model of a National Care Service (NCS) proposed by Derek Feeley’s review. His recommendations, which were all accepted by the Scottish Government, proposed more top-down management and increased powers for Scottish Government ministers, failed to challenge the private market in care provision and viewed a NCS as being an adjunct to the NHS, a primary purpose of which would be to ensure older people get out of hospital quickly.

The dangers of handing more power to Scottish ministers to decide how care services should be run is demonstrated by Jeane Freeman’s admission about the government’s failure to understand the sector. One could excuse Freeman, who had been appointed Cabinet Secretary for Health in June 2018, for not having mastered every element of her huge brief in the 21 months before the pandemic, but Nicola Sturgeon had held the position for over five years. It was the first minister who, in response to the escalating crisis in our care homes, told the Scottish Parliament on 29 April 2020 that “care homes have had strict guidance to follow since 13 March. And it is incumbent all care home providers, whether they are in the public or private sector to follow and to implement that guidance.”

Anyone who knew anything about the private care sector should have known that much of it was incapable of following government guidance, whatever its merits, even in a national emergency. How Sturgeon failed to appreciate this after so long at the top is baffling, but to suggest now that increased ministerial control will improve our care system appears the height of folly.

All credit should go to the BBC for obtaining from the Crown Office Unit investigating deaths from Covid-19 the names of the care homes where residents died and the numbers in homes that had five more deaths. The publication of this data, incidentally, shreds the Care Inspectorate’s assertion that releasing this information would be a breach of providers commercial interests or confidentiality. While the information does not explain how Covid-19 got into care homes, it provides a basis for asking questions about why outbreaks and numbers of Covid deaths were contained in some homes but not in others.

While the data shows a link between the number of care homes experiencing outbreaks of Covid-19 and the prevalence of the disease locally, the answers will require more than statistical analysis. This is illustrated by Erskine Home, which recorded 32 deaths, the most in Scotland. Erskine, however, is also very large, with 180 places, and the death rate was lower than in two other care homes run by the same voluntary provider: 16 died at Erskine Park, which has 40 places, and 14 died at Erskine Glasgow, which has 47 places. Erskine’s fourth care home recorded no deaths. Prior to the pandemic, all four were rated as some of the best care homes in Scotland.

So, why did Erskine fail to contain outbreaks once the disease got into its care homes? Was this due to continued admissions of infected people, staffing levels, staff training, provision of Personal Protection Equipment, design of the care or some other factor? There will be answers, but it will take further analysis. Unfortunately, these won’t be provided by the Care Inspectorate, the statutory guardian of the care home market. They didn’t go out to inspect Scotland’s worst affected care home until January this year – they then graded it weak on Infection Control.

The next four care homes on the BBC’s list are all owned by Advinia Health Care who purchased 11 care homes in Scotland from BUPA in 2018. Advinia, which appears to be ultimately owned by St Agnes Ltd, a company registered in the tax haven of Gibraltar, purchased the homes with a large loan from Credit Suisse, has been involved in a lengthy legal dispute with BUPA about the sale and been subject of an attempted financial investigation by the regulator in England.

In short, Advinia appears to provide a classic example of how capitalists extract profit from the sector at the expense of residents and staff. It is likely that a failure to invest in care will account for the appalling standards reported by the Care Inspectorate when they inspected Newcarron Court, one of the care homes, at the end of May: “There was not adequate cleaning of the care home and there was unsafe disposal, storage and management of clinical waste, including PPE”, while staff had not been given the correct PPE or shown how to use it properly.

What appears even more outrageous, however, was that Newcarron Court “was helping local hospitals with “capacity issues” by taking in non-residential patients and returning ones”, despite the fact they were likely to be infected with Covid-19. Guided by the Scottish Government, the local health board and Integration Joint Board were trying to transfer people from hospital without any attempt to assess whether it was safe to do so. They seem to have been blind to the fact that the care home providers most likely to accept infected patients were almost certainly those most motivated by money or in financial difficulty. I would contend there is plenty here for the Crown Office to investigate.

But the deeper underlying issues are about the very model of the public sector paying for private care provision. This has been used by both parties to absolve themselves of responsibility for the crisis.

Five days ago, the BBC reported a Scottish government spokeswoman as saying the Crown Office data was “consistent with the findings” of the Public Health Scotland report, which “did not find statistical evidence that hospital discharges of any kind were associated with care home outbreaks”. Two days later, Public Health Scotland (PHS) published their updated report and highlighted that:

“There were 106 people (who had a total of 110 discharges) where the last test for COVID-19 before hospital discharge to a care home was positive. For these 106 people:

The admission that ten outbreaks may have been associated with the discharge of infected patients is only a small part of the story. It is not true, for example, that because 80 infected people were discharged to care homes with existing cases, they could not have been the cause of further deaths. That depends on how the existing outbreak was being managed, and also on whether the new admission was quarantined; it is quite possible that the infected person discharged from hospital could have triggered an entirely separate outbreak. The PHS report is also silent about which homes may have had outbreaks as a consequence of these discharges and how many deaths there may have been as a consequence.

The bulk of the iceberg, however, remains concealed from view. There were, according to the PHS data, 3,595 discharges to a care home between 1 March and 21 April. “The majority (82%) were not tested for COVID-19, in-keeping with clinical guidance which restricted testing to those with symptoms of infection”. It would only need a small proportion of those to be asymptomatic carriers of the disease to explain the origins of Covid-19 outbreaks in many care homes. Yet PHS has made no attempt to analyse this. Their U-turn has a long way to go.

The underlying issue here is the policy objective that has dominated the adult care system over the last twenty years, “delayed discharge”. This is in large part is a consequence of a reduction in NHS “beds” and an attempt to reduce costs by off-loading responsibility for care onto cheaper private sector providers. As soon as there is any hint of a capacity crisis, as in the Covid pandemic, the inevitable reaction has been to “empty” hospital beds.

If the Scottish Government was to admit the possibility that this policy may have resulted in countless unnecessary deaths in care homes, it would not just be their judgement which came under the spotlight. The very foundations of the current care system would come into question, and with that the recommendations of the Adult Care Review which promise more of the same.

This week the Care Reform Group at Common Weal published a critique of the Feeley Review based on the principles which we believe should inform the development of a National Care Service. Public support for fundamental reform was triggered by the disaster in our care homes that was reaching a peak this time last year.

If we are to design a NCS worthy of the name, it is essential that the full truth about that disaster is made public, including the role of central government, private sector providers and the relationship between the two. The revelations of the last two weeks represent some tentative steps in the right direction.