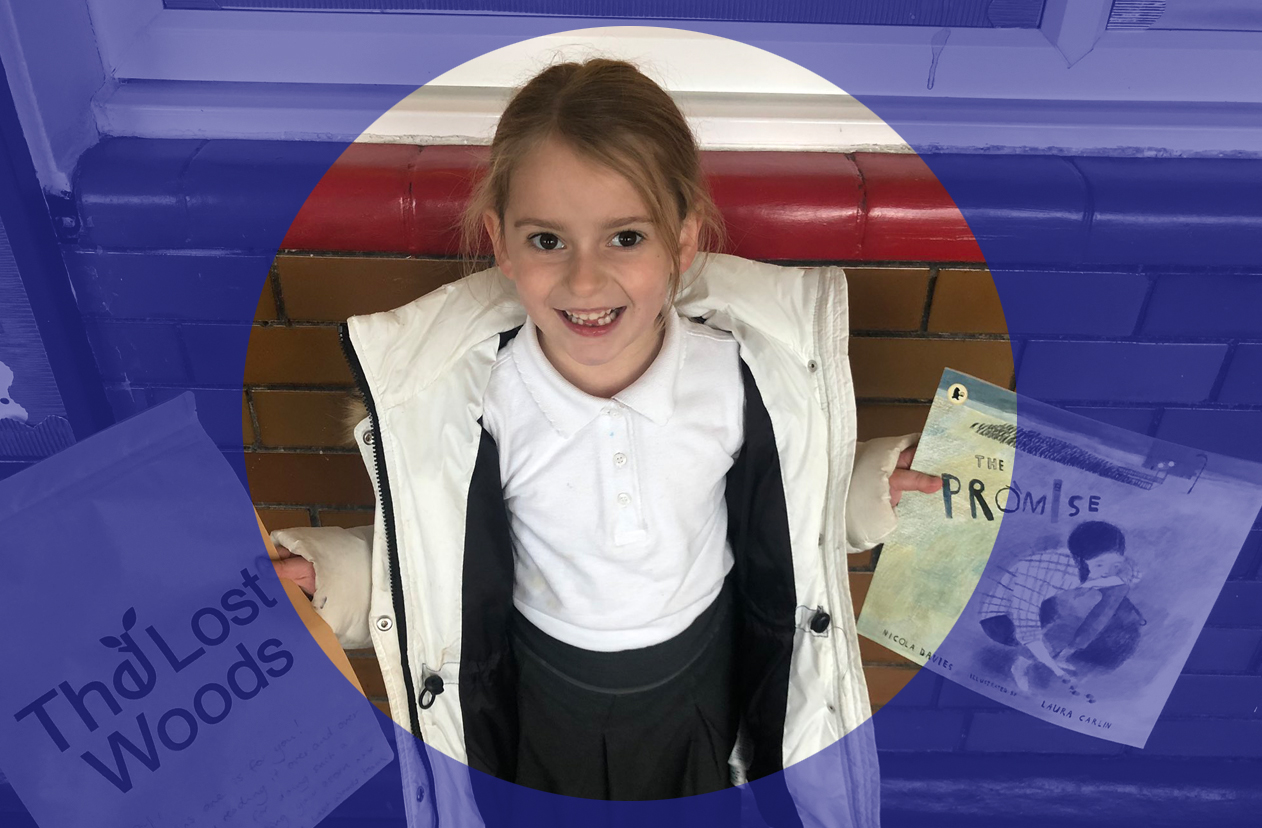 “Stories help us change the way we think. In the future we are going to have find new ways to do almost everything; that will require a profound change in our thinking, so that all we do respect our deep connection with our planet’s biodiversity.”

The Promise, adapted from Nicola Davies’ allegorical tale of nature and humanity, was launched to Scottish schools on 26 October, with an accompanying climate action pilot campaign. As part of the launch, The Promise gave away over 15,00 copies of the original book to nature-deprived schools, while the film’s saw over 227,000 views in the first two weeks of release, in addition to school screenings which paired the film with a variety of climate class activities.

Glasgow Science Centre is now launching the film again this week as part of their Our World Our Impact Hub on climate change. The Hub encourages vital conversation about the environment through a series of interactive online events, discussions, videos and challenges.

Writing exclusively for Source, The Promise author Nicola Davies discusses the impact of her work, and her hopes for “better, fairer, greener future.”

ONCE IN A BLUE MOON, a story just comes down your arm and onto the page. These are always the best ones – the favoured children who you love far more than the ones you struggle to bring into being.

The Promise, published in 2013 with visionary illustrations by the artist Laura Carlin, is my most favoured child. I felt Laura and I had created something very powerful, even though there was no launch or fanfare as our book entered the world. But to quote my own acorn-planting protagonist:

Nothing changed at first…

Shoots of green began to show.

Those green shoots came in the form of responses from readers: a woman working to build community gardens in areas of Afghanistan ravaged by conflict told me copies were being passed from hand to hand around the country; a boy in Boston, who came in to my session on his hands and knees, with three minders, told me that the story was ‘about him’. These and many, many more showed that The Promise spoke powerfully to those in most need of hope, of greening and the possibility of change.

The green shoots of response to the story have continued in the years since, but in 2020 they became a forest, thanks to the incredible animated film adaptation, produced and directed by Chi Thai, animated by Simon Ratliff and staring Katie Leung. It launched on BBC Ideas on 16 October and so far it’s had over 250,000 views and 15,00 school screenings. Not only that, but with backing from The Doc Society, we’ve been able to start an impact campaign to support nature deprived communities to make their spaces greener through planting acorns and planning urban woodland.

We teamed up with the Alexdanra Mackenzie of the Lost Woods project in Glasgow. Alex’s powerhouse energy helped to create a special Scottish launch of the film, with a Scottish Gaelic translation, music and readings, from Julie Fowlis and Karine Polwart. With the support of Glasgow City Council and the Glasgow Science Centre, the film is reaching out to thousands of Scottish children who want to learn about the threat of climate change and what they, and their government, need to do, to fight it.

The Promise film has demonstrated that it’s a powerful tool for opening conversations about the climate emergency, about the need for urban green space, and a renewed connection with nature and respect for biodiversity. So we are only just at the start of what this story can facilitate. Chi has plans to roll out a second wave of screenings of the film in schools and communities across the UK and to work with partner organisations that can help children, and communities, access land for tree planting and nature conservation. We have a special Welsh launch planned for the Spring, with a Welsh edition of the book, translated by Welsh Laureate Mererid Hopwood.

And after that… the world! Subtitles to the film are already available in 18 languages and the book has many, existing other language editions, including South American Spanish, Chinese, Japanese, Korean and more. In cities all over the world there is a growing need for a route to a more sustainable, greener, life-enhancing future for everyone.

The problems we face – the aftermath of Covid, and the global challenge of climate change – are so complex and so huge, it may seem ridiculous to suggest that a simple story could do anything to help. But the first step towards a better, fairer, greener, future is imagining what we want that future to be. Stories are the seeds of imagining. In their unbounded space we can combine the knowledge of the past in new ways, to find new solutions to our problems. Most of all stories help us change the way we think. In the future we are going to have find new ways to do almost everything; that will require a profound change in our thinking, so that all we do respect our deep connection with our planet’s biodiversity.

We may stand on the shoulders of giants but we can’t stand still, we have to climb higher, reach further than ever before, to face the greatest challenges our planet has faced since the comet that wiped out 85 percent of life on earth.

And stories are what will help us to do it, because although the detail of the solutions may be complex, the change from which they flow is not. Stories like The Promise can show the one change we need to make from which all others flow. They show us that mending our planet and changing the world can be simple as planting an acorn.