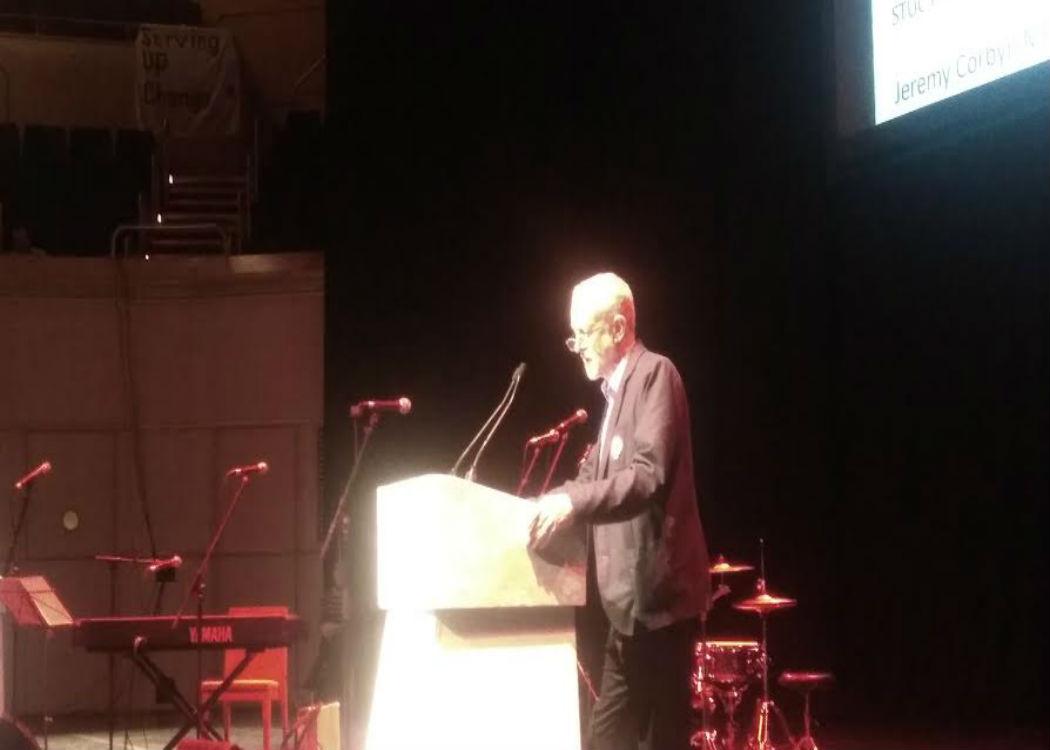 At the trade union rally in the Royal Concert Hall both party leaders rejected the bill as an attack on workers and human rights, stating that further measures would be necessary to resist the bill since it was likely to pass through parliament, having passed its third reading in the Commons.

Invited by Unite Scottish secretary Pat Rafferty to oppose the bill, Sturgeon answered she would make her feelings of “total, unequivocal opposition” clear with Prime Minister David Cameron in a “face-to-face” meeting.

She said: “I’ll do better than that. I’m going to meet the Prime Minister in Downing Street next week and will take the message from here that Scotland opposes your anti-trade union bill.”

Corbyn told the audience in the main Concert Hall that the new measures in the bill , which include restrictions on how members can fund their unions, increased thresholds for holding strikes and new powers to investigate and penalise union activity, would add to the UK already having “the most restrictive trade union laws in Europe”.

Corbyn said that a Labour government would scrap the bill and introduce a new charter of workers rights “that would apply to you from day one in your job” and also pledged to “end zero hours contracts”.

The comments came after news that attempts to exempt the Scotland from the anti-Trade Union Bill on the grounds that it would interfere with devolved functions of government had failed. The Presiding Officer of the Scottish parliament Tricia Marwick rejected the appeal.

At the event, Neil Findlay told CommonSpace: “I was very disappointed today that the presiding officer of the parliament has rejected a legislative consent motion on this trade union bill. It’s unacceptable and I hope that the parties unite in trying to overturn that.”

“There is an overwhelming majority in the Scottish parliament in opposition to the bill, the only thing that appears to be stopping us opposing it are the rules of the parliament, and clearly this is legislation that affects the powers of the Scottish Government.”

“It’s important we speak with one voice against the trade union bill which is an affront to working people.”

Over the last year the Labour party has repeatedly opposed devolving control of trade union rights to the Scottish Parliament, leaving control in the hands of the Conservative party at Westminster.

The night also saw a presentation by speakers from the Better than Zero campaign, who have been waging a campaign of inventive protest against employers of precarious workers in the hospitality sector in Scotland for several months.