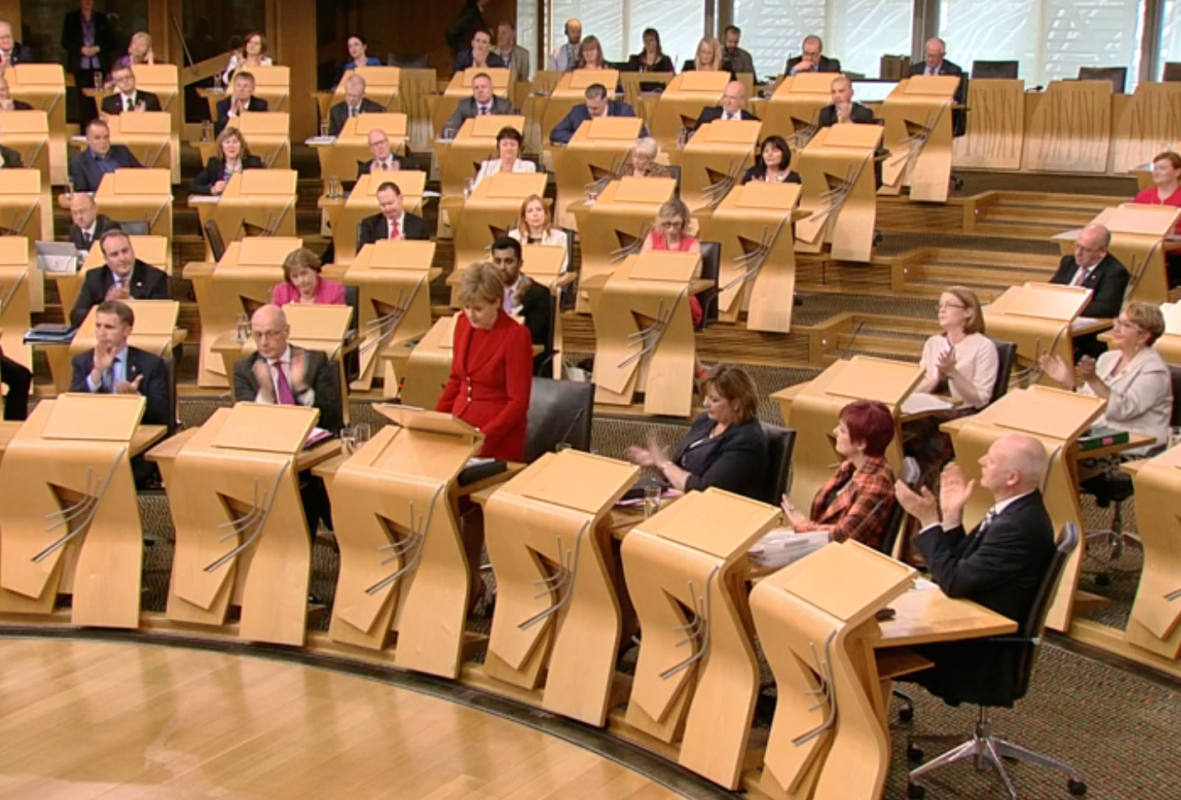 THE SCOTTISH GOVERNMENT kicked off its attempts to deliver the SNP’s 2016 manifesto with 15 legislative proposals for the beginning of the new parliamentary session.

New laws for the economy, housing, local government, and child poverty will be complimented by the new social security powers.

A £500m investment fund will also be established over the next three years to support economic growth.

First Minister Nicola Sturgeon said that the programme for government “demonstrates how we will implement the mandate the people of Scotland gave us to drive sustainable economic growth, reform education and create opportunities for all, transform our public services and empower local communities.”

Measures in the programme include:

The bill will establish the rules for the devolution of air passenger taxation, that the government plans to cut in half.

The budget bill will approve the government’s spending decisions.

The bill will create a duty for ministers to deliver child poverty delivery plans.

This bill will reform contract law, as proposed by the Scottish Law Commission.

The bill will confront the scourge of domestic violence through a new offence to criminalise psychological abuse, while modernising the treatment of domestic abuse in the courts system.

The bill will attempt to reform access and costs of the civil court system.

The bill will respond to the full devolution of powers relating to forestry by establishing a new public body with the freedom to manage publicly owned land.

The bill will seek to address gender inequalities, including for non-executive appointments to the boards of Scottish public authorities.

The bill will ensure the status of social landlords is protected from being reclassified.

The bill will create an Islands plan, legal flexibility on council representation at island level, and extend more powers to island communities.

The bill will seek to remove barriers to child abuse survivors, as recommended by the  Scottish Human Rights Commission.

The bill, one of the most substantial in the programme, will establish a Scottish Social Security Agency – following the further devolution of powers over welfare.

The bill will ban the use of circus animals in traveling shows on ethical grounds.

A consultation will be published on a draft independence referendum, should it be necessary in response to the Brexit vote.