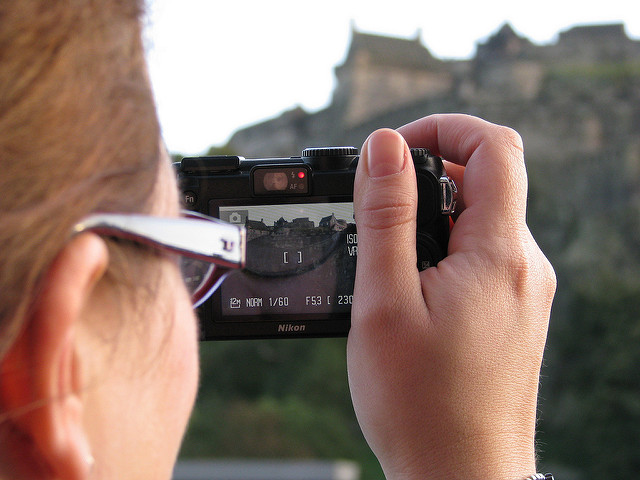 Andy Wightman: “The SNP government has been resisting a visitor charge for almost a decade and so it’s no surprise that patience is wearing thin”

Sturgeon made the announcement during a speech at the Scottish Tourism Alliance annual conference, stating: “We will be accepting the STA’s call for an objective process of consultation – involving the STA, Cosla and other key partners – which will examine in detail the arguments for and against a tourism tax.

“We are determined that all voices will be heard and that the details of the process will be properly set out shortly.”

Edinburgh Council, which has by far the highest number of tourists of any council in Scotland, is itself consulting on a proposal to levy either £2 per night or 2% of a hotel booking cost on tourists, capped at seven days, which they say could contribute £11 million per year towards public service provision. Survey work by the council found such a levy was unlikely to put tourists off visiting Scotland’s capital.

READ MORE – ‘Local councils versus the Scottish Parliament’: Does the debate around local government need to change?

A Commission on Local Tax Reform established by the Scottish Government called for “an end” to the Council Tax as it is currently constituted when it reported in 2016, but the SNP subsequently decided to make minor reforms to increase the progressivity of the tax, raising the levy for those in higher property bands, as well as give local authorities the power to increase or decrease the council tax rate across all bands by 3 per cent.

The Greens have called for it to be scrapped and replaced by a locally controlled tax levied on land/property, and along with Labour have backed the Tourist Tax idea. After supporting the minority SNP Government’s 2018/19 Budget, the party stated they would not support Finance Minister Derek Mackay’s upcoming Budget – the first draft of which will be published in December – unless “serious” local tax reform is forthcoming.

READ MORE – ‘Council Tax has to go’: Patrick Harvie on tax reform and a new philosophy for local government

Scottish Greens local government spokesperson Andy Wightman MSP said: “Local government is facing significant challenges. Satisfaction with public services is falling, frontline staff are stretched and councils are struggling to meet demand. Normal countries in Europe have local government that has greater fiscal autonomy, a wider tax base and greater powers. The SNP government has been resisting a visitor charge for almost a decade and so it’s no surprise that patience is wearing thin.

“Polling by Panelbase shows that 85 per cent of Scots support giving councils powers to raise revenue from land, property and tourism. Scottish Greens have prevented cuts to councils in the last two budgets but we’ve given fair warning that we cannot discuss the next budget unless we see meaningful steps from the Government on fairer funding for local services.  A tourist tax is the very least of the steps that need to be taken to overhaul local government finance.”

Scottish Labour Communities spokesperson Monica Lennon responded by saying the consultation “must not be an excuse for the government to kick the issue into the long grass.”

“Labour stands for more economic power into the hands of our local communities, including the ability to set a tourist tax,” she added.

A spokesperson for the Scottish Tourism Alliance responded to Sturgeon’s announcement by stating: “The STA reiterated its request to the Scottish Government last week, that an objective, well-informed national debate takes place before any decisions are made on granting local authorities the power to raise additional funds via a Transient Visitor Levy.

“We are delighted that the First Minister has acknowledged the STA’s approach and commitment to growing Scotland’s tourism industry at our conference today and we look forward to our continued positive dialogue with the Scottish Government to learn more detail of today’s announcement in the coming weeks.”

The announcement comes ahead of the SNP’s annual conference, running in Glasgow from 6-8 October.