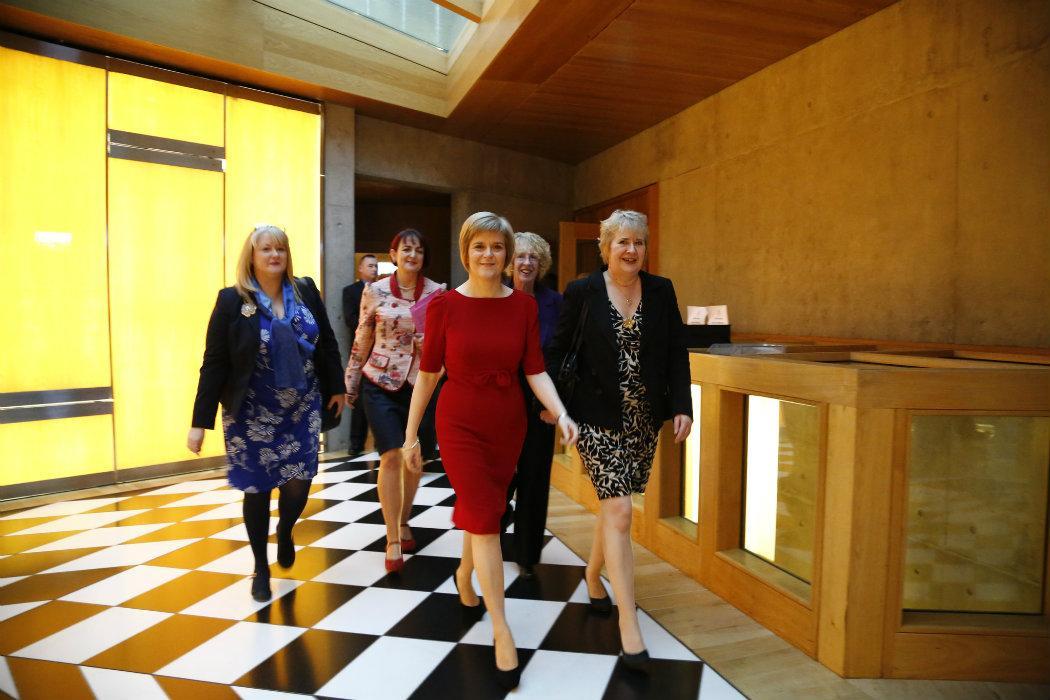 SELECTION of political candidates must change if the Scottish National Party (SNP) is to move towards a gender balance of male and female politicians, according to First Minister Nicola Sturgeon.

The national executive committee of the party proposes to establish all-women shortlists (political selections only for women candidates) for next year’s Scottish Parliament elections. Sturgeon has backed the proposals as a necessary structural step towards a more equal balance of SNP candidates.

The National newspaper quoted Sturgeon as saying: “I think people should get on on merit. The problem is that’s not what happens very often just now. If we had a system that was purely based on merit, we’d have gender balance because women are 52 per cent of the population, and unless you think that women are somehow less capable, then if we had a merit-based system we wouldn’t have these problems of under-representation of women.

“I do think we need to look at system-wide approaches to deal with that so we can one day get to a position where all of these decisions are entirely based on merit.” (Click here to read more).

Currently the SNP has 47 male MSPs to just 17 women MSPs. In 2010, only 17 of the SNP’s 59 candidates for Westminster were women. Although this figure has risen to 21, the number of women candidates remains far below the 50 per cent target set by political campaigners such as Women for Independence.

Only 24 per cent of Scotland’s councillors and 22 per cent of total Westminster members of parliament are women.

Writer and campaigner Kate Higgins backed the proposals for all-women shortlists on her blog, explaining that previous measures have been inadequate to address structural inequalities in politics.

Higgins said: “The party can rightly point to the progress made in recent times. There are more women than ever before selected for Westminster seats and that’s testament not just to the formidable talent in the ranks of approved candidates but also to the willingness of local party organisations to select the best person to represent them in their constituencies in this contest.

“But women still make up under 40 per cent of the total candidates standing for Westminster and it will only be if we get into landslide territory on May 7th that significant numbers of them will be elected.” (Click here to read more).

However, some members of the SNP are preparing to challenge the measure when it is debated at the party conference in Glasgow this weekend.

The Avondale SNP branch has proposed an amendment to remove the shortlists proposal.

Secretary Patrick McGuire explained the amendment to Scotland on Sunday, stating: “If there is a selection process for anything then it should be the best person regardless of genderm” he said.

“Really if that creates an imbalance, it is a fair imbalance because it is the best person for the job,” McGuire added.

With the support of the party leadership, the proposal is expected to be passed at SNP conference.